Filibuster Chatter Speaks to Problems With Policy, Not Institutions 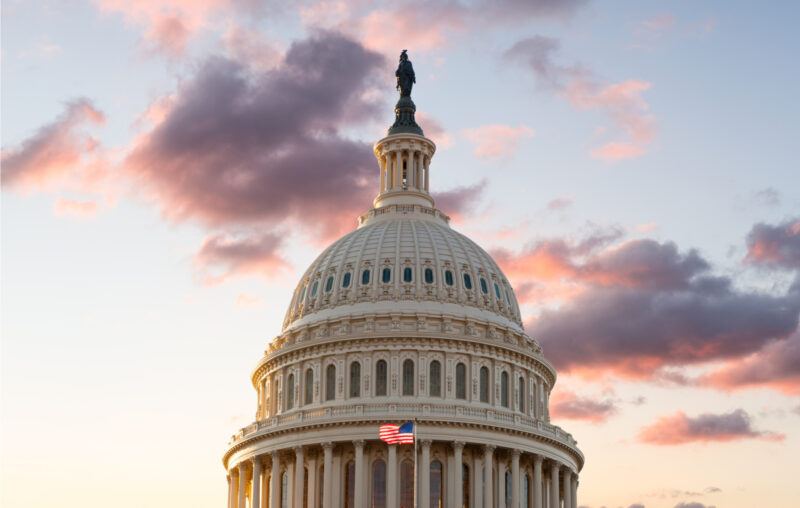 One year into his presidency, Joe Biden is in desperate search of something – anything – to demonstrate that his administration is on the right track. Whether he succeeds depends almost entirely on building a semblance of consensus in Congress and, especially, in the Senate.

There is one problem, however. As of late, the Senate isn’t buying what the administration is selling. From Build Back Better to voting integrity legislation, President Biden’s agenda is consistently running up against the reality that his friends in the Senate aren’t eager to back.

In its desperate attempt to keep the progressives at the furthest left reaches of American politics happy, the Biden White House has lurched from big idea to big idea, racking up trillions in potential new spending along the way. But while these ideas may rack up the likes and retweets among the vocal minority on liberal Twitter, they haven’t translated to legislative progress. Reality, it seems, hasn’t been a primary consideration in advancing the Biden agenda.

Now, facing long odds for two signature packages yet again – voting legislation and Build Back Better – Biden and his allies on Capitol Hill are trying a new tack. If it appears a piece of priority legislation doesn’t have the votes to pass, they’ll simply change the rules of the Senate, modifying the filibuster to create a path to passage that circumvents the need to build consensus. That may sound simple, but it’s beneath the most august lawmaking body in history.

For a president whose value proposition on the campaign trail hinged so heavily on respect for Congress and willingness to build alliances within the higher chamber by calling on decades of experience as a senator from Delaware, this attempt to circumvent the order of the Senate feels highly cynical. Rather than working within the constraints of the higher chamber – and all its undeniable idiosyncrasies – they’ll simply tear these longstanding constructs down and build something more favorable to their worldview in their place.

It’s hard to watch, and it calls to mind the angry kid at the park so sore that the game isn’t going his way he decides to take his ball and go home. Or, at a minimum, change the rules of the game so he can win first and foremost, regardless of whether his team scores more points.

The pundit class is quick to blame the GOP – and progressive boogeymen like Sen. Joe Manchin and Kyrsten Sinema – for the stalled Biden agenda. They’ll say that were it not for Republican obstructionism and the failure of two moderate Democrats to come to the table in good faith, President Biden’s agenda and its landmark legislation would have sailed to passage. We’d be living in a new utopia by now, in other words, if only a few senators would have fallen in line and left their beliefs and convictions – and the best interests of their constituents – on the cloakroom floor. But if you stand opposite of Bernie Sanders on this issue, are you really in the wrong?

Amid all the demonization and the flailing effort to pin the blame on obstructionism or partisanship, there’s been far too little focus on one simple fact: these measures struggle and fail not because the system is broken or rigged. They struggle and fail because a majority of the Senate disapproves of them. They disapprove for reasons that range from fiscal irresponsibility to philosophical differences to minutiae about how or whether the policy will function if passed. The reasons are varied, but the opinions are earnestly formed and honestly held.

This opposition isn’t some political peculiarity. It’s a central part of American democracy – a step in the deliberative process that must be navigated in a practical way if the goal of such deliberation is, indeed, a workable policy that makes the country better. And while there are no doubt grandstanders and showboats will abuse the process and try to score political points through their obstinance, it’s a president’s job to stay above that fray, difficult as it may be.

The answer to a stalled agenda isn’t tearing up the rule book and drawing a new one that suits you better. The answer is better policy. It’s more collaboration and a deeper, more sincere effort to build partnerships and process opinions that differ from yours. It’s not easy to do, no doubt, and today’s caustic online environment means it’s likely harder now than it’s ever been. But that’s the job Biden set out to do.

Forgive me if I don’t hold my breath on this one.

This article, Filibuster Chatter Speaks to Problems With Policy, Not Institutions, was originally published by the American Institute for Economic Research and appears here with permission. Please support their efforts.

Costco is not lifting the price of its $1.50 hot dog — but here’s the food item where it succumbed to inflation pressure

‘Joe Died Of A Broken Heart’: Relatives Grieve Over Husband Of Murdered Teacher