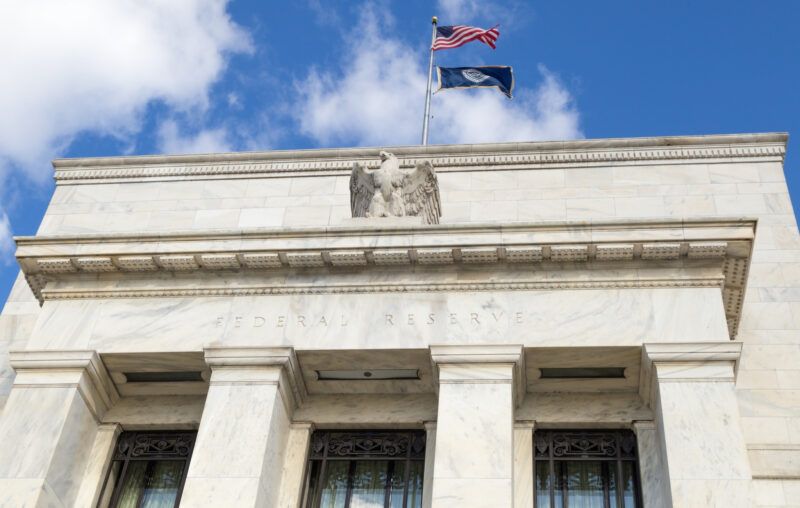 First published by The Hill

Federal Reserve Chair Jerome Powell has come under criticism for seriously underestimating and then failing to respond to the recent high levels of U.S. price inflation. The Federal Open Market Committee (FOMC) may have finally shifted gears by raising interest rates 0.75 of a percentage point at its June meeting. But many questions remain about Fed policy and its plans to address inflation.

The FOMC typically meets eight times per year to determine the stance of monetary policy. After each meeting, Chair Powell holds a press conference where he takes questions from the media. Most reporters ask about the state of inflation or the Fed’s interest rate decisions, while important policy questions go unasked.

Here are five important questions that would help the public better understand the Fed’s monetary policy.

Prior to the pandemic, the FOMC had a stated goal of 2 percent annual inflation. In August 2020, the FOMC announced a new policy of average inflation targeting (AIT).

Powell explained that this new regime is intended to average 2 percent inflation over time. He gave the example that “when inflation has been running below 2 percent, appropriate monetary policy will likely aim to achieve inflation moderately above 2 percent for some time.”

That language seemed to imply that the opposite would also be true: that when inflation is running above 2 percent, the Fed would aim to achieve inflation moderately below two percent in the future in order to average 2 percent over time. However, Powell has since clarified that this is not the case. “There’s nothing in our framework about having inflation run below 2 percent,” he said. In other words, the AIT is not a symmetric policy.

Given this uncertainty, it seems fair to ask: What are the FOMC’s inflation targets for the short and medium terms, and does Powell expect to achieve those targets?

2. How can an asymmetric average inflation target anchor expectation?

When the Fed adopted its AIT, it said the new policy would help “anchor long-term inflation expectation.” But the policy – as clarified by Powell – does not seem to be consistent with that goal.

Powell recently acknowledged that “an extended period of high inflation could push longer-term expectations uncomfortably higher.” Does he still believe the AIT policy is helpful in anchoring inflation expectations? If so, how does he think it works?

3. Does money cause inflation?

Milton Friedman famously argued that “inflation is always and everywhere a monetary phenomenon in the sense that it is and can be produced only by a more rapid increase in the quantity of money than in output.”

Chair Powell seems to disagree. In his recent testimony, he said that “there was a time when monetary policy aggregates were important determinants of inflation and that has not been the case for a long time.” He further explained, “the correlation between […] M2 and inflation is just very, very low.”

It’s not totally clear what Powell meant by this. He mentions both M2 and “monetary policy aggregates.” The relationship between simple sum measures like M2 and inflation are tenuous. However, research by Joshua Hendrickson shows that more appropriate measures of money (i.e., Divisia monetary aggregates) are causally related to nominal spending and the price level.

Powell should be prompted to clarify his view. Does he deny that there is any causal relationship between money growth and inflation? Or does he merely think that money is not the only potential cause of inflation. Perhaps he thinks excessive money growth is not the cause of inflation in this particular case, attributing the rise in prices to supply disturbances instead. Whatever the case, he should be clear.

In 2008, when the Fed started quantitative easing (QE) and began paying interest on reserves (IOR) that banks hold at the Fed, it converted its monetary framework from a corridor system to a floor system. Given this change, some economists at the Fed say the rate of IOR, in conjunction with the rate on overnight reverse repurchase agreements (ONRRPs), is the “key tool” of monetary policy.

But Chair Powell seems to disagree. He discusses the rates of IOR and ONRRPs only as an afterthought or when specifically asked about them. Even then, he refers to them only as a “technical adjustment” to the Fed’s administered interest rates.

Given the extreme divergence between his statements and those made by Fed economists, it seems worth asking what role Powell believes the rate of IOR and ONRRPs play in the Fed’s monetary policy.

5. Will the Fed withdraw from the Network for Greening the Financial System?

The Fed has recently taken on a new role in climate policy. Powell says the Fed’s role is limited to assessing climate-related risk to the financial system and that it should not be setting broader economic policy related to climate change.

Since 2020, however, the Fed has been a member of the Network for Greening the Financial System (NGFS). The stated purpose of this organization is to “mobilize mainstream finance to support the transition toward a sustainable economy.” More specifically, it aims “to mobilize capital for green and low-carbon investments.”

Powell says that the Fed is not interested in allocating credit, but the purpose of the NGFS is to direct credit to green and low-carbon investments. Will Powell commit to withdrawing the Fed’s membership in the NGFS?

These are important questions that Chair Powell should answer. But, first, the questions must be asked.

This article, Five Questions for Fed Chair Jerome Powell, was originally published by the American Institute for Economic Research and appears here with permission. Please support their efforts.