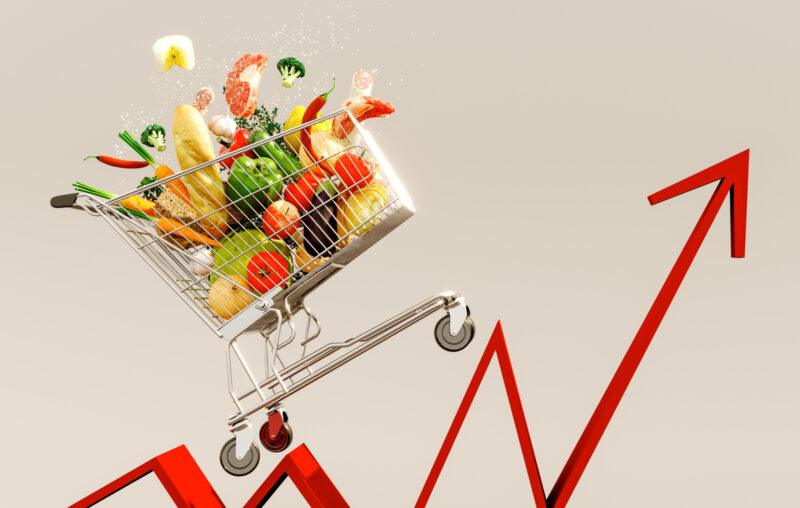 Fed officials raised their projections for inflation this week. The median Federal Open Market Committee (FOMC) member now projects inflation will be 5.2 percent in 2022, up from 4.3 percent projected back in March. The most recent revision follows a string of misses at the Fed, which has consistently underestimated the extent to which prices would grow over the last year and a half. The median FOMC member’s projection of inflation has increased every quarter since June 2020.

The Personal Consumption Expenditures Price Index (PCEPI), which is the Fed’s preferred measure for inflation, grew at a continuously-compounding annual rate of 6.1 percent from April 2021 to April 2022. Core PCEPI, which excludes volatile food and energy prices, grew 4.8 percent. The extraordinary growth in the Consumer Price Index, released last Friday, portends an uptick in PCEPI inflation for May.

It is difficult to predict how the FOMC will conduct monetary policy over the next few years. It raised its federal funds rate target by 75 basis points on June 15, even though Chair Powell seemed to have ruled out increases of greater than 50 basis points after the previous meeting.

The FOMC says it will continue hiking rates and reducing its balance sheet to bring inflation back down to 2 percent. But inflation looks likely to remain above the Fed’s target for some time. Immediately following this week’s FOMC meeting, bond markets were pricing in around 2.80 percent inflation on average over the next five years, down from 2.86 percent the week prior.

FOMC member projections provide some indication of how quickly the Fed intends to bring down inflation. Members are asked to project inflation under the assumption that the Fed conducts monetary policy appropriately. Hence, the projections indicate how inflation will evolve if FOMC members do what they say they should do.

Higher projected inflation rates over the next three years suggest prices will be much higher than previously implied by Fed officials. We forecast prices from FOMC member projections under the assumptions that (1) FOMC members set monetary policy consistent with their projections, (2) inflation is constant from month to month across each year, and (3) there are no unforeseen shocks to the economy over the forecast period. Forecasts from projections made since December 2020 are presented alongside the actual time series from January 2020 to April 2022 in Figure 1.

It seems clear that the Fed has abandoned the plain meaning of its average inflation target. Inflation has been above target for more than a year. The Fed does not intend to offset this period of above-target inflation with a period of below-target inflation, to ensure that inflation is on target on average. It is not even committed to bringing inflation back down to 2 percent very quickly. The median FOMC member currently projects inflation will remain above target through 2024.

We had better get used to high inflation. We will likely be dealing with it for years.

This article, FOMC Projects Even Higher Inflation, was originally published by the American Institute for Economic Research and appears here with permission. Please support their efforts.