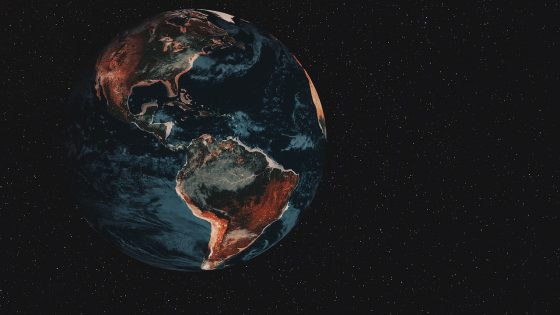 I don’t think that people realize how severe this crisis will eventually become.  Never before in modern history have we seen global food production being hit by so many major problems all at once.  It truly is a “perfect storm”, and hundreds of millions of people are going to deeply suffer as a result.  I would very much encourage you to share this article with as many people as you can, because everyone needs this information.  As I discussed yesterday, things may be somewhat bad right now, but conditions will eventually get much worse as the months roll along.

I am going to share a lot of statistics in this article, and each number is important.

But ultimately it is the collective impact of all of these factors together that is really going to hammer us.

Let me start by talking about rice.  According to Bloomberg, the global fertilizer crisis is going to result in a loss of production worldwide that is the equivalent of enough food to feed “500 million people”…

From India to Vietnam and the Philippines, prices of crop nutrients crucial to boosting food production have doubled or tripled in the past year alone. Lower fertilizer use may mean a smaller crop. The International Rice Research Institute predicts that yields could drop 10% in the next season, translating to a loss of 36 million tons of rice, or the equivalent of feeding 500 million people.

We don’t eat that much rice in the western world, but in Asia it is a core staple of their diets.

How will all of that food be replaced?

Well, they could eat more wheat, but there is going to be a lot less wheat produced in 2022 as well.  In fact, one agricultural commodity expert is warning that the war in Ukraine alone could mean that “between 19 million and 34 million tons of export production could disappear this year”…

Globally, there are six breadbaskets that together supply roughly 60 to 70 percent of global agricultural commodities. The Ukraine–Russia region is responsible for roughly 30 percent of global exports of wheat and 65 percent of sunflower, in a context where those markets are increasingly tight and interconnected—so a slight disruption in supply creates some impact on price.

Of course, we don’t know what the length and scale of this conflict will be. We ran some scenarios, and from our perspective, between 19 million and 34 million tons of export production could disappear this year. If we fast-forward to 2023, the figure could be between ten million and 43 million tons. To translate, that represents caloric intake for 60 million to 150 million people.

I don’t know about you, but I regularly eat a lot of things that contain wheat, and so do hundreds of millions of others.

So this is going to be a huge issue.

And we are already seeing wheat prices go completely insane.  From early March to early April, the price of wheat jumped almost 20 percent…

Global food prices rose to their highest-ever level in March, the United Nations Food and Agriculture Organization reported April 8, with wheat prices up nearly 20% from a month earlier.

Unfortunately, the outlook for the months ahead is very troubling due to bizarre weather patterns all over the planet.

Here in the United States, much of our winter wheat has been devastated by persistent drought…

On the other side of the globe, parts of northern Africa are experiencing their “worst drought in decades”…

Morocco’s agriculture minister said the North African country would likely lose 53 percent of its cereals harvest after experiencing the worst drought in decades. Rainfall was 41 percent less than average this season.

So how will all of that food be replaced?

Well, I suppose that we could all eat more corn, but the outlook for corn is not good either.

Russia and Ukraine are normally two of the largest global exporters of corn, but now the war has changed everything, and there have been very serious planting delays here in the United States…

Chicago corn was largely unchanged on Wednesday and near a decade-high scaled in the previous session, as traders fretted over planting delays in the United States and a lack of supplies from war-torn Ukraine.

According to NPR, the total death toll has now risen to “more than 28 million”…

More than 28 million poultry birds, like chickens and turkeys, have been lost in the U.S. because of a new bird flu. The virus either made the birds sick or they were culled to prevent its spread. Unlike previous bird flus, this one is also affecting a lot of wild birds. As NPR’s Nell Greenfieldboyce explains, that could keep the virus in circulation for a long time.

The vast majority of the time, most of us never even think about where our food comes from.

But that needs to change, because food production systems are collapsing all over the world.

Before I end this article, I wanted to share the tragic news that the headquarters of Azure Standard just burned to the ground…

Dear friends, the headquarters of Azure Standard, the nation’s premier independent distributor of organic and healthy food, was destroyed by fire overnight. There were no injuries. The cause of the fire is unknown and under investigation. The loss of the facility and the impact on company-wide operations is being assessed and expected to be limited and temporary. No other Azure Standard facilities were affected.

I personally know people that get food from Azure Standard, and many of my readers regularly shop with them.

Let us hope that authorities can discover how the fire was caused.

Until we know more, I will refrain from saying too much about what happened.

For years, we have been warned that a global food crisis was coming, and now it has officially arrived.

And with each passing day, more things are happening which threaten to make it even worse.

For now we are still eating food that has already been produced.  The real problem will come in the months ahead when total global production of food drops well below total global demand for food.