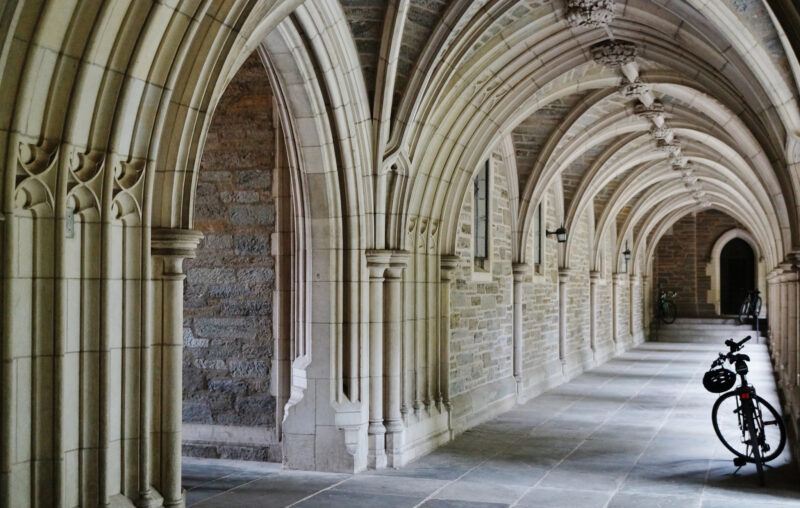 A lot of attention is being given to the debate over why student loans should or shouldn’t be forgiven. This entire issue comes down to who should be responsible for the economic burden of the loans, because they cannot simply be wished away. Someone has to pay for them. President Biden’s campaign was clear on the matter, as was the President himself early into his term. After taking office, Biden stated during a CNN town hall “I promise you, I guarantee you we’re going to get free community college in the next several years across the board.”

This promise has yet to be fulfilled, and it might never have really mattered in the first place since several states already offer free access to community colleges and tuition-free colleges do exist. But with loan forgiveness being the topic du jour damn near everywhere, who’s going to opt for free community college now when loan payments for four-year institutions may soon be a thing of the past? We seem to have moved away from “free” tuition to discussions of loan forgiveness almost entirely, and with good reason. People will sensibly want to attend the best, most expensive colleges they can find.

It seems that pie-in-the-sky plans for tuition-free college were just too flawed to go anywhere — and this was most notably conveyed in an analysis by Georgetown University’s Center on Education and the Workforce. Their report dissected Hillary Clinton’s free-college plan and found the negatives to outweigh the positives, and the same thing happened when Biden put forth his free-college proposal. Concerns ranged from the swelling of enrollments in public institutions (forcing closures of small liberal arts colleges), to the deepening of socioeconomic divides, to the promotion of degree inflation.

This came to a head when the student loan repayment pause (implemented by the Trump administration as part of COVID-19 relief efforts) ignited considerations for a complete cancellation of debt. And given that the repayment pause has been granted recurring extensions by the Biden Administration (so far, six times), a permanent pause seems plausible.

Above and beyond that, since the Biden administration is in dire need of a boost in approval ratings and polls show Democratic and Millennial voters to be in favor of student loan forgiveness, it’s no wonder media attention is again being granted to this topic.

Millennials have a vested interest in this debate since this generation comprises the largest number of student loan borrowers. And Democrats have a vested interest in Millennials since they not only make up the largest working age population, but also will soon outnumber Baby Boomers as the largest voting bloc. Not surprisingly, Senator Bernie Sanders and Senator Elizabeth Warren are not holding back any pressure on the Biden administration for having society shoulder student loans as a means to retain party power.

Colleges and universities have more than their share of funding schemes, and a variety of philanthropic donors. And today’s scholarships are quite far reaching – spanning from weird (with connections to abstinence or asparagus) to branded (provided by the likes of Taco Bell or Dell). Scholarships related to collegiate sports and military service have only expanded over time and, according to Sportico, the United States military is bringing forth a new proposal to fund scholarships for college athletes in exchange for military service. Additional options for tuition assistance that are career-specific or college-specific have also evolved, and aid opportunities which are merit-based or need-based, along with programming for minority groups as well as other identifications and associations have developed and expanded.

And for students in the lowest income brackets, the ability to attend public institutions at no cost or to receive beneficial income-based repayment terms is already available according to a report conducted by the Manhattan Institute.

There are also retroactive options being provided by federal and state programs to forgive student debt, particularly for those pursuing careers in public service positions. On the topic of public service, Barack and Michelle Obama, in collaboration with Airbnb founder Brian Chesky, launched just this month the Voyager Scholarship for students who plan to pursue public service post graduation. As noted in Bloomberg, the Obama-Chesky $100 million scholarship “is intended to support 100 students in its first year with plans to expand” and it is being made available to students entering their junior year at an accredited US university and “who have demonstrated a financial need.” This scholarship seems unnecessary if debt cancellation were a serious consideration for Democrats.

The Market is Already Making Up the Difference

In addition to these creative contributions, students have also been taking matters into their own hands by exploring alternative means for cost-savings. For instance, students are now fast-tracking their premium degree with online summer/winter term courses at low-cost community colleges, or taking advantage of commuter status and benefiting from living at home. Other options include applying for work-study programming or even for full-time employee status, which brings along with it the potential for tuition remission. Perhaps most intriguing is the growing interest from the corporate realm for financing or even providing degree programs.

Tuition reimbursement programs are gaining popularity among industry leaders, and this will likely influence others to follow suit. Just as companies took on healthcare costs due to government interference (in relation to the 1942 wage cap that resulted in firms offering healthcare coverage as additional compensation), companies are now doing the same with college costs (also high due to government interference).

If the government institutes taxpayer-financed student debt relief, this would not only be a regressive policy to the dismay of non-degree holders (or those who have repaid their loans), it would also cause a dramatic disruption to higher ed systems and do little to offset growing costs. In fact, operational costs would likely increase since debt cancellation or subsidized programs could attract higher enrollments, and higher enrollments do not equate to higher success rates or a guarantee of degree attainment. Admission in higher ed has trended upward within the US, but so has a high dropout rate, which would doubtlessly worsen if students have limited or uninhibited buy-in.

So, before all Americans become the bearers of ivory tower bills, greater consideration should be given to the various spillover costs involved. As in the words of Thomas Sowell, “There are no solutions, there are only trade-offs.”

This article, Forgotten Factors in the Student Debt Debate, was originally published by the American Institute for Economic Research and appears here with permission. Please support their efforts.

Retirement Weekly: 10 things to talk about with your financial adviser