From Republic to Democracy to Kakistocracy 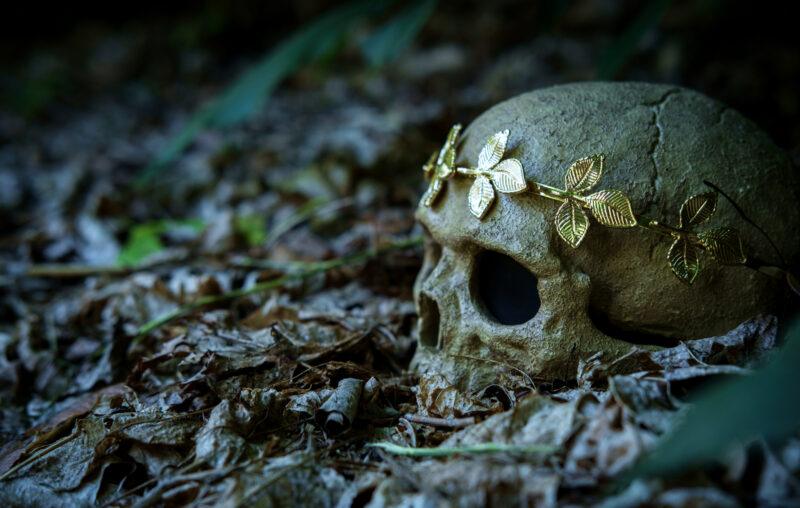 At the end of the Constitutional Convention, when Benjamin Franklin was asked what form of government the delegates had given America, he said, “A Republic, if you can keep it.” That answer, from a still-esteemed Founder, is particularly noteworthy in our current political environment. Praise is heaped on democracy, while almost no one uses the word republic anymore, much less how a republic is different from a democracy and can, in fact, be over-ridden by its democratic elements. Further, as Leonard Read warned us about almost a half century ago, the differences have turned our democracy into a kakistocracy.

Given that the word kakistocracy is now virtually unknown, defining it seems the best place to start the discussion. Read defined it as “a government by the worst men,” perhaps echoing Friedrich Hayek’s “Why the Worst Get on Top,” Chapter 10 in his famous The Road to Serfdom, with a hat tip to James Russell Lowell’s 1876 version—“a government…for the benefit of knaves at the cost of fools.”

So how do we get from a republic to a democracy, and how does democracy become a kakistocracy during a period when democracy is so highly praised?

Democracy does play a role in a republic, as citizens may democratically determine the agents who are to represent them in government. That probably accounts for a good part of people’s current confusion between the two terms. But in a constitutional republic, more important than democratic selection are the constitutional limits on what our political agents are empowered to decide. They are only authorized to act for us in areas delegated to them. In contrast, the term democracy leaves undefined what issues are to be decided by majority rule. But democratically deciding issues that citizens have not delegated to government, overstepping the legitimate boundaries of a constitutional republic—and there are many such issues—harms Americans more than it helps. And the possibility of controlling and benefitting from that destructive process is the impetus that leads to kakistocracy.

To best understand the limits of our constitutional republic, we should turn to English philosopher John Locke’s Second Treatise on Government, because it has been said that Jefferson’s Declaration of Independence “succeeded admirably in condensing Locke’s fundamental argument into a few hundred words.”

Locke posited that “the end of law…is to preserve and enlarge freedom…from restraint and violence by others.” So he proposed a state’s existing to advance the welfare of all its citizens (the plain meaning of advancing the general welfare), as the only type of government all members of a society would voluntarily join.

What could a government restricted to solely advancing citizens’ general welfare—achieving more of what citizens agreed on than they could do for themselves–do? Only one essential thing, deriving from individuals’ “natural rights” to themselves and their productive efforts–better defending citizens and their property. Self-ownership is limited in effectiveness because an individual defending his rights against violation could be overwhelmed by superior force. Therefore, “the preservation of property being the end of government, and that for which men enter society,” joining together to jointly defend everyone’s property would make all more secure, expanding the consequent voluntary arrangements which immensely benefit every one of us.

But why is the list of Lockean government activities so short (though not as short as it appears at first glance, as it includes national defense—protecting us and our property from foreign attack—as well as providing police, courts and prisons—protecting us from our neighbors’ assaults on us and our property)? In a nutshell, it is because we would normally do better for ourselves with our own resources than government would do for us with those resources, reflecting the facts that we know more about ourselves than those in government, we care more about ourselves than those in government, and we are not allowed to coerce others to bear the costs of what we want, unlike government. Only in areas where the benefits requiring coercion (government’s only comparative advantage) to achieve are large enough to overcome government’s huge defects in advancing our joint interests can government “for the people” be justified.

Stated in another way, government actions that go beyond better defending the rights of all must benefit some at the expense of others. Since in Locke’s words, “The supreme power cannot take from any man any part of his property without his own consent,” whenever that limit is violated, “by this breach of trust they forfeit the power the people had put into their hands for quite contrary ends.”

When we go beyond what we all benefit from, joint determination inherently entails coercion of unwilling citizens, violating their rights. But superficial thinking hides just how much we disagree, and so how large the coercion and harm would be from democratically determining a vast range of things. It is true that we all want food, clothing, shelter, health care, etc., etc., as people often cite as proof of people’s agreement about what we want. However, even if that is so, we still vastly disagree about what we want. We want different types and amounts of all such goods. We do not want them to be of the same quality, available at the same time and in the same place. We do not want them for the same people. We do not agree on who should pay for them. We also vary widely in the tradeoffs we are willing to make among our desires. Such differences mean majority determination of those issues must override many people’s rights and so cannot advance our common interests.

Leonard Read characterized such overstepping as involving three types of parties—those “from whom honestly earned property is taken,” those “to whom someone else’s property is given,” and those “in command of the instruments of compulsion.” And the last provides the impetus for kakistocracy, because “Authoritarians, and all who support the forcible taking from some to distribute to others, exemplify both knavery and foolishness.”

Such authoritarians benefit themselves with more power or public acclaim or self-satisfaction, forcibly paid for by others, which “is knavery, pure and simple.” And it is foolishness (or a fool’s errand) as well, because once coercive impositions are necessary, the general welfare cannot be advanced, but can certainly be undermined. But modern politics focuses almost exclusively on enabling such knavery and foolishness.

Just think of our current crop of government “leaders.” How much of their power has come from promising so much “something for nothing” for some groups and ignoring how that requires imposing “nothing for something” deals on the rest of us? How often did they demonize those citizens government was trying to rob rather than advancing their interests? How many times did they intentionally mislead or lie to Americans in the process? How many “crises” and “emergencies” have they made up to justify what is unjustifiable, as well as far outside the Constitution? How many times have they claimed to care more about the future than others to justify coercing Americans, yet strip-mined the future with massive deficits and unfunded liabilities thus impoverishing coming generations? How much have they preened about “delivering the goods,” especially at election time, when they really just stole them with government’s coercive power? How many problems have they actually solved, versus how many they have promised to solve and how many new problems have they caused in their pitifully inept attempts to do so? And despite all that, our governing Methuselahs have maintained power. It is hard to think of stronger evidence that our current government is in fact a kakistocracy.

This article, From Republic to Democracy to Kakistocracy, was originally published by the American Institute for Economic Research and appears here with permission. Please support their efforts.