From Victims to Pawns: New York’s About-Face on Marijuana 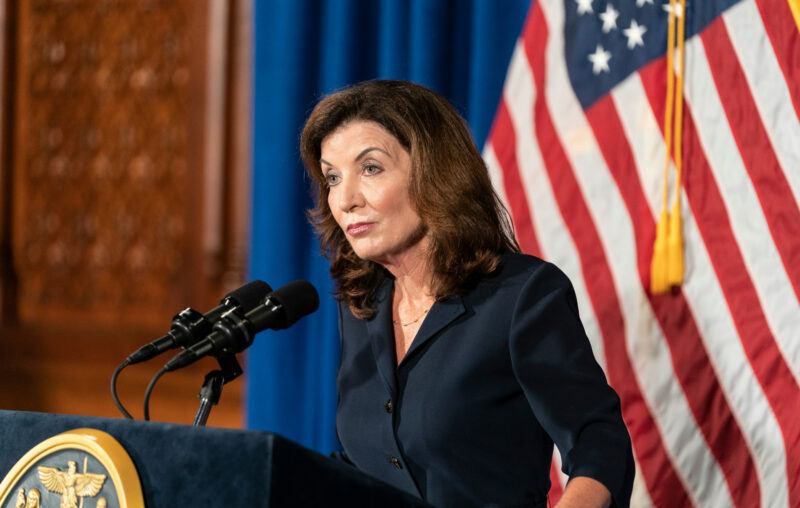 New York Governor Kathy Hochul recently announced the creation of a $200 million fund dedicated to investing in New York’s cannabis industry. The generous interpretation of events is that Governor Hochul has a big heart, though her head is nowhere to be found. A cynical interpretation is that, after spending decades generating revenues and expanding the government’s power by waging war on marijuana users, politicians have now found a way to generate revenues and expand the government’s power by making amends to marijuana users.

Through the fund, New York intends to provide financing for 150 marijuana dispensaries throughout the state. Importantly, the fund will focus on dispensaries to be operated by minorities who suffered under New York’s penal system when marijuana was illegal. Says Lieutenant Governor Antonio Delgado, “It is incumbent upon us to create a socially responsible cannabis industry…that ensures jobs and opportunity for minorities who have long been subject to unfair (cannabis) enforcement…”

The sentiment is laudable, but the effort is misguided. If the goal is to compensate people whose lives and families the state destroyed under the former marijuana laws, why provide money to run marijuana dispensaries? Only some of those marijuana law victims are able to run businesses, and only some of those are available to run these particular businesses. A far better solution would be to reimburse marijuana law victims for the time that New York kept them locked up, and let each decide for himself what to do with the money.

But this investment initiative is about “creating jobs,” the Governor says. Creating jobs is easy. Creating jobs that generate more value than they consume is hard. And the latter is not something at which government excels because government is designed to tell people what to do and to take what it wants. Creating jobs that generate more value than they consume requires convincing consumers to voluntarily hand over their money by offering them something in exchange that they like even better. Pulling that off almost always requires keeping government far away from decision makers, not entrenching it in a framework of licensing, oversight boards, and political appointments.

Simply cutting checks to the people whom New York State persecuted would be better. But that wouldn’t serve politicians’ and bureaucrats’ interests – and that’s really what this effort is about. Marijuana dispensaries will generate hundreds of millions of dollars for the state in licensing fees and taxes. That money will swell bureaucrats’ budgets and give politicians favors to hand out. Politicians and their favored constituencies are the big winners here.

But when it comes to compensating victims of the war on marijuana, something is better than nothing, right? After all, says the Governor, the fund will help to create “jobs and opportunity for those who, historically, have been disproportionately targeted for cannabis infractions.”

According to State Senator Liz Krueger, the investment fund and its overseer, the Cannabis Advisory Board, are critical in “creating a legal cannabis market rooted in social equity…” Putting aside the fact that even proponents can’t agree on a common and logically consistent definition of “social equity,” a market rooted in anything other than profit and fair competition will, at best, fail. Why? Because competing markets that are rooted in profit and competition will take it to the cleaners.

At worst, for a social equity based market to persist despite its inability to compete, it must limp along as a perpetual ward of the state. While they’ll never admit it publicly, that worst case scenario is exactly what politicians want. In creating the marijuana industry to be a ward of the state, politicians will have built themselves a gold mine. There will be decades of funding to hand out to favored players. There will be appointments to oversight boards to bestow on people who can sway voters and contribute to campaigns.

Politicians want a limping high-profile industry that’s a perpetual ward of the state. And how better to create such an industry than to give it a goal – any goal – other than self-sufficiency. Social equity is a particularly good contender as it can mean so many things while simultaneously meaning nothing.

We should applaud New York state politicians for wanting to make amends for the billions of dollars they spent over many decades trying to destroy the cannabis industry and the lives and families of those who worked in it. But politicians’ sudden moral awakening would be much more believable if their efforts sought to deliver maximum benefit to the people they harmed rather than to deliver maximum benefit to the political class under the guise of helping their former victims.

This article, From Victims to Pawns: New York’s About-Face on Marijuana, was originally published by the American Institute for Economic Research and appears here with permission. Please support their efforts.