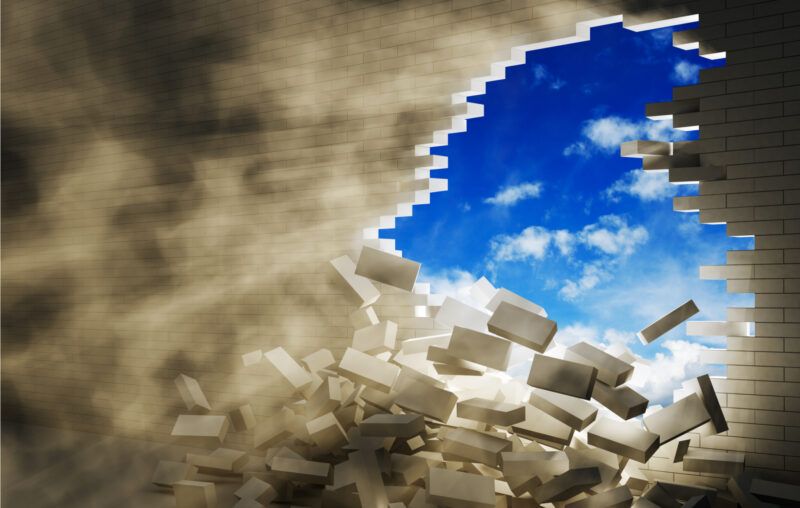 The Wall Street Journal reports that the Centers for Disease Control are “embattled” and thinking about how they might do things better during the next pandemic. Should policymakers allow “a next time?” A relatively recent precedent for replacing federal agencies that fail so badly nobody could ever trust them again does exist.

Anyone with half a brain paying half attention to current events knows that America’s public health bureaucracies utterly failed to keep Americans safe from a threat so palpable that Johns Hopkins’ simulated a coronavirus outbreak with policymakers and industry leaders in October 2019. Called “Event 201,” the simulation, based on the attributes of a fictional nCoV virus, predicted 65 million deaths worldwide.

If 65 million Americans died during a pandemic, I verily believe the traumatized survivors would forgive their public health officials (PHOs) provided they put up a gallant and rational, if ultimately futile, resistance. During the Covid-19 pandemic, though, America’s PHOs flip-flopped like flounders while ignoring and even suppressing basic immunological concepts like acquired immunity and therapeutics.

We may never know for certain how many Americans died due to their PHOs’ incompetence and how many perished due to their hubrisitical idiocy, but it does not really matter. The PHOs failed to stop the pandemic and, ultimately, also failed to convince millions of Americans that they had truly tried to ameliorate it. Clearly, Americans do not need more PHOs, they need better ones.

Heroic, or at least worthy, officials would not have tried to cover up the lab-leak hypothesis, aided and abetted censorship, put contagious people into nursing homes, insinuated that some people are nonessential, bashed focused protection, mandated masks and vaccines, pushed untried nonpharmaceutical interventions on a large scale (“lockdowns”), suppressed therapeutics, made sweetheart deals with vaccine manufacturers, or interceded in the doctor-patient relationship.

America’s PHOs can no longer be trusted, and hence are worse than useless, they are downright detrimental to “public health.” In medieval Europe – think of the final scene in Braveheart – failed leaders were tortured and their heads left on stakes near the city gates as a warning to others. Thankfully, such tactics have become unbecoming, but a recent precedent offers some hope of just retribution for the failures of PHOs, who many Americans have come to see as foes.

A 1989 law abolished the Federal Savings and Loan Insurance Corporation, or FSLIC (pronounced fizzlick or fisslick) for short, along with the Federal Home Loan Bank Board (FHLBB) that oversaw it for gross incompetence rooted in poor management and incentives incompatible with their statutory goals. In one way, the dismantling of FSLIC/FHLBB was a weak exception to the rule that federal agencies never die. The Federal Deposit Insurance Corporation (FDIC) and other bureaucracies took over its responsibilities and absorbed its employees, so government size and power did not shrink. But an untrustworthy agency went away, and that was the point.

FHLBB/FSLIC were part of the avalanche of alphabet agencies to emerge from the New Deal, Franklin D. Roosevelt’s successful ploy to turn a recession into a depression. (No joke, see Burt Folsom’s New Deal or Raw Deal?.) Created by Title IV, Section 402 of the National Housing Act or Capehart Act of 1934, FSLIC paralleled the FDIC by insuring the deposit liabilities of savings and loan associations (S&Ls), a type of mutual lender dating from the early 19th century that long specialized in home mortgage loans. (You can read all about their history in my 2019 AIER book Financial Exclusion and in my nonfiction article about the most famous fictional one, Bailey’s Building and Loan in the Christmas classic It’s a Wonderful Life.)

After the Depression and World War II, life at FHLBB/FSLIC was pretty quiet because of general American postwar prosperity coupled with financial repression, especially the regulation of interest rates. After the demise of the Bretton Woods gold exchange rate system and the stagflation that ensued, however, those regulated rates proved the S&Ls’ undoing.

Because inflation and hence nominal market interest rates outpaced regulated interest rates on deposits in the 1970s, S&L depositors pulled their funds out in search of better inflation-adjusted returns in less regulated alternatives, like money market mutual funds. At the same time, many S&L mortgages went bad as the economy sputtered in the face of numerous energy, financial, and policy shocks.

Many S&Ls responded by demutualizing (going public) to raise capital, scale up, and hide bad loans but few S&L bankers had sufficient experience to take advantage of the rapid growth. More bad loans in commercial real estate and oil exploration ensued. Had FSLIC interceded in early 1983, it would have suffered an embarrassing $25 billion loss four times the size of its reserves. Nevertheless, it probably could have played the “we need a bigger budget to do our job well” card.

Instead, FHLBB/FSLIC allowed bankrupt banks (so-called zombie banks with negative equity) to remain in operation through accounting legerdemain (an “intangible” asset called goodwill). Those zombie banks, and the bankers running them, had huge incentives to take big risks to try to recoup their losses and, thanks to hasty deregulation, the authority to take them. A few managed to return to the black but most lost yet more money, some of it stolen by bank officers who knew the end was near.

By the end of the 1980s, over 1,000 S&Ls had failed and the current system was clearly untenable. The Financial Institutions Reform, Recovery, and Enforcement Act of 1989 (FIRREA) abolished FHLBB/FSLIC and turned its assets over to the FDIC. It also set up a new depositor insurance fund (SAIF) and a taxpayer-funded “bad bank” called the Resolution Trust Corporation (RTC) and several other resolution vehicles to absorb the losses of the failed S&Ls. The debacle cost taxpayers $132 billion, give or take, or almost half a billion of today’s dollars.

FIRREA also created a new Federal Home Finance Board to replace the FHLBB and a regulator under the Treasury Department called the Office of Thrift Supervision (OTS). By law (Sections 403-404 of FIRREA), FSLIC’s employees were guaranteed jobs in the FDIC, OTS, or other federal agencies. It was hoped that would spread their incompetence too thin to infect their new colleagues. Most importantly, it freed them, and the federal government more generally, of FSLIC’s tarnished reputation. The reorganization was more than a mere rebranding, it was more like a consolidation of power by the FDIC. Yet it was not as big a change as the creation of the Department of Homeland Security after the many intelligence agency failures that failed to stop the 9/11 attacks in 2001.

So the precedent is clear. When Americans have to trust agency X, be it a deposit insurer or a public health authority, and X screws up so badly that it can no longer be trusted, X may, and should, be eliminated. If policymakers do not have the brains or incentive to privatize X’s functions entirely, its duties and personnel can be transferred to new and/or existing agencies with less tarnished brands, improved internal incentives and controls, and better managers.

This article, FSLICing America’s Public Health Bureaucracies, was originally published by the American Institute for Economic Research and appears here with permission. Please support their efforts.