Get Comfortable with Being Uncomfortable 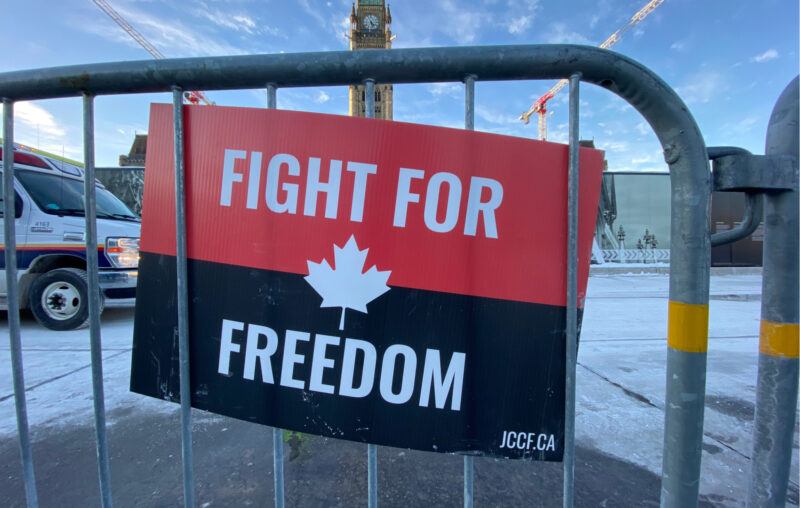 Once in a while, a voice you’ve never heard seems to come out of nowhere. The voice punches you in the gut with concision and force. When that happens, you know you’re hearing the voice of a leader. Not a ruler. A leader. And a leader is someone you follow because it’s the right thing to do, not because you are compelled to do so by other voters or fiat appointers.

Within ten minutes, Lindsay manages not only to express and focus the generalized outrage over public health authoritarianism, but she also distills the essence of the liberal American project as a moral-political order that advocates of social justice too often seek to tear down.

Lindsay’s speech is the one-two punch the world needs. And our duty to the higher cause of human freedom should conscript us all into an army of the “uncomfortable.”

What does it mean to get uncomfortable?

In my last article, I spoke about Irish Democracy, which according to James C. Scott is, “the silent dogged resistance, withdrawal, and truculence of millions of ordinary people (rather) than by revolutionary vanguards or rioting mobs.”

By the end of that piece, I wonder whether it’s time to “get loud.” Tricia Lindsay answered that question with her fiery speech.

If it’s not already on fire, I want to conjure in your being a fine tradition of liberal revolutionaries who were willing to draw a line in the sand and fight for every inch behind that line. We can start with the familiar Declaration of Independence or read the prescient warnings of anti-federalists like Robert Yates (Brutus).

But we shouldn’t forget about those like Henry David Thoreau who wrote:

Unjust laws exist; shall we be content to obey them, or shall we endeavor to amend them, and obey them until we have succeeded, or shall we transgress them at once? Men generally, under such a government as this, think that they ought to wait until they have persuaded the majority to alter them. They think that, if they should resist, the remedy would be worse than the evil. But it is the fault of the government itself that the remedy is worse than the evil. It makes it worse. Why is it not more apt to anticipate and provide for reform? Why does it not cherish its wise minority? Why does it cry and resist before it is hurt? Why does it not encourage its citizens to be on the alert to point out its faults, and do better than it would have them?

The answer to Thoreau’s questions can only be because it’s uncomfortable.

It is time to temper our spirits in the fires of discomfort. And the verb temper has dual meanings in this context: The first has to do with moderating our behavior so as to achieve clarity, purpose, and presence of mind. The second is a metallurgical metaphor that means to make ourselves stronger in the uncomfortable fires of civil disobedience. Together, these two senses of ‘temper’ amount to applying strategic thinking in righteous calm.

Otherwise, there is no avoiding it: change is going to require our sacrifice.

There are a million ways to get uncomfortable, but some work better than others. I’d like to suggest a few below, but the basic architecture comes from Albert Hirschman’s classic, Exit, Voice, and Loyalty. If some institution or system no longer serves you, there are three things you can do:

Unfortunately, the days of voice and loyalty are numbered. As Thoreau suggests in “Civil Disobedience,” we’ve tried that and it has never worked. The infrequent low-resolution feedback mechanism of electoral politics is inadequate and bankrupt when it comes to us “lesser magistrates,” whose rights are purportedly guaranteed in the 9th and 10th Amendments.

We absolutely should not stop using voice, but it’s time to start exiting systems left and right, which implies creating a thousand entrepreneurial experiments and systems of shadow governance that work better than the status quo.

Most importantly, the innovators among us must start providing value for people seeking exits. In other words, provide a place for them to enter and lower the switching costs for them to do so. It isn’t going to be easy, but it is necessary. All the while, you can use your voice. Stand up. Lock arms. And get loud.

After hearing Tricia Lindsay’s stirring words, the only question left is: What kind of society do you want your children to inherit? The uncomfortable society in which the institutions oblige us to work together locally to solve problems with hard work, perseverance, and mutual respect? Or the comfortable condition in which everyone thinks of themselves as identitarian victims or supplicants of federal largesse?

The good times are over. The hard times are coming. We need strong people like Tricia Lindsay to remind us it’s time to get comfortable with being uncomfortable.

This article, Get Comfortable with Being Uncomfortable, was originally published by the American Institute for Economic Research and appears here with permission. Please support their efforts.