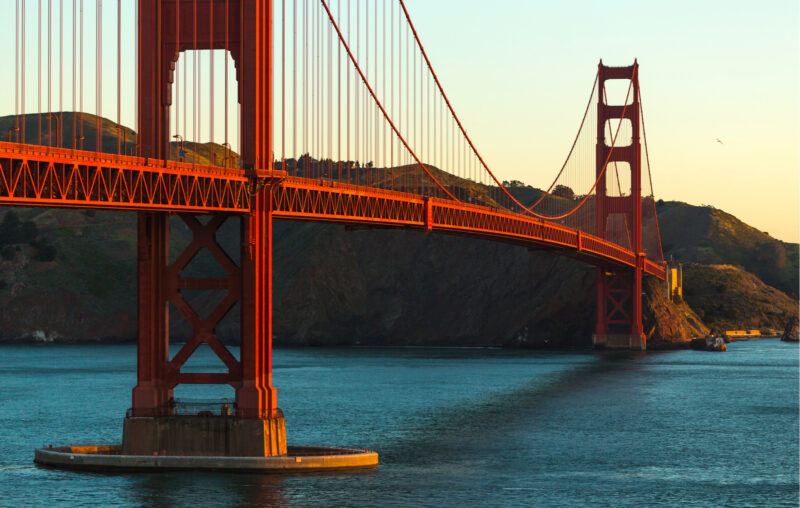 “Go West, young man, go West and grow up with the country,” has been attributed to Horace Greeley by so many, for so long, that it’s almost as if he actually said these words. He didn’t, and said as much to anyone who would listen, but no matter. By the time he allegedly offered the advice in 1865, people had been streaming into California for the better part of 16 years. The 49ers started a pattern of migration that would last just over 170 years. Every year, come hell or high water, California saw its population increase.

By the end of that year, California’s population had dropped by 182,000. This might seem like a drop in the bucket given the Golden State’s 39.51 million population, but it came on the heels of the loss of a House seat after the 2020 Census reapportionment, and looks for all the world to be a portent of things to come. Businesses and high profile entrepreneurs have been heading east for a few years now, and that trend is growing. For every Elon Musk, Joe Rogan, and Gene Simmons who leave, there are scores of lower-profile people and companies leaving right along with them. And it’s all starting to add up. What are the reasons for this exodus? Everyone seems to be singing the same song. It’s the burdensome regulatory regime, and the extraordinarily high cost of living that has people looking for greener pastures.

And no matter how obvious this is to any impartial observer, California politicians just can’t seem to make any peace with it. It starts at the top, with feckless Governor Gavin Newsom. Facing a much-deserved recall, he has decided that what the people of the state really need are bigger recovery checks. He is literally trying to buy his way out of a recall. Quelle surprise. But frankly, there has been something rotten in Sacramento for quite some time, and it was always a matter of when, not if, all of the dominos would start falling. The answer, it seems, is right about now. And if this comes as any surprise to anyone, consider how long California has been a single party regime. Democrats have held both houses of the state legislature for 22 years, and the governorship for 11. Their idea of setting things right? Hiring Clinton refugee Dee Dee Myers, who Governor Newsom recently announced will serve as Senior Advisor to the Governor and Director of the Governor’s Office of Business and Economic Development (GO-Biz), which is a cabinet-level position. GO-Biz. Dee Dee Myers. You read that right.

“California is the world’s fifth-largest economy and the gateway to the rest of the world,” said Governor Newsom. “While the COVID-19 pandemic has greatly impacted our economy, California will bounce back thanks to our incredible assets and our spirit of innovation. An economic recovery that lifts all Californians will require us to work together. With more than three decades of experience in both the public and private sectors – in California and nationally – Dee Dee brings an ability to work across sectors, ensuring that our recovery is built upon common ground and common solutions.”

The exodus is still a trickle, and there are more companies staying than leaving at this point, so there is some reason to hold out hope. But for every company committed to staying in California there are a raft of problems that require answers, and no one, not Newsom, not Myers, seems to have any. Their echo chamber is so complete that they have no understanding of Democratic party culpability. It was, after all, decades of Democratic policies that rendered California so expensive that people who would be willing and qualified to work in the state simply cannot afford to live there.

There is nothing more telling than the patterns of U-Haul rental trucks. In 2020, California had the biggest net loss of any state. How bad was the outflow? Victor Vanegas, a district vice president at U-Haul had this to say: “For a good part of this year we’ve had far more customers than we’ve actually had equipment to serve these customers.” Given that almost none of U-Haul’s trucks are coming into the state, expect those shortages to continue.

People will find a way to leave regardless. The disincentives of staying are simply too strong. U-Haul reports that the lion’s share of those heading for greener pastures are finding their way to Nevada, Arizona, Oregon, Washington, and Colorado. The citizens of those states are more than a little concerned that the newcomers from California will bring their disastrous politics with them, but that’s for another day. What matters now is whether California will do anything at all to make it a more palatable possibility for people who would be inclined to live there. If not, we’ll see continued erosion of the tax base, as it is only people who pay taxes who are inclined to leave, and a smaller congressional contingent with each passing census.

How bad can it get? There were 170 years of growth. The opposite is a distinct possibility. It would probably take that long for everyone who wanted one to rent a U-Haul anyway.

This article, Go East, Young Man., was originally published by the American Institute for Economic Research and appears here with permission. Please support their efforts.