“Governing as Looting” in Washington and Beyond 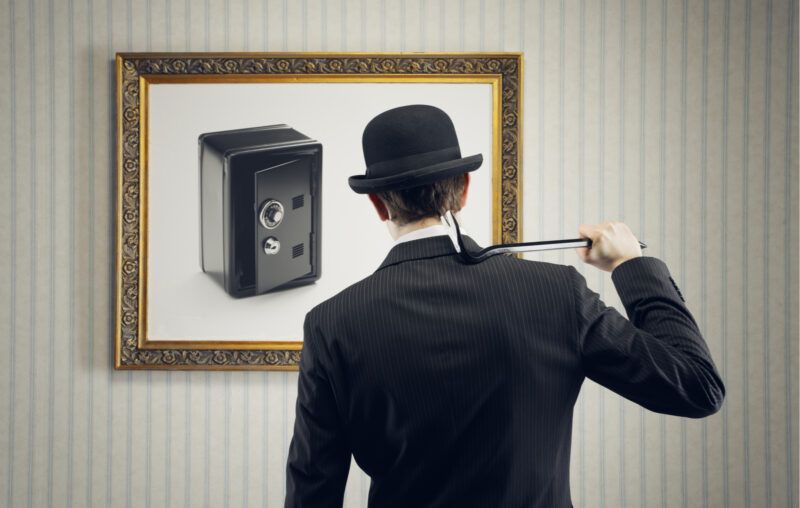 At what point does a democracy become a kleptocracy? That type of degeneration routinely happens in Third World regimes but the same blight can occur in the United States. Few things epitomize “governing as looting” like the automated traffic ticket cameras that hundreds of local governments have inflicted on drivers across the nation.

In 2015, the Missouri Supreme Court struck down St. Louis’s red light camera ticket regime for violating the U.S. Constitution because drivers were forced to prove they were innocent. But elsewhere, mayors and bureaucrats have not permitted constitutional rights to impede their fervent pursuit of revenue.

Some of the most brazen abuses occur in the District of Columbia, which issues almost a million speed camera tickets each year. The American Automobile Association (AAA) denounced one D.C. speed camera near the Maryland border as “an old-fashioned, money-making, motorist rip-off speed trap right out of the ‘Dukes of Hazzard.” A single camera in D.C. generated more than a hundred thousand tickets and $11 million in fines.

The combinations of speed cameras and shameless bureaucrats can cast citizens into a Kafkaesque hell. Last November 2, Doug Nelson, a 73-year-old Postal Service employee and Vietnam veteran, was carjacked as he returned home from a late shift. Nelson quickly surrendered his vehicle to the pistol-wielding assailants. He filed a police report and his car was eventually recovered but the license plates were stolen by the thieves.

In the following weeks, Nelson was stunned to receive thousands of dollars in tickets for speed camera violations spurred by the thieves who stole his car. Nelson and his wife repeatedly notified the D.C. government of the unjust fines but their complaints were ignored. Because of the fines, they were prohibited from getting a new license plate and thus banned from driving their only vehicle. They were told they would have to pay the entire fine – which quickly rose to $5,000 – before they were permitted to formally challenge the penalties.

Nelson’s experience exemplifies how “due process” nowadays means any damn process government does. The District has a Ticket Adjudication Ombudsman to deal with cases of gross injustice. But because Nelson failed to speedily file a “Reconsideration or a Motion to Vacate,” he was prohibited from any relief. A local television station put its “I-Team” on the case but D.C. government officials refused to sit down for a televised interview. But the embarrassing publicity finally spurred the city to finally cancel the fines. As Hannah Cox of the Foundation for Economic Education observed, “The District of Columbia unjustly deprived the Nelsons of the use of their car for far longer than the carjackers did.”

The District is one of the more than 400 municipalities, including most of the nation’s largest cities, that have imposed red light cameras on their streets in recent decades. Red light cameras are notorious for increasing traffic collisions because they spur drivers to seek to stop suddenly to avoid being fined. In 2005, six years after the District of Columbia set up a red light regime that generated more than 500,000 tickets, a Washington Post analysis revealed that “the number of crashes at locations with cameras more than doubled.” The Florida Department of Highway Safety and Motor Vehicles analyzed traffic crash data and reported in 2016 that “fatalities from accidents doubled” at intersections with red-light cameras. A Virginia Department of Transportation study concluded that cameras were associated with a 29% “increase in total crashes.” But policies that needlessly kill some citizens are worthwhile if they boost government revenue, at least according to the political morality prevailing in many cities.

Numerous federal studies have shown that the most effective step to reduce collisions at traffic lights is to lengthen the time of the yellow light to allow drivers more time to stop. A Federal Highway Administration report concluded that “a one second increase in yellow time results in 40 percent decrease in severe red light related crashes.” But in 2015, the District shortened the yellow lights at many intersections and the number of red light tickets skyrocketed. Some of the private companies that install and maintain red light cameras have contract provisions prohibiting cities from extending yellow lights because it would hurt their profits.

The vast majority of red light tickets are slapped on drivers who make right turns on red without coming to a dead stop. The National Highway Traffic Safety Administration concluded that zero fatalities occurred nationwide in 1998 “from an accident resulting from a right hand turn on red when the driver yielded to oncoming traffic.” AAA spokesman John Townsend labeled right-turn-on-red cameras as “the biggest scandal in automated traffic enforcement.”

Despite a blizzard of automated penalties, traffic fatalities sharply increased in D.C. in recent years. So the mayor and City Council last year voted to triple the number of red light cameras and slashed the speed limit on most city streets to 20 miles per hour, creating new Yukon Territories for speed cameras. Mayor Muriel Bowser is a zealous champion of “Vision Zero” policies and she proclaimed a goal of zero traffic fatalities by 2024. That will never happen but her bogus idealism sanctifies tyrannizing drivers regardless.

Foul play is fair play as long as government profits. In 2018, the City Council enacted the Clean Hands Law, which prohibited driver license renewals for anyone with more than $100 in debt to the D.C. government. But local officials are not required to have “Clean Hands.” The D.C. Inspector General found that the automated ticketing system was so out of control that “drivers get speeding tickets for violations they don’t commit and for vehicles they’ve never owned.” The IG slammed the government for issuing tickets “without conclusive identification of the violating vehicle.” City bureaucrats were proud of how the ticketing system was rigged. A senior D.C. government official declared, “You are guilty until you have proven yourself innocent… That has worked well for us.” D.C. police and transportation officials responded with a statement scoffing that complaints “generally come from those relatively few people who feel entitled to speed on District streets or run red lights.” But hundreds of thousands of drivers have been nailed by a regime that is intentionally reckless and unjust.

Mayor Bowser is a proud champion of social justice and last year renamed a street in front of the White House as “Black Lives Matter Plaza” and painted that slogan on the asphalt in giant yellow letters. But Bowser, like other D.C. politicians, ignores how their ticketing racketeering punishes the city’s neediest residents. According to a 2018 report by D.C. Policy Center, a think tank, “Neighborhoods where 80 percent or more of residents are black on average paid $322 per capita in automated traffic tickets compared to just $20 per capita in 80 percent white neighborhoods. Residents in black neighborhoods were 17 times more likely to receive a photo ticket.” But black neighborhoods did not have a higher rate of auto crashes than other neighborhoods.

Unnecessary and unjust tickets disrupt lives and destroy people’s ability to feed their families. A 2019 study by the Federal Reserve concluded that almost half of Americans “could not afford an unexpected expense of $400 or more.” The National Motorist Association warned, “The practical results for many poor people may be a lot like putting them in debtor prisons, unable to legally drive to work.” In 2018, the D.C. government created a “community service option” where low-income traffic violators could pay off tickets by working unpaid for the city at the minimum wage rate. At least the city has not yet created chain gangs sweating to pay their speed cameras debts.

The depredations of automatic ticket enforcement presume that government revenue is a magic wand that solves all problems. But surging revenue has done nothing to prevent the D.C. government from dismally failing its residents. The murder rate is soaring and the schools were dismally failing to educate low-income students even before the pandemic. The city would have collapsed to Baltimorean-levels of debility if not for the endless revenue streams from the federal government and its accompanying graft.

Ticket cameras epitomize how democracy provides no protection against politicians willing to force citizens to pay any price to boost government revenue. The Berkeley Journal of Criminal Law noted last month, “Automated enforcement has also failed at the ballot box; red light and/or speed cameras were voted down in 39 of 43 local elections where the initiative appeared as a referendum.” But local politicians insulate themselves, buying support from other groups and blocking citizens from having a chance to pass judgment on at the polling booths.

Automatic ticket regimes have turbocharged many politicians’ lifestyles. Bribery scandals have enveloped automated ticketing regimes in Texas, Arizona, Ohio, Illinois, and elsewhere. The former top salesman for Redflex, one of the largest providers of red light cameras, testified that his company had “sent gifts and bribes to officials in at least 14 states.” (Redflex denied the allegation.) Last year, Illinois Comptroller Susana Mendoza condemned red light ticket regimes as “a program that’s broken and morally corrupt” and recommended ending them across the state.

Automatic ticketing regimes provide a stark refutation to the illusion that governments automatically serve the people. Especially for policies shrouded in sanctimony, government agencies are almost always more wasteful or oppressive than the media portrays. How much longer will local politicians be permitted to plunder drivers and subvert safety with impunity?

This article, “Governing as Looting” in Washington and Beyond, was originally published by the American Institute for Economic Research and appears here with permission. Please support their efforts.

CNN Tries to Sell ‘The Vaccinated’ as a New Political Party

Obama To Throw 60th Birthday Bash For 700 People Despite COVID