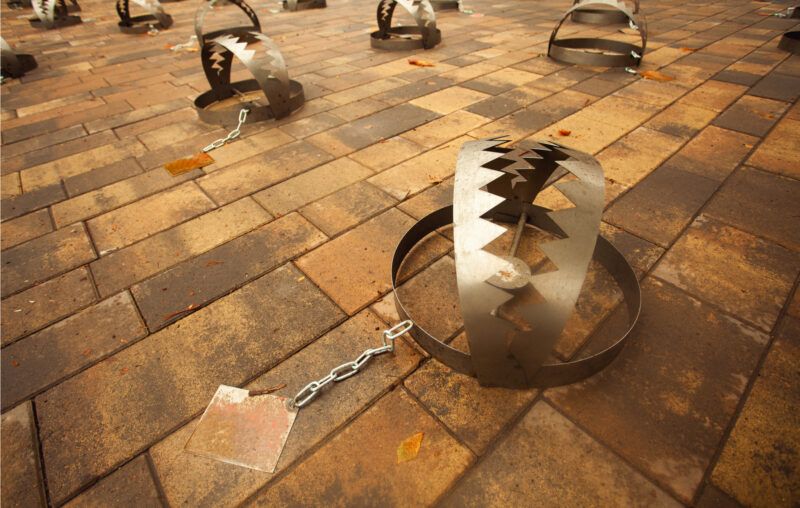 Some US government officials claim that corporate “greed” is driving price increases. That is a load of bunk, and yet another reason why they should all resign in shame and donate all their assets towards paying down the national debt that they have run up. Inflation, Milton Friedman showed, “is always and everywhere a monetary phenomenon,” i.e., entirely the fault of the government in our current system.

The price level, whether simple goods cost pennies, bucks, or c-notes, is largely a function of money supply and money demand. The specific prices of individual goods are determined by the supply of, and demand for, each of those goods, respectively, at least in competitive markets. But even monopolists face limits on what they can charge when customers can do without. Moreover, over time new technologies, like mobile phone networks or Internet streaming services, emerge to kill off monstrous monopolies like the original AT&T and the equally dreaded, and dreadful, local cable company.

Compulsory monopolists like governments, however, typically do not face hard constraints on demand or technologically savvier rivals waiting in the wings. Citizens have to pay up or move out, which can be costly in economic and psychological terms. It is not that government officials are “greedier” than corporate officials, it is just that they can more easily satiate their “greed” (and bloodlust).

But let’s wear greed-colored glasses for fun, and spin out the implications. People who live in glass houses, an old adage goes, shouldn’t throw stones. I here offer a corollary: Greedy bastards shouldn’t accuse others of greed.

Consider how much greedier the US government has gotten since World War II. Washington’s swamp monsters used to take less than one dollar of every four that the private sector created but they now take two in five:

The federal government got greedier over time, but got especially greedy right after the global financial crisis, and then again during the Covid-19 hysteria. There is no other possible explanation for the way that line moves (except for the movement of some macroeconomic variables, like GDP, that nobody really understands besides some macroeconomists).

State and local government expenditures as a percentage of GDP also grew over that same period, though the level was lower. The leading hypothesis must be that state and local government officials are less greedy than their federal counterparts, probably due to some sort of selection mechanism. That they got less greedy during the Covid-19 debacle, though, is troubling. The tighter budget constraints on them imposed by Article I, Section 10 of the US Constitution can’t possibly have anything to do with it.

But maybe the government is not being greedy, which connotes taking more than what one needs or deserves. Maybe America’s governments really need and deserve every other dollar (40 plus 10 from the charts above) that the private sector produces.

To test that hypothesis, we need to know where all the money goes. It is an exaggeration to say that nobody knows where any of it ends up. The truth is that nobody knows, at least officially, where some unknown trillions of dollars of resources sent to the military have gone. According to National Public Radio, the Pentagon has failed three independent audits since 2017, decades after Congress tried to force it to come clean. A non-greedy entity would say, hey, we screwed the pooch on bookkeeping and Afghanistan, so we resign. Or we should have our budget slashed, or at least frozen. Instead, the Pentagon, like other failed governmental units from Amtrak to the USPS, asks for more money. Sounds pretty darn greedy!

Most taxes go to government agency operating costs, things like salaries, benefits, buildings, electricity, and such. Aside from people in the armed services, first responders, President Donald Trump, and the dollar-a-year executives who administered the American war machine during the world wars, who in government sacrifices for the nation?

Most federal government employees bask in enviable job security, great benefits, and salaries that automatically increase simply for showing up to work. Innovative thinking is not only not required in government service, it is frowned upon. Why work hard or smart to become more efficient when taxable private sector sheep remain easily fleeced? This is not to cast aspersions on government workers per se, just to point out that any greedy person would behave likewise.

And what do Americans receive in return for their taxes? Yet higher taxes, failed programs, and broken promises. Expensive wars on drugs, poverty, viruses, and terrorism have filled jails, tent cities, hospital beds, and terrorist breeding grounds. Two years and trillions of dollars to make Americans “safer” has led only to more debt, doubt, and death. Empty slogans like “Build Back Better” mock the common American, who sees only destruction and worsening conditions enveloping them and theirs.

Perhaps the biggest fail of them all is that many Americans whose real incomes are declining but whose nominal incomes have increased will be forced on 15 April to pay higher real taxes. Come to think of it, government isn’t greedy. It’s rapacious.

This article, Government Greed, was originally published by the American Institute for Economic Research and appears here with permission. Please support their efforts.