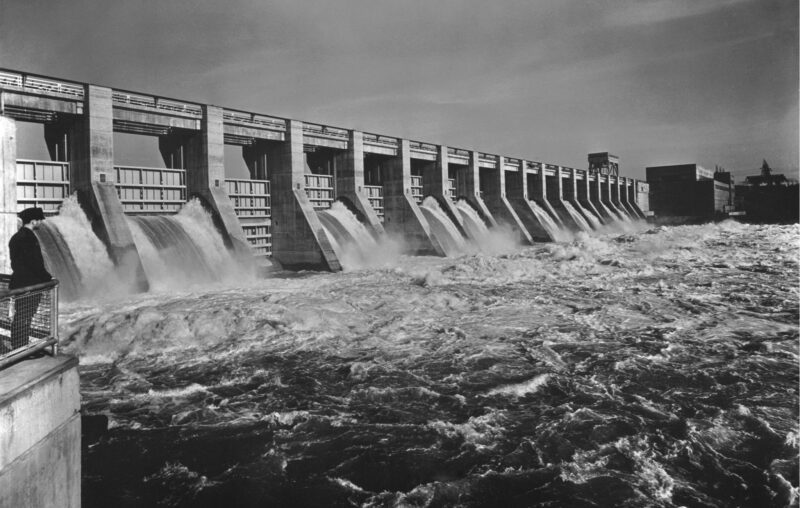 French economist Thomas Piketty – author of Capital, the least read book of 2014, and now A Brief History of Equality – continues to push a statist agenda in his single-minded quest to reduce global wealth inequality. To reach equal Nirvana, he recently opined, property rights have to be weakened. Apparently, his plan is to impoverish us all by destroying “capitalism.” Problem is, though, governments will get even stronger under his plan and they constitute a major source of inequality.

Say what now? Aren’t our beloved governments veritable modern day Robin Hoods that take from the rich to give to the poor? Not really, it turns out. Aside from increasing economic freedom and a few other Pareto policies, almost everything that governments do make some people better off and others worse off.

Some effects appear to be random, but overall the net beneficiaries tend to be the better educated, better connected sorts who can influence lots of voters and make big campaign contributions. I’m reminded of the joke (suitably adjusted for inflation) that if you default on a $10,000 bank loan, you have a problem, but if you default on a $10 million loan, the bank has a problem. In that vein, if a politician reneges on a campaign promise to help the downtrodden, poor voters have a problem, but if a politician reneges on a promise to a rich guy, the politician has a problem.

Modern governments take from everyone, in many complex ways, ranging from progressive income taxes to regressive payroll and sales taxes to currency taxes (inflation) on savers and the poor. According to a new study by FREEOP, lower income Americans face higher effective rates of inflation than higher income ones. Higher rents and fuel prices hit them harder and they have less ability to temporize by buying in bulk or switching to lower priced alternatives because they already mostly buy the cheapest goods. So even the creeping inflation of the Great Moderation hurt them severely when compounding is considered. Between 2004 and 2020, FREEOP calculated, America’s poorest faced effective inflation rates 71 percentage points higher than those faced by the highest earners.

Governments also take from some by bestowing gifts, from cushy contracts to lucrative liquor licenses, on others. Allowing immigrants to flood into the country, for example, helps the undocumented workers and their employers, and probably helps the overall economy. It also negatively impacts the wages of low-skilled citizens. Similarly, federal housing projects destroyed the homes, businesses, families, and neighborhoods of the poor and replaced them with large towers constructed in the brutalist architectural style. Who benefits again?

And lest we forget, Covid restrictions decimated small businesses while aiding large, corporate ones, and without slowing the pandemic more than an iota. Moreover, it is difficult to reject the hypothesis that the odd contours of the global response to the pandemic were not significantly influenced by the interests of the who’s who in the WHO (World Health Organization) and Big Pharma.

Moreover, I hate to break it to President Biden, but forgiving student loan debt will take money (or purchasing power if paid for by inflation instead of taxes) from most Americans, some rich but many poor. The Green New Deal may also make incomes in the country less equal by eliminating scads of relatively highly paid blue collar jobs.

Government benefits are also messy and, according to progressive thinkers, difficult to discern. If only the “submerged state” emerged from its swampy deaths, the progressives intone, Americans would see how great the government is and how essential it is to their well-being.

But the state submerged itself for a reason: to hide its ineffectiveness. Scholars have exposed FDR’s New Deal as a raw deal, and LBJ’s Great Society as a great big boondoggle. In a commencement speech at Swarthmore College in 1964, President Johnson claimed that “far from crushing the individual, government at its best liberates him from the enslaving forces of his environment.” If that is true, the Great Society was not “government at its best” because it effectively reversed the economic strides African-Americans had been making on their own since the end of World War II.

It isn’t even the case that the government is the best among bad options. Voluntarism can alleviate most problems, including human want, much more effectively than any government bureaucracy can. Most Americans are happy to share resources with the less fortunate. Always have been and hopefully always will be. They do not, however, take kindly to their hard-earned money being wasted by feckless bureaucrats. They would give even more generously than they already do if they could control disbursement more, instead of having the money ripped from each paycheck to support big government programs brimming with waste.

And nowhere does government waste wax more than in poor relief. In addition to the expense of government employees, buildings, automobiles, conferences, and so on, programs designed to aid the poor end up hurting them. Turns out that few poor people ever fall off the infamous benefit “cliffs” where government subsidies abruptly end. But that is only because of the large disincentive “deserts” that induce them to remain poor and dependent on the complex labyrinth of government programs formerly known as the dole well before they reach any benefit cliffs.

Winston-Salem State University economist Craig Richardson and coauthor Zachary Blizard recently documented the size and aridity of the desert facing the poor in their neck of the North Carolina woods. Their findings are truly astonishing. Due to effective marginal tax rates approaching 100 percent, minimum wage workers in Forsyth County are better off not working more hours or obtaining small pay raises until their compensation exceeds $20 an hour. The government is essentially paying them to remain poor. There is no American dream for America’s poor disincentive desert dwellers, unless they can miraculously leap from minimal wages to over $20 per hour.

In fact, a good case can be made that governments constitute the biggest barriers to Americans’ socioeconomic mobility. Government schools, especially those in poorer areas, perform so poorly that many students drop out, or squeak by with weak literacy and numeracy skills. Then they try to make a living cutting hair or watching kids only to be stymied by unnecessary occupational licensing requirements. If they get caught breaking one of government’s gazillion stupid little laws, their lives can quickly spiral into despair and a never-ending succession of minimum wage jobs and taxpayer subsidies.

But even if Piketty and people of his ilk can manage to tax the bejesus out of the rich, those poor folks will remain forever trapped at the low end of the income distribution unless benefit deserts and cliffs are also eliminated. Elimination of work disincentives is the most alluring promise of the basic income guarantee (BIG) or universal basic income schemes (UBI) that have been floated with increasing regularity over the last decade or so. But implementation of a BIG/UBI will not eliminate the inequalities caused by public schools, unnecessary occupational licensing restrictions, or aggressive police enforcement of victimless crimes.

Instead of potentially shocking an already stressed out economy with a big reform like UBI, why not reform all these other governmental causes of inequality first? After allowing the reforms to change attitudes and behaviors, we can reassess to see if UBI is still needed. I suspect it will not be. As most UBI proponents argue, most people want to work, but only if it makes economic sense for them to do so. If they get a good (private) education, are free to run their own businesses, and do not have to worry about falling into the clutches of the criminal justice system “over some bullshit,” most will not just survive, they will thrive, and everyone will be better off for it.

As usual, history could guide us, if only we would allow it. Before the rise of the nanny state, free markets naturally drew resources, including human resources, to their most highly valued use. True, some people worked only for room and board, but if they didn’t like that (and make no mistake, some did), the only thing preventing them from earning more was their own slothfulness in thought or deed. Today, states like California with big, intrusive governments essentially force people to live in tents on the street or in fetid slumtels. California’s income inequality is extreme because its government is extremely intrusive, forcing arrangements that many potential workers or employers eschew.

Before the New Deal, limited government and maximal economic liberty spelled opportunity for all, as even people excluded from the mainstream economy due to their gender, race, religion, or nation of origin could, and did, create their own institutions and employment opportunities, even in finance. Families, friends, and charities helped those who faltered to get “back on their feet.” Massive government programs to aid the poor were unneeded until the government itself turned a recession into a depression, and politicians turned the crisis into an opportunity to garner votes and power, including the power to keep millions dependent on its inequality-inducing statist nostrums.

This article, Government-Induced Inequality, was originally published by the American Institute for Economic Research and appears here with permission. Please support their efforts.