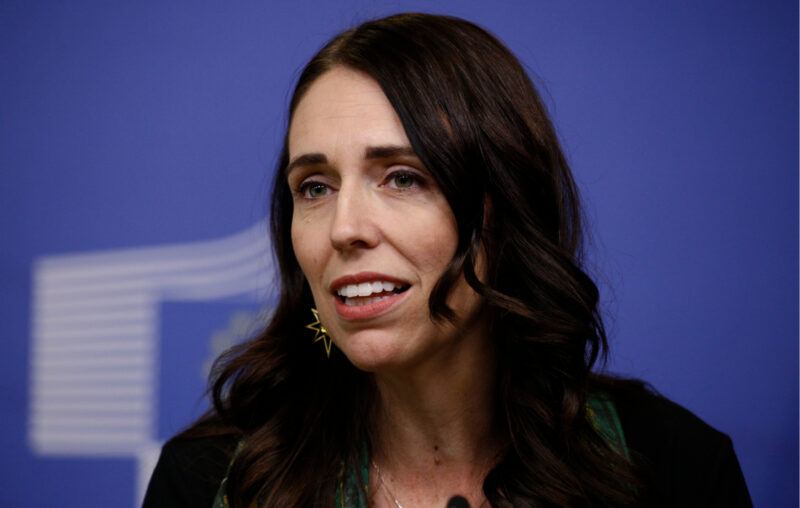 New Zealand Prime Minister Jacinda Ardern will travel to the United States in May to be honored as the featured commencement speaker at Harvard’s graduation ceremony.

If this was the pre-Covid times, this news wouldn’t be all too surprising, but it’s quite shocking, given the current state of affairs in Auckland.

Some two years into Covid Mania, the country remains sealed off from the rest of the world. In the coming months, the government will only “allow” for mRNA compliant citizens to skip their military enforced quarantine, while granting them privileges to leave and enter the country. As for the “unvaccinated,” they remain stuck in New Zealand indefinitely, and this will remain the case while their prime minister accepts her honorary doctorate from Harvard.

“Prime Minister Ardern is one of the most respected leaders on the world stage and we are delighted she will join us in May to celebrate the Class of 2022,” Harvard President Larry Bacow said in a statement this week. “From climate change and gender equality to Covid-19, she has modeled compassionate leadership that has brought together empathy and science-based solutions to address the most challenging issues of our time. I very much look forward to her address.”

Meanwhile, back in New Zealand, Kiwis continue to come out in droves to protest the Ardern-led self-siege policy. In recent days, large groups have demonstrated in front of parliament to showcase their disdain for the regime.

Native New Zealand Maori people are performing the sacred Haka dance in front of the Parliament House in Wellington to protest vaccine mandates. Take a look.pic.twitter.com/YZwUh0hlKg

Ardern has largely dismissed the protest, accusing participants of peddling “misinformation,” and alleging that they are beholden to former U.S. President Donald Trump and Canadians.

New Zealand is the last nation to remain committed to Zero Covid fanaticism, but the country is currently facing its worst Covid numbers on record. Like every other nation in the world, New Zealand has failed to contain a virus.

It's New Zealand's turn for the inevitable march of Omicron – Covid outbreak ‘like nothing we’ve experienced’, Ardern says, as cases skyrocket https://t.co/FalpyvmGsZ

Reprinted from the author’s blog

This article, Harvard Embraces Police State Hypocrisy, was originally published by the American Institute for Economic Research and appears here with permission. Please support their efforts.