Has The Mystery Been Solved? We Just Got Some New Numbers That Nobody Can Deny 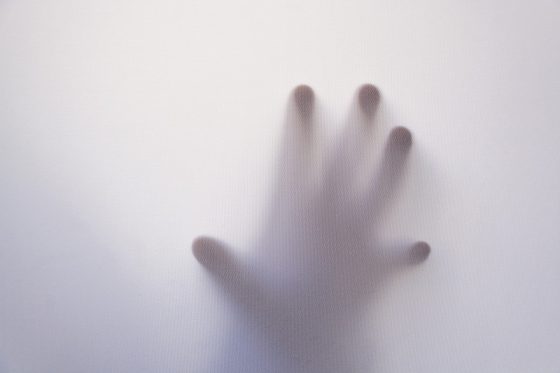 For months, I have been writing about one of the greatest mysteries that has emerged over the past year.  Both in the United States and around the globe, millions of workers seem to have completely disappeared from the system.  I wrote major articles about this in September, in October and in December.  When this first started happening, it greatly puzzled me, but thanks to some deeply alarming new numbers things are starting to become a lot clearer.  Unfortunately, the news is not good.

Just before the pandemic, 152 million Americans were employed, and we have never come close to returning to that level.  In fact, despite the fact that companies all over America are absolutely desperate to hire anyone with a pulse, the number of Americans that are employed is sitting at just 148 million.  There are literally “help wanted signs” everywhere that you look, and stores are starting to shut down all over the country due to a lack of staff.

We have never seen anything like this in all of U.S. history, but it isn’t just happening here.

As I have documented in previous articles, we have also been witnessing simultaneous worker shortages in major industrialized nations all over the planet.

So why is this happening?

Well, it appears that at least part of the answer is that working-age people are dying at an unprecedented rate…

The head of Indianapolis-based insurance company OneAmerica said the death rate is up a stunning 40% from pre-pandemic levels among working-age people.

“We are seeing, right now, the highest death rates we have seen in the history of this business – not just at OneAmerica,” the company’s CEO Scott Davison said during an online news conference this week. “The data is consistent across every player in that business.”

When I first read that I was absolutely stunned.

I knew that things were bad, but I didn’t know that they were that bad.

According to Davison, the number of deaths that we are witnessing “is just unheard of”…

Davison said the increase in deaths represents “huge, huge numbers,” and that’s it’s not elderly people who are dying, but “primarily working-age people 18 to 64” who are the employees of companies that have group life insurance plans through OneAmerica.

“And what we saw just in third quarter, we’re seeing it continue into fourth quarter, is that death rates are up 40% over what they were pre-pandemic,” he said.

The pandemic is certainly a factor, but the article that I just quoted clearly states that “most of the claims for deaths being filed are not classified as COVID-19 deaths”.

OneAmerica is not a minor player in the life insurance industry.  It brings in about 2 billion dollars in revenue annually, and it has been around for more than 140 years…

OneAmerica is a major insurance company located in Indianapolis with annual revenue of around $2 billion and total assets of around $74 billion. This is not a fly-by-night internet “insurance” company. OneAmerica is the real deal, selling both individual and group life insurance, and it has data and actuarial tables that go back 145 years. It’s also a progressive company that boasts about “Diversity, Equity and Inclusion” right on its home page. In other words, it’s not some “scary” right-wing reactionary firm.

So nobody can dispute the credibility of these numbers.

At the same news conference where Davison spoke, Brian Tabor, the president of the Indiana Hospital Association, said that hospitals across the state are being flooded with patients “with many different conditions,” saying “unfortunately, the average Hoosiers’ health has declined during the pandemic.”

In a follow-up call, he said he did not have a breakdown showing why so many people in the state are being hospitalized – for what conditions or ailments. But he said the extraordinarily high death rate quoted by Davison matched what hospitals in the state are seeing.

This isn’t just another news story.

This is a complete and utter bombshell.

If you don’t want to agree with me, perhaps you will agree with one of the most respected medical experts in the entire country.  The following comes from his article about these shocking new numbers from Indiana…

IF this report holds true, there must be accountability. We are not just talking about running over the first amendment of the Constitution of the United States and grinding it into the mud with an army of artificial intelligence-powered heavy infantry. This article reads like a dry description of an avoidable mass casualty event caused by a mandated experimental medical procedure. One for which all opportunities for the victims to have become self-informed about the potential risks have been methodically erased from both the internet and public awareness by an international corrupt cabal operating under the flag of the “Trusted News Initiative”. George Orwell must be spinning in his grave.

We have gotten to a point where there is no excuse for not seeing the truth.

Policymakers all over the world need to immediately reverse course, but of course they aren’t going to do that.

There is way too much money at stake.

Any doubt about how evil our system has become has been completely removed, and anyone that continues to support such a deeply corrupt system is willingly choosing to side with evil.

Before I end this article, I want to remind everyone that the leading cause of death worldwide actually has nothing to do with the pandemic at all…

Abortion was the leading cause of death globally in 2021, with nearly 43 million unborn babies killed in the womb, according to data provided by Worldometer.

As of noon on December 31, 2021, there were 42.6 million abortions performed in the course of the year, Worldometer revealed, while 8.2 million people died from cancer, 5 million from smoking, 1.7 million of HIV/AIDS, 1.3 million from traffic fatalities, and 1 million from suicide.

According to Worldometer, 5.4 million people have died from COVID since the pandemic first began.

Our culture has truly become “a culture of death”, and in the end we are going to reap what we have sown.

I know that my articles can seem “harsh”, but nobody can deny the harsh reality that vast numbers of people are dying all around us.

The year ahead is really going to be horrifying, but most of you already knew that.