Healing Democracy from the Bottom-Up 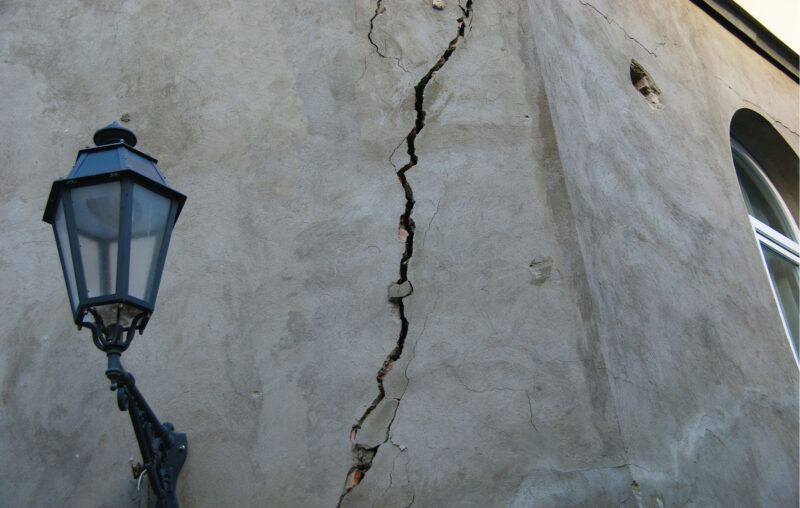 The success of democracy depends on the nature of the society that practices it. Citizens within a democracy must feel some enduring common ties, interests, or attachments that keep them together even as they often disagree from day to day. Thomas Hobbes said of representation that “a multitude of men are made one person when they are by one man, or one person, represented.” But the representation by one man requires that most of the multitude not think him wholly alien to their interests. Otherwise, politics will be dominated by fear that the wrong person will get into power and by seething discontent when the representative exercises authority on controversial matters.

In the United States and in much of the West, our society has become so fragmented and multipolar that the sense of connectedness necessary for democracy is under great pressure. As a result, our politics seems broken and unproductive. The causes are many, but I would single out three: The success of capitalism, the decline of mediating institutions, and the rise of social media.

Capitalism has raised the standards of living more than any other economic system in history. Initially, it propelled the adoption of democracy as a rising middle class demanded participation in governance to protect its growing wealth and freedoms. Of course, economic freedom also enabled some people to become far more successful than others. The key social question then became the degree to which politics would redistribute the fruits of that success.

But that question did not fragment society. Indeed, a kind of order emerged from it. Citizens’ income and wealth vary incrementally. There are always some people a little richer and a little poorer than you with whom you can form a political coalition. Those in the middle of the income distribution naturally become swing voters. Elections decided on such a class basis switched naturally from parties that favored labor and more redistribution to those that favored business and less redistribution.

But today the radical success of capitalism has made redistribution less salient. When most people have more money than could have been dreamed of three generations ago, they are free to focus their political attention on other issues. Hence the rise of identity politics and the tendency to pursue pet political issues at the expense of all others.

In continental Europe, where proportional representation allows parties to enter parliament without winning first-past-the-post seats, single-issue and identity parties have proliferated—from environmental to animal rights parties to regional and ethnic parties. As others have noted, in the past decades, the main center-right and center-left European parties have continually lost vote share to these more identity-based parties. Our two-party system precludes the establishment of such parties, but that just means that these interests become represented within the parties.

Moreover, while our Constitution (and that of many other modern capitalist democracies) prevents resources from being doled out on the basis of traditional religions, it does not as clearly preclude the allocation of resources on the basis of other identities and movements that have spiritual commitments at their core, like modern environmentalism and wokeism. As a result, politics in capitalist democracies no longer focuses on the single, stabilizing question of how much redistribution of income and wealth the state should undertake. Instead, modern capitalist democracy must focus on many more questions and as a result, becomes more chaotic.

Moreover, culture war and identity politics present issues that cannot easily be reduced to money, making compromise harder. The reduced capacity for compromise puts more extreme political solutions on the political agenda, leading to polarization and alienation. Now that the parties consist of so many interests, it also becomes harder to satisfy them all, leaving even those who are part of a winning coalition largely disgruntled. The center cannot hold, and those on the extreme are never satisfied.

Even as politics serves more as a centrifugal social force, people of different political views and cultural sensibilities are also less likely than they once were to meet in institutions that foster an affinity for one another. Some of this decline is simply the result of the disappearance or shrinking of what sociologists such as Robert Putnam call mediating institutions: The Boy Scouts and bowling leagues are both vanishing. Some of the decline has occurred because actual day-to-day participation in mediating institutions is geographically based. As a result, they are becoming less heterogeneous because of what is known as the “big sort.” Like-minded people retreat to different local communities.

Even religious institutions perform less of a mediating role. First, the mainline Protestant churches encompassing people with very different political views are in radical decline and the Catholic Church is beginning to follow these trends. At one time, a citizen was likely to meet people from all walks of life and all political views in the pew next to them, but now churches are likely to be more politically and culturally homogeneous.

Second, fewer people participate in any organized religion. As Mark Movsesian has noted, our spiritual landscape is marked by the rise of the “nones.” These citizens, while generally not atheists or agnostics, have a highly individualistic spirituality that does not require gathering with others. The combination of religious deinstitutionalization and greater institutional homogeneity has reduced the capacity of traditional religion to provide political ballast.

Without opportunities to make even weak ties with people of fundamentally different views, people are more likely to come to regard political opponents as enemies. Politics has always had an element of hostility, but democracy needs heterogeneous mediating institutions to temper enmity.

The most discussed cause of our fragmentation—the rise of social media—is actually less fundamental than these other two. Twitter and Facebook do place a premium on individual expression and thus allow citizens to air their animosities, but the social differences themselves would be increasing even without the rise of social media. Thus, it is a mistake to think that democracy can be rejuvenated by regulating these new media. But while social media platforms are not the fundamental cause of fragmentation, they do help sustain the atmosphere that abets polarization and sustain a friends-versus-enemies political mindset.

If these are the causes of our political distemper, what can counteract them? At one time,  America had a creed captured in the Declaration and the Constitution that encompassed people of very different policy views. But today those sources are dismissed by some as mere products of slave owners seeking to protect their own power and privilege. Fundamental disagreement about even the first principles of constitutional interpretation divides us. At Amy Coney Barrett’s confirmation hearing, leading Democratic Senators denounced the originalism to which she adhered as homophobic and racist. The Constitution was once so uniting that it was carried around in civic parades, but that tradition is not going to be revived anytime soon.

Moreover, our various political ideologies have yet to come up with any new, persuasive solutions.

The identitarian left wants to pursue more multiculturalism. But that enterprise leads to ever greater fragmentation, because multiculturalism splits society into ever smaller and potentially hostile groups. The new animosity between feminists and advocates of transgenderism is but the latest demonstration.

Liberals of a more mid-century mold hope to stabilize our democracy by increasing the scope and depth of the welfare state. But the atomization of our politics is not caused by income inequality. Indeed, as people become less concerned about earning a living, they are more likely to focus on identity and the single-issue politics that are inherently divisive.

Many conservatives have always emphasized nationalism as the most plausible social glue left. But today, many citizens here and elsewhere find meaning in debunking claims of national goodness and in calling out the nation’s historical sins. Because no nation has acted perfectly, particularly by today’s lights, it is unlikely that the appeal of this oppositional stance will go away anytime soon. Other citizens are simply indifferent to their nation. It was once an unusual person, generally an aristocrat, who regarded himself first and foremost as a citizen of the world, but today this sentiment is not uncommon among the ever-growing upper-middle class. Davos man is inherent in commercial globalization.

To be sure, some signal event, like 9/11 or even the recent invasion of Ukraine, may draw Americans together for a short time. But rallying around the flag is short-lived, and politics soon returns to its domestic racket. More recently, conservatives have suggested that economic nationalism in the form of high tariff barriers may create social solidarity. But that seems unlikely, because tariff barriers for me often mean high prices for thee.

Classical liberals do not have a solution either. But they do have an intuition. And the intuition is that freedom can yet build on mankind’s deep yearning for connection. For instance, traditional religion may be declining today, but America has witnessed many religious revivals in the past. So long as freedom of association and religion is protected, institutional religion may return as a mediating institution connecting people of different political views.

If economic freedom is preserved, markets too may devise services to connect people in ways that do not focus on divisive opinion, like Twitter. The next new trend in tech, for instance, is the Metaverse. As Bruno Maçães observes, the new virtual world will immerse the whole person, involving all five senses rather than “disembodied egos” we encounter in social media. In other words, we will not see people that we do not know personally just in the two-dimensional, generally political context created by social media today. Instead, the metaverse will create the possibility of more full-bodied interactions that people once had in their localities or traditional mediating institutions. To be sure, the benefits of the metaverse are speculative, but friends of liberty generally believe that such experiments are worth considering, because the innovations that endure tend to be those that contribute to human flourishing.

In short, the solution to our fragmented democracy will more likely emerge bottom-up from civil and market society, rather than top-down through politics.

This article, Healing Democracy from the Bottom-Up, was originally published by the American Institute for Economic Research and appears here with permission. Please support their efforts.