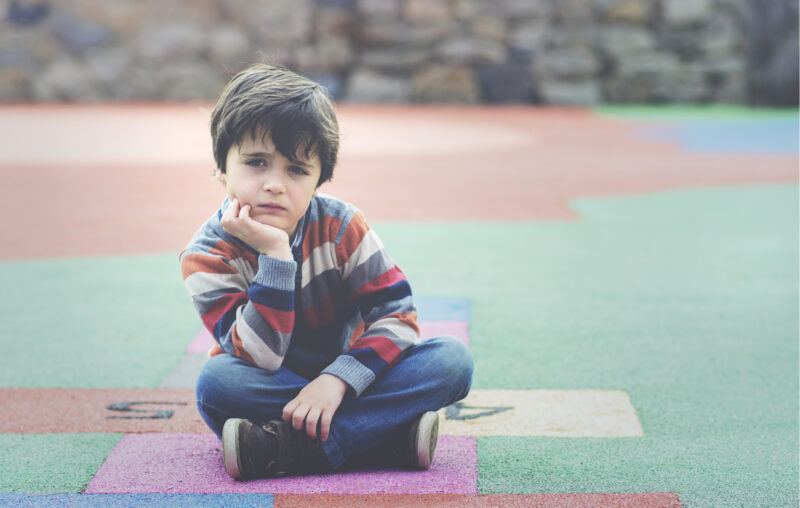 Lockdown sceptics will be familiar with the awful story of what has happened to children during the past 18 months. Indeed, one of the strongest, if not the strongest, argument against lockdowns has always been that it is cruel to children and destructive of their healthy development and schooling. Worse, it has all been done, not for their own good, but mostly to allay the fears of adults. A myth has emerged that the reason why children have been treated this way, particularly at the start of the pandemic, was because ‘we didn’t know anything about this virus’ and it was better to be safe rather than sorry. This is not true: it has been known since February 2020 that this is a disease from which children are at almost infinitesimal risk. The truth is, they were kept out of school because adults (teachers, parents, union officials, and politicians) were panicking.

Wider society is now apparently acknowledging – finally – that something rather appalling has been going on since last March. For example, it now appears that the insanity of the UK government’s policy of ‘self-isolation’ for schoolchildren, wherein entire classes or year groups of pupils are sent home for 10 days because of a single positive case among their peers, is coming to an end. The return of many activities which one would have thought of as being elementary to child development – music, art, sport – which had been banned all year by hyper-cautious teachers and pettifogging government ‘guidance,’ is also in the offing. Across the Atlantic the picture seems murkier but also more positive than it has been before. I do not think I am going out on a limb in predicting that in five years’ time, what happened to children during 2020-21 will be a deep source of shame in our countries. A healthy society prioritizes its young. Our nations have done the opposite.

The battle is really only beginning, however. Because although people now seem to be waking up about the direct costs to children of lockdowns and social distancing, they are still at best blithely ignorant, and at worst dismissive, about the extraordinary and unprecedented rapidity with which the future wealth of the young has been transferred to the middle-aged and old during this period.

Lock downstream rese was built on a mountain of debt. The figures themselves cause the eyes to glaze over, so it is sometimes more effective to put matters in historical perspective. In 1990-91, i.e. shortly after Margaret Thatcher left office, government debt in the UK was 27.8 percent of GDP. In 2007-08, it was still ‘only’ 40.7 percent. By 2009-10 it had risen, largely as a result of the financial crisis of 2008, to 69 per cent of GDP. In Q4 of 2020 it was 104.5 percent. We are now halfway through 2021 and the figures for this year will be higher still, because the government is still paying people not to work and businesses to remain closed or operate at half-capacity – the government spent £17.3 billion more in May 2021 than it did in May 2019. Even though restrictions will end on July 19th, the spending will not; the much-vaunted and ineptly-run NHS ‘test and trace’ system – on which £37 billion has already been wasted – will continue in operation. It is difficult to pass comment on all of this without resorting to inflammatory language; sometimes polite lexicon simply cannot summarize what one feels about a particular situation accurately.

These facts are barely publicly acknowledged, except in the form of vague anxieties about the economy, so I do not exaggerate in saying that the fact that it is children and young people who will have to pay this money back is essentially never raised in public debate about lockdowns in the UK. People still, remarkably, cannot seem to grasp that the government does not itself have any wealth – that it all comes from us, or from creditors who we have to pay back. And this debt will ultimately be paid back, through taxation or inflation or further borrowing (which will of course itself have to be serviced).

What has happened since March 2020, then, is that in order to protect the older generation and allay the fears of largely white-collar, middle-aged workers, children and younger people have been saddled with a vast burden of debt for which they will have to pay, probably for their entire working lives, in the form of taxation and the consequences of inflation. And, perhaps worse, they will find their own political opportunities curtailed as a consequence: every British Parliament elected from now until my 4-year old daughter is old will likely be wrestling with the need to service its borrowing and to slow the rate of growth in debt. The spending priorities of 20, 30, even 50 years down the line are being determined, currently, by politicians who will have long left office by the time many of these gilts mature, egged on by older voters who will never have to pay back the enormous sums of money which were borrowed to protect them. We have almost become a struldbrugg society akin to that depicted by Swift, in which the ‘avarice’ that is ‘the necessary consequence of old age’ is truly finding its expression.

The consequences for classical liberals are acute. Limited government depends for its existence on wellsprings of virtue upon which the free market must rest. Among these are self-reliance, the nuclear family, neighborliness, trustworthiness, community-mindedness, and responsibility. When these run dry, freedom gives way to self-centered license, and trust in the market itself declines. Mature adults making sure that their young – not just their own children, but the young of their nation as a class – have a secure, prosperous and free future is therefore not just important for its own sake (which it is), but because it is one of the cornerstones on which faith in freedom rests.

I do not think I speak out of turn in suggesting that the future of the free market depends on the rediscovery of the importance of intergenerational responsibility – but the reaction to Covid indicates our societies are very far away from doing so. We required children and young adults not just to put their lives on hold, but to mortgage their futures, when a system of focused protection like that advocated in the Great Barrington Declaration would likely have achieved better outcomes at much lower cost to the young. We are going to have to grapple with finding a way to make it up to them – and fast.

This article, Healthy Societies Prioritize the Young, was originally published by the American Institute for Economic Research and appears here with permission. Please support their efforts.

A Tale Of Two TV Hosts