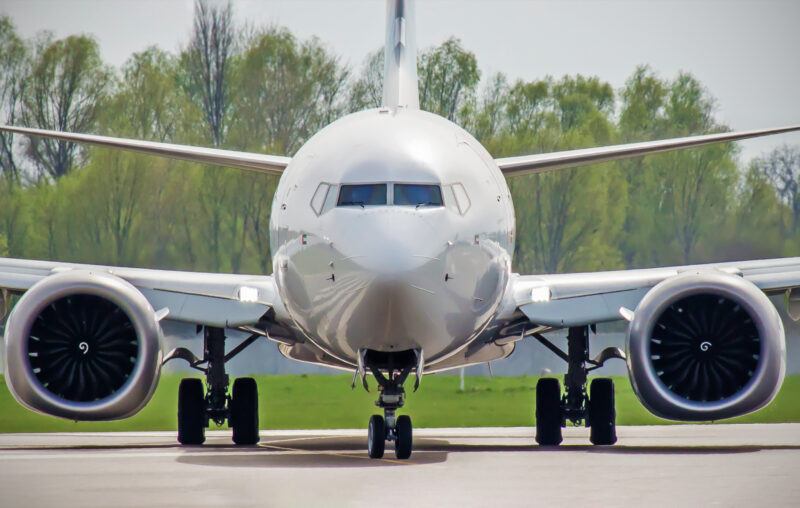 If you’ve been anywhere near an airport in the last two years, you’ve probably gathered that things in the airline industry have changed. Delays and cancelations are causing more headaches than ever, baggage mishandling is up, unruly passenger cases are up…it’s really a mess. Unsurprisingly, flight complaints remain significantly higher than pre-pandemic levels.

The most common complaint category is refunds. Many passengers feel that airlines have been bad about issuing refunds for missed flights, and some have been calling on the government to do something about this problem.

On Wednesday, the Department of Transportation responded to these calls with new proposed regulations that would create stricter rules for airlines regarding refunds.

According to current regulations, airlines are required to give refunds if a flight is canceled, or if a flight experiences a “significant delay” or change and the passenger chooses not to travel. However, under the current rules, the airline gets to decide what constitutes a “significant delay.” Unsurprisingly, passengers don’t always agree with the decisions airlines make.

“In practice, the circumstances in which airlines are required to make refunds have often been subject to interpretation,” writes Alison Sider in the Wall Street Journal. “The government doesn’t define significant change or delay in current rules, leaving it up to airlines to determine that.”

The new rules being proposed by the DOT are designed to eliminate the ambiguity in the current rules. Under the proposed rules, refunds would be mandatory for passengers who choose not to fly if the departure or arrival time changes by more than 3 hours for a domestic flight or 6 hours for an international flight. The new rules would also require refunds for missed flights if there is a change in the departure or arrival airport, an added connection, or a change of aircraft that constitutes a “significant downgrade” in the traveler’s experience.

Aside from clarifying (and, in practice, expanding) when refunds are mandatory, the proposed rules would also require airlines to issue non-expiring vouchers for passengers who don’t want to fly because of public health concerns or who can’t fly due to public health regulations such as stay-at-home orders or border closures.

“When Americans buy an airline ticket, they should get to their destination safely, reliably and affordably,” Transportation Secretary Pete Buttigieg said in a press release. “This new proposed rule would protect the rights of travelers and help ensure they get the timely refunds they deserve from the airlines.”

There’s No Such Thing as a Free Refund

At first glance, it’s easy to think that these regulations would be a pure win for consumers. After all, doesn’t it help to have more refunds and vouchers?

Yes, on the surface. But everything comes with a cost, and airline regulations are no exception. In a world of scarcity, you can’t get something for nothing. There’s no such thing as a free refund.

So where is the cost? Here, as in many cases, the cost is hidden, and it requires some digging in order to find it.

A good place to start is to look at this policy from the airline’s perspective. Now, this isn’t to say that airlines and their profit margins are the only thing that matters. Far from it. What I’m saying is, in order to help consumers, it’s important to understand how airlines make decisions and what incentives they face.

When an airline gets hit with a regulation, whether it be about safety or staffing or refund policies, the airline is essentially forced to take on additional costs. When they have to pay out more for refunds, for instance, their average cost per flight goes up. The result is a leftward shift in the supply curve and a higher price.

Now, some airlines may choose to offset the price increase by cutting back on other perks and services (meals etc.), but consumers ultimately pay somehow for the privilege of having their guaranteed refunds.

To give an analogy, say the DOT decided that, in the name of consumer welfare, every flight needed to have at least 20 flight attendants. Undoubtedly, consumers would have a better experience, but clearly that flight is going to be more expensive than a flight with fewer attendants.

The point is, there’s always a tradeoff between perks and price. Generous refund policies are nice to have, but just like generous staffing and generous safety standards, they come at a premium.

The Goldilocks Zone and Spontaneous Order

So far we’ve established that, all else equal, the more-consumer-friendly refund policies being proposed by the government will lead to higher prices because they impose higher costs on airlines. The benefit is that more people get refunds. The cost is more-expensive airfare.

So, is this a good tradeoff? Is the benefit to consumers worth the cost? To answer this question, we need to understand how markets deal with tradeoffs. Let’s begin by considering two hypothetical extremes.

Luxury Air is an airline that cares deeply about customer satisfaction. To show this, they have a very generous refund policy, even more generous than what the government requires. They will give anyone a refund for any reason at any time. Naturally, they have to charge a lot more than anyone else to stay in business with that kind of policy, so that’s what they do. Lots of perks. High prices.

Frugal Air is an airline that cares deeply about affordability. To show this, they have the lowest prices in town. They will always match their competitors. Naturally, they can’t afford to be very generous with their refund policies, so they don’t give any refunds for any reason. It’s a bit of a risk, but hey, you get what you pay for.

Now, back to the real world. In the free market, airlines begin by offering a combination of prices and perks somewhere along the spectrum from Frugal Air to Luxury Air. Then, consumers patronize the airlines that best satisfy their wishes. If consumers don’t think it’s worth it to pay for Luxury-Air-style refund policies, the businesses offering those flights will go under. Likewise, if consumers are turned off by “no refunds for any reason,” those kinds of policies will also be weeded out.

What we’re left with is the airlines that offer the optimal tradeoff between perks and price as judged by consumers. Thus, through a process akin to natural selection, consumers “choose” the refund policies and corresponding prices that best suit their wishes. The policies that the market “selects for” are the ones that consumers prefer the most. In other words, the market naturally gravitates toward a sort of goldilocks zone.

Now, consider what happens when a regulator comes in. Essentially, they mandate a specific spot on the Frugal-to-Luxury spectrum and force airlines to be “no less luxurious” than that. A mandate to provide refunds in certain circumstances is a mandate to provide extra perks, which invariably leads to higher prices. But—and this is the key—the “degree of luxury” they mandate is arbitrary, and the fact that they have to force the market up to it indicates that it is not in the goldilocks zone where consumers are happiest.

If consumers really believed those better refund policies were worth the extra expense, they would have favored airlines that offered that tradeoff, and the industry as a whole would have gone in that direction to maximize profits (that is, the goldilocks zone would be at a higher degree of luxury). The fact that the airlines aren’t offering them for the most part is all the evidence we need to conclude that consumers don’t think the benefit of more refunds is worth the cost. Thus, imposing a policy like this is most likely a net harm to consumers.

Again, the analogy to flight attendants is a bit easier to conceptualize. If the market is selecting for 3 attendants per flight and $100 tickets, a government mandate of 5 attendants per flight (which makes for, say, $120 tickets) pushes consumers away from their preferred perk/price combination. Hence, the regulation designed to help consumers ultimately ends up hurting them, because even though they got an extra benefit, it wasn’t worth the extra cost.

Consumers are perfectly capable of regulating airlines through their purchasing decisions—they do it every day. The DOT might think they’re helping, but they’re really not. Airline passengers are far better off when they, not bureaucrats, decide how airlines are run.

This article, How Airline Regulations Hurt Passengers, was originally published by the American Institute for Economic Research and appears here with permission. Please support their efforts.