How Do the Feds Get Away with That? 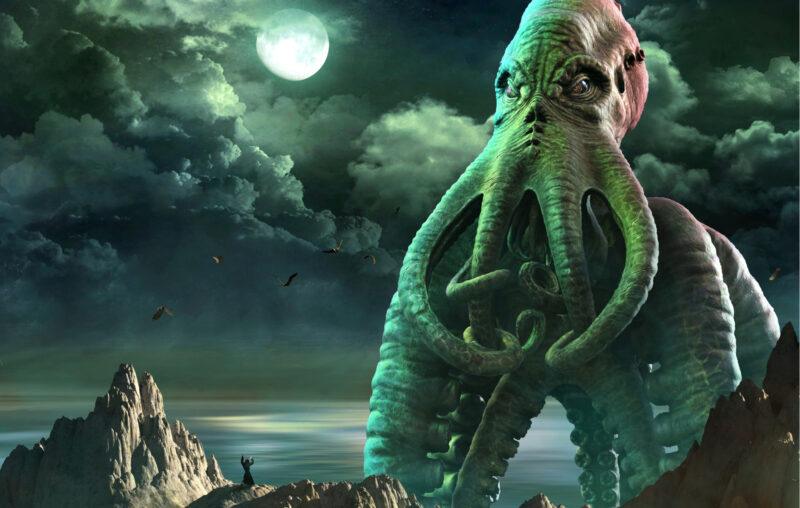 The tentacles of federal power over the states, localities, and private institutions have been reaching further and further. Consider, for example, a case involving a small Christian school, the College of the Ozarks.

The college adheres to a strict biblical code of morality and among its requirements is that men and women live in separate dorms. That would never have been a problem until recently, with the advent of the notion of “gender fluidity,” whereby a person who is biologically male might “identify” as female or vice versa. Once the idea that such individuals are entitled to compel others to accommodate their personal conceptions took hold among leftists, it was inevitable that the government would find ways to punish those who “discriminated” against them. College of the Ozarks did so with its housing policy.

Now, you can scrutinize the US Constitution all day long and you won’t find anything saying that Congress has the power to dictate to colleges what their housing policy must be. In fact, you won’t find any reference to education at all. Education was among the great many matters that the Tenth Amendment declared were “for the states or the people, respectively.”

Nevertheless, the federal Department of Education has told College of the Ozarks that it must drop its housing policy or else. Or else what? Lose eligibility for federal student aid money, that’s what. The school sued in federal court to have the Department’s order invalidated, but the judge ruled against it. (For the details, consult this piece that I wrote about the case.)

Where does the Constitution empower bureaucrats in Washington, DC to demand that every college must conform its housing policy to their ideas of what’s right? Can’t we have schools that are different on that?

We certainly should. A “gender fluid” student who doesn’t want to be treated according to traditional sexual binary concepts can attend a college that is accommodating. There is no harm at all in leaving colleges free to set their own rules—but officious federal bureaucrats like to throw their power around.

Back to the legalities. If the Constitution doesn’t give Congress authority over colleges, how can a bureaucracy use the threat of loss of federal money as a cudgel to make them obey it?

That is the point of a new book by Philip Hamburger, a professor at Columbia Law School, Purchasing Submission. He observes that to a greater and greater extent, federal bureaucrats use their money, benefits, and sheer power to force state and local governments as well as non-governmental entities like College of the Ozarks to submit to them.

Hamburger has written previously about the unconstitutional spread of federal power, in his book Is Administrative Law Unlawful? In it, he argued that the vast administrative state—the “fourth branch” of government—is inconsistent with the Framers’ concept of good governance. It harkens back to the kinds of star chamber proceedings in England that the drafters of our Constitution wanted to prevent. The people were only supposed to have to obey laws enacted by their elected representatives and face punishments by properly constituted courts of law, but “administrative law” violates both of those precepts.

In Purchasing Submission, Hamburger shows that the problem of unconstitutional control goes far beyond the visible administrative state, which has to comply with statutes and is at least somewhat subject to judicial oversight. When federal bureaucrats dangle money in front of state and local governments, or private entities, in exchange for their compliance with conditions that they would have no power to impose directly, they are subverting our constitutional order. Hamburger calls it a “transactional mode of control,” and declares, “It is a strange mode of governance, in which Americans sell their constitutional freedoms—including their self-governance, due process, and speech—for a mess of pottage.”

The book abounds in examples that show how far the disease of control by unelected bureaucrats has progressed.

Consider the way federal highway funding has been used to pressure the states into changing their legal drinking ages, clearly a matter for them under the Tenth Amendment. But federal bureaucrats thought it would be good if all states had a drinking age of 21, and threatened to withhold money from any that didn’t go along. South Dakota sued, arguing that the feds had no authority to demand that it comply. Unfortunately, the Supreme Court sided with the federal government, weakly saying that while the drinking age was properly a state concern, the condition imposed was germane.

The better argument was expressed by Justice O’Connor in dissent. She wrote that while the government is entitled to insist that the states build highways that are safe, it is not entitled to demand that they “change regulations in other areas of the state’s social and economic life.”

Returning to higher education, the feds have used eligibility for federal money to make college officials adopt speech restrictions and one-sided procedures for the adjudication of sexual harassment allegations. In K-12, receipt of federal No Child Left Behind funding was conditioned upon states adopting federally mandated curricula.

Nor is money always the bait when the government wants to make unconstitutional dictates. Licenses can accomplish the same thing. The FCC insists that broadcasters must comply with its edicts if they want to be able to continue to broadcast. And the tax code is also useful; churches and charities have to relinquish some of their First Amendment rights if they want donations to remain tax deductible.

Furthermore, Hamburger points out, federal agencies often use their already constitutionally dubious power as leverage to expand their power into blatantly unconstitutional domains. They do so by threats, letting regulated parties know that if they should challenge agency actions, they’ll face retribution. It’s sheer extortion. They usually get away with it.

This new mode of governance not only means that Americans have to obey rules that were not made by their elected representatives, but also that they will be judged by administrative tribunals rather than proper courts. The Founders’ vision for the nation has been badly subverted. The problem is that the courts have been derelict in dealing with this, often permitting agencies to continue extending their power in ways that undermine freedom and federalism.

Purchasing Submission is a brilliant lawyerly attack on a grave and ongoing problem. Hamburger’s thoughtful analysis will no doubt help future litigants prepare their strongest cases against it. If we are ever to get back to constitutional government in the US, we must absorb the lessons of this book.

This article, How Do the Feds Get Away with That?, was originally published by the American Institute for Economic Research and appears here with permission. Please support their efforts.