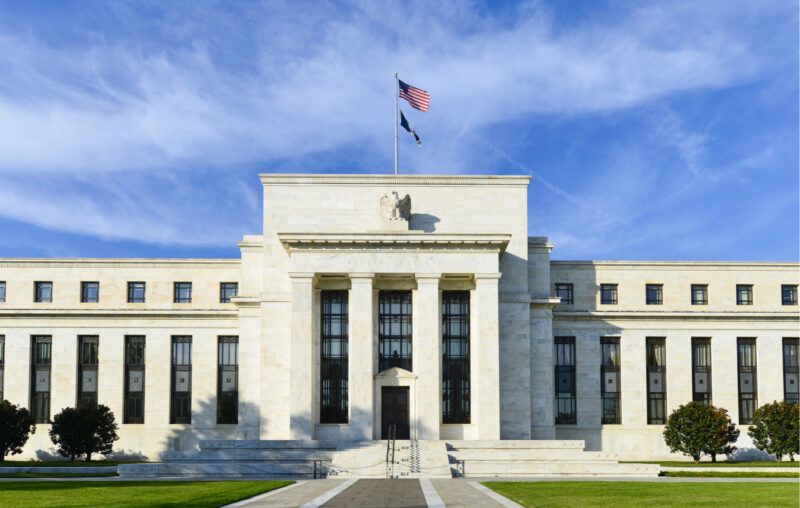 If you follow the Sound Money Project, this is probably not news to you. What remains unexplained, however, is how exactly the Federal Reserve sets monetary policy. How do Fed officials determine the desired size and composition of the balance sheet? What guides their choice of the federal funds rate?

After the financial crisis of 2008, monetary policy no longer restricted its operations to determining the supply of money – reserves – made available to financial markets. For more than two decades before the crisis, policy was implemented by targeting the federal funds rate. If inflation expectations appeared to be pushing interest rates upward, the Federal Reserve could choose to attempt to maintain low rates for a brief period, but would ultimately need to allow the federal funds target to rise in response to pressure from financial markets. With some exceptions – for example, preparation for Y2K and the response following 9/11 – Paul Volcker and Alan Greenspan tended to allow interest rates to rise under these circumstances.

Interest rates might rise due to growing expenditure during periods of economic recovery or if investors expect future monetary policy to be relatively easy. When the Federal Reserve could not target demand for money, expansionary policy tended to be constrained by inflation expectations. The Federal Reserve might succeed in maintaining low interest rates in the short run, but in the long run investors will interpret easy money as being inflationary and will therefore demand high returns on investment to offset expected devaluation of currency.

When Ben Bernanke took the helm at the Federal Reserve, he appreciated that Volcker and Greenspan tamed long-run inflation expectations. However, he feared that their strategy did not appropriately anchor short-run inflation expectations. Perhaps the boom in commodities prices in the early part of his tenure had stoked this concern. By the onset of the crisis, the monetary base was expanding at a record low rate. From 2007 onward, the rate of increase year-over-year never breached 3 percent. And in the first half of 2008, this rate was often less than one percent.

When Bernanke had to choose between increasing the rate of currency in circulation or averting a financial crisis, he chose a third path: create new funds and sequester them by providing deposit accounts at the Federal Reserve. At the time, the Federal Reserve balance sheet more than doubled and since that time, currency in circulation has not exceeded more than half of the value of the balance sheet.

The Federal Reserve sets the supply of base money that may serve as reserves for the financial system, typically allowing the quantity of base money to increase modestly over time. Fed policy tends not to allow this rate to increase significantly absent a crisis. Thus, for a given level of currency in circulation, the Fed eases or tightens policy by increasing or decreasing the remaining portion of the balance sheet not composed of circulating currency.

Since we seek to explain the direction of policy and not the efficiency of policy, I present the difference of the inflation component and the unemployment component, indicating the observed value of a variable in each period i:

The loss function presented is a heuristic for determining whether policy should loosen or tighten. As the value of the function rises closer to 0, a winding down of the balance sheet is merited. Before September 2019, Powell seems to have followed this logic as the Fed began tightening when the linear loss function moved closer to 0. A hiccup in the overnight lending market led Powell to modestly lower the federal funds rate. Months later, international lockdown in response to Covid-19 led the linear loss function to move into extreme negative territory. In response, Powell slashed interest rates to zero and has been continuing to expand the balance sheet in excess of currency in circulation.

While Powell has continually advised that he plans to maintain low interest rates at least into the near future, the return of the linear loss function to zero and potentially into positive territory will likely stoke concern from those who prefer a greater level of caution. For the last few months, core CPI has moved well above the average target of 2%. In June, year-over-year inflation was nearly 4.5% by this measure.

In August, Powell indicated that monetary policy would asymmetrically target unemployment and would only tighten monetary policy in response to rising inflation. Since Powell does not seem particularly concerned about inflation at the moment, there is a good chance that the loss target that I have presented moves into positive territory. Powell will have to convince investors that the higher rate of inflation is transitory.

Last month, Jim Bullard of the St. Louis Federal Reserve called for an end to emergency measures. If inflation does not relent in approaching months, this call for a modest tightening will likely develop support from other ranking members of the Fed. I’m willing to bet that support for tightening will be strongly correlated with the value of the loss function presented here.

This article, How Does the Federal Reserve Evaluate Policy?, was originally published by the American Institute for Economic Research and appears here with permission. Please support their efforts.