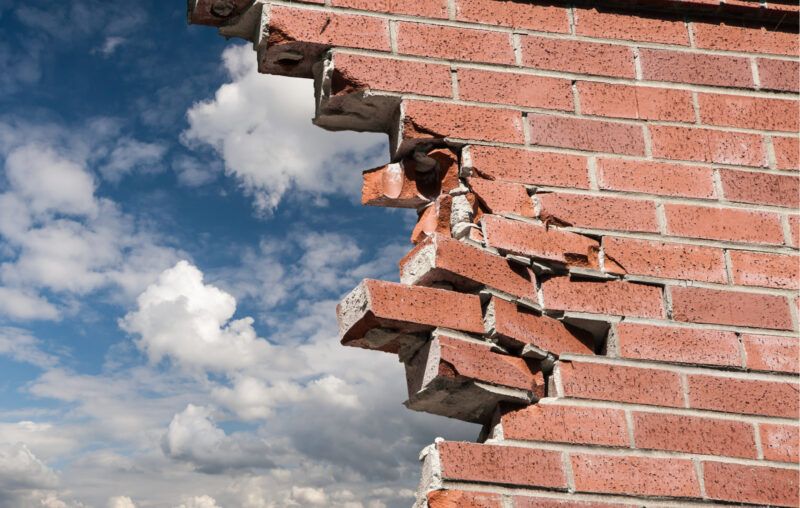 There is no need whatsoever for government to provide, subsidize, or control education. As with all other services, people can voluntarily offer to provide teaching or training, and those who are interested in such services can choose among the individuals and institutions offering them in the market. That is true for primary and secondary education (and during the COVID disruption, many parents are discovering that they can organize “learning pods” that are proving so effective that the public school monopoly feels the need to denounce them), as well as for post-secondary education — college and grad school.

The United States would be a far better educated country if government had kept entirely out of education. Unfortunately, it did not.

In this article, I’m going to focus on the damage government meddling has done in higher education. Owing to interference (mainly by the federal government) in the higher education market, today we have prodigiously expensive but largely ineffectual colleges and universities. Students often spend more than four years in pursuit of a degree that betokens scant learning, but in doing so, they amass huge debts. Often they are unable to repay those debts, despite “lenient” policies, thus leaving the taxpayers stuck with the cost.

It wasn’t always that way. In fact, college education was not at all expensive, and academic standards were quite rigorous — until the government stepped in.

Education — at all levels — is a service that can be provided through voluntary action by individuals or organizations. Government action to create and fund schools is not necessary. Those who want to learn have always been able to make arrangements with those who want to teach, going far back into antiquity. In America, there were no “public schools” until the 1830s and yet the populace was highly literate and enjoyed the benefits of great scientific and technological advances.

The drafters of the U.S. Constitution did not see fit to give the federal government any role at all in education. Read the document and you will search in vain for any hint that it was supposed to finance or control schools or colleges. Unfortunately, like so many other constitutional limits on the power of the government, this too has given way to demands that Washington must do something for “the general welfare.” (That vague clause in Article I, Section 8, has done immeasurable harm to the Constitution’s system of limited government ever since it was first used in the 1930s to justify federal spending for things not specifically enumerated.)

The federal government and higher education

So, how did the federal government get into higher education? As has so often been the case, war provided the opening. In 1944, the “G.I. Bill” included in its provisions a subsidy for returning soldiers allowing them to go to college at taxpayer expense. Advocates said that having lots more Americans go to college would provide a great economic boost to the nation, on the assumption that people with more education would be more productive. The fact of the matter is that prior to the war, the United States never lacked for superb professionals, but nearly all of them learned what they needed through on-the-job training rather than sitting in college classrooms. The rapid expansion of the American economy in the nineteenth century, long before there were college subsidies, is strong evidence against the claimed benefit of boosting college attendance.

The G.I. Bill allowed the camel of federal intervention to get its nose under the tent. It was followed by another war-related scare in 1958 — National Defense Educational Loans, inspired by the Cold War hysteria over Sputnik. The idea, pushed by Republicans and Democrats alike, was that the United States must be dangerously behind the Soviet Union in science — how else could the Reds have beaten us to putting the first satellite into space? — and therefore we needed to start training more scientists and mathematicians. The new law sought to induce more students into those fields by offering them easy government loans.

At this point, the impact of federal involvement with higher education was still minimal. A very small additional number of students were being lured into colleges. The expense was tiny (at least in terms of the federal budget), and the nature of higher education hadn’t been affected. The precedent for federal meddling had been set, however, and the dam was about to burst.

In 1964, Lyndon Johnson was elected president with large Democratic majorities in the House and Senate. Johnson was an old-line New Dealer, eager to use government for a host of what he thought were good programs — his so-called Great Society. Johnson, who had been trained as a teacher in Texas, thought that more education was the solution to most of the country’s troubles. Accordingly, he pushed Congress to enact the Higher Education Act of 1965. It opened the door to government financial aid for all students. Easy loans (and later grants) for any high school graduate who wanted to give college a try began a radical transformation of higher education, one that continues to this day.

The most predictable result of this unconstitutional foray into college financing (not only does the Constitution give Congress no authority over education, but it also gives it no authority to lend money to students, or anyone else) was a steady rise in the percentage of high school graduates who enrolled in college. Back when Americans had to either directly pay the costs of college or arrange to borrow the money from people who could say “no” if they doubted that they’d get it back, relatively few thought that college was worth the expense. But with the government making it easy to get college funds at low rates (initially through private loans that the feds backed, but after 2010, direct federal loans), far more students chose to enroll.

As more students did so, the average level of academic ability declined. More and more, students who previously weren’t regarded as “college material” because of their weak skills, poor motivation, or both, were enrolling. Borrowing was easy and inexpensive. The payments were years in the future, so why not go? Besides, college was fun. Student ranks swelled with young people who weren’t very serious about their courses but were very serious about partying.

The influx of such students put faculty members in a difficult position. If they maintained traditional academic standards, many of their students would get bad grades. Bad grades would result in bad evaluations from students, who expected college to be fairly easy. And bad student evaluations could harm careers. Therefore, many professors began easing up — giving higher grades and watering down course content.

At the same time, college administrators realized that they would have more money if they succeeded in enrolling and keeping more of those academically marginal students. Many decided that they cared more about maximizing the money rolling in than about their standards. Accordingly, they began to pressure professors who graded students “harshly” (that is to say, based on an objective assessment of how much they had learned) to inflate grades in order to keep students happy. Also, they began to undermine the integrity of the school’s curriculum. Demanding courses that were formerly required were made optional, and many new courses that would appeal to students — for example, on pop culture — were added.

This article, How Government Meddling Ruined Higher Education, Part 1, was originally published by the American Institute for Economic Research and appears here with permission. Please support their efforts.