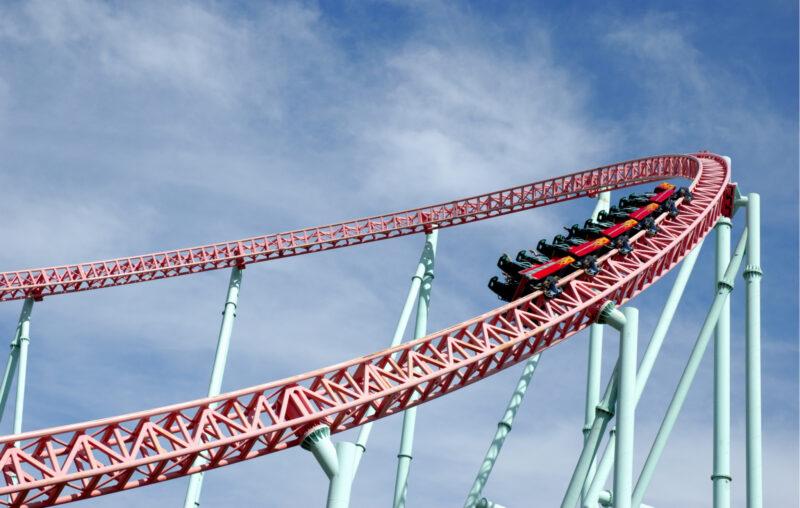 What will inflation be for 2021? Forecasts of inflation on the order of 3 percent or a bit more are common. They are low.

There are various measures of inflation, all with advantages and disadvantages. I use two here. The first is the Consumer Price Index. This sometimes is called the “headline inflation rate” because it is the index in newspapers’ headlines. It is also the inflation rate used to adjust Social Security payments. The second is the Price Index for Personal Consumption Expenditures less food and energy. This is the measure that the Federal Reserve uses in its comparisons of inflation with targeted inflation and that it provides in its summary of forecasts by members of the Federal Reserve Open Market Committee (FOMC).

2021 Monthly Percentage Increases in the CPI

It’s not very often that people use monthly inflation rates so it is not obvious how to put these numbers in context. As Alan Reynolds notes, there are various ways of doing it, none entirely satisfactory.

Inflation, though, is unlikely to be zero for the rest of the year. The Federal Reserve Bank of Cleveland provides “nowcasts” of inflation for July 2021 and the third quarter of 2021. They are “nowcasts” because they are forecasts of what inflation will be for the current period, i.e. now. This estimate of the CPI measure of inflation for the third quarter is 6.42 percent at an annual rate, which is a 1.57 percent increase in the third quarter. This suggests that, at the end of September, prices will have increased 5.00 percent since the start of the year. If inflation continued at the same pace for the fourth quarter, the CPI would increase 6.6 percent for 2021.

A 6.6 percent inflation rate for 2021 certainly would be remarkable. And it is obvious that it cannot be ruled out. The CPI measure of inflation is likely to be headline worthy, whatever it is.

These are uniformly lower than the values for the CPI, but the increase in the Core PCE inflation still is 2.20% in the first half of the year. The Federal Reserve has an explicit 2 percent average inflation target, but it does not specify the time period over which it aims to achieve 2 percent inflation on average. Unless this price index falls in the second half of the year, inflation will exceed 2 percent for the calendar year. How much higher is inflation likely to be?

The Federal Reserve Bank of Cleveland’s forecast of Core PCE inflation for the third quarter is 3.53 percent per year, or 0.9 percent for the quarter. This is a substantial decrease in the rate of inflation from that of March through June. If this forecast is realized, the Core PCE measure of prices for the first nine months of 2021 will be 3.1 percent higher than at the start of the year. If inflation in the fourth quarter continues at a similar pace, the core PCE measure of inflation will be about 4.0 percent for the calendar year.

A less attractive possibility for inflation is that core PCE inflation for the rest of the year will not decrease and will be similar to the rates in March through June, which had average core PCE inflation of about 0.5 percent per month. If that occurs, the annual inflation rate will be about 5.3 percent for the calendar year 2021. The average annual rate for 2020 and 2021 in that case would be nearly 3.4 percent.

Inflation will be noticeably higher in 2021 than it has been in some time. An important question is whether it will be followed by the widely predicted lower inflation or by higher inflation in subsequent years.

This article, How High Will Inflation Be in 2021?, was originally published by the American Institute for Economic Research and appears here with permission. Please support their efforts.