How the Consumer Will Become a Partner on the Electric Grid 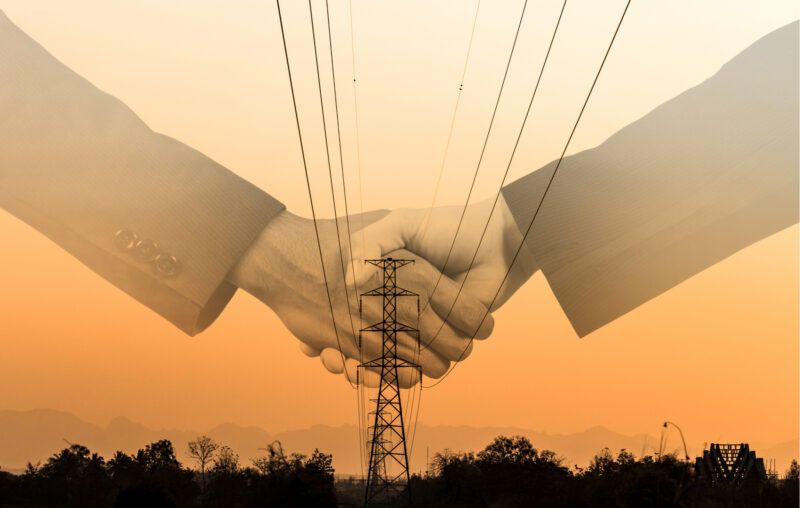 Carbon-free electricity isn’t a final destination – it is merely a stop along the road to a time when electricity becomes the clean fuel of choice and reduces pollution in buildings, cement, and steel production, transportation, and other places and industries.

That is the glorious, transcendental future that Arshad Mansoor, president and CEO of the Electric Power Research Institute, sees. He revealed his vision on “White House Chronicle,” the weekly news and public affairs program on PBS which I host, on his way to the COP26 summit in Glasgow, Scotland.

Mansoor, who talks about the future with an infectious fervor, was joined on the broadcast by Clinton Vince, chair of the U.S. Energy Practice at Dentons, the globe-circling law firm, and Robert Schwartz, president of Anterix, a Woodland Park, New Jersey-based firm that is helping utilities move into the digital future with private broadband networks.

Mansoor outlined a trajectory in which electric utilities must invest substantially in the near future to deal with severe weather and decarbonization. For example, he said, some power lines must be undergrounded and many must be tested for much higher wind speeds than were envisaged when they were installed. Some coastal power lines must be raised, he said.

While driving toward a carbon-free future, Mansoor cautioned against utilities going so fast into renewables the nation ignores the ongoing carbon-reduction programs of other industries. Further, if utilities can’t meet the electricity demands of transportation or manufacturing, these industries will turn away from the electric solution.

“Overall, we looked at the numbers and they showed a huge national role in decarbonization for the electric utility industry,” Mansoor said. However, the transition is fraught. It must be managed, sometimes using more gas until the system can be totally weaned from fossil fuels, he said. An orderly transition is vital.

Clinton Vince said the electric utility world has experienced a lot of volatility from severe weather, due to climate change, to the Covid-19 pandemic, and cyber-intrusions. “If I were to boil down to one word what is vital for utilities, it would be ‘resilience.’ ”

Resilience is an ongoing utility goal: It is the ability of a single utility or a group of utilities to bounce back from adversity, often by restoring power quickly. Anterix’s Robert Schwartz said that with his company’s private broadband networks and the deployment of enough sensors, a utility could identify a power line break in 1.4 seconds, before it hits the ground.

One of the most exciting and revolutionary aspects of Mansoor’s thinking is that the consumer will become a partner in the electric utility future. They will join the ecosystem by providing load management assistance through smart meters, now installed in 60 percent of homes.

Mansoor thinks the nation’s 480,000 school buses, if electrified, along with private electric vehicles, can be used to store energy. This answers the concern many utility executives have about storage and the concern that a tsunami of electric vehicles will overpower electric supply in the coming decade.

Personally, I think the utilities should plan right now for the integration of electric vehicles into their systems. They should offer electric vehicle owners financial incentives for plugging in and sending their stored power to the grid.

Likewise, the utilities should provide rate incentives for off-peak electric vehicle charging. They could do worse than look at the algorithms which have made Uber and Lyft possible, unlocking value in the personal car.

The utilities could devise a flexible system whereby they pay for power when needed and give a price break for charging during off-peak hours, or when there is a surfeit of renewable energy. That is the kind of data flow that will mark the utilities going forward and stimulate demand for private broadband networks.

We, the consumers, will be partners in the electric future, managing our own uses and supporting the grid with our electric cars and trucks. That is Mansoor’s achievable vision.

This article, How the Consumer Will Become a Partner on the Electric Grid, was originally published by the American Institute for Economic Research and appears here with permission. Please support their efforts.

Warren Buffett And David Rolfe Agree On These 6 Stocks