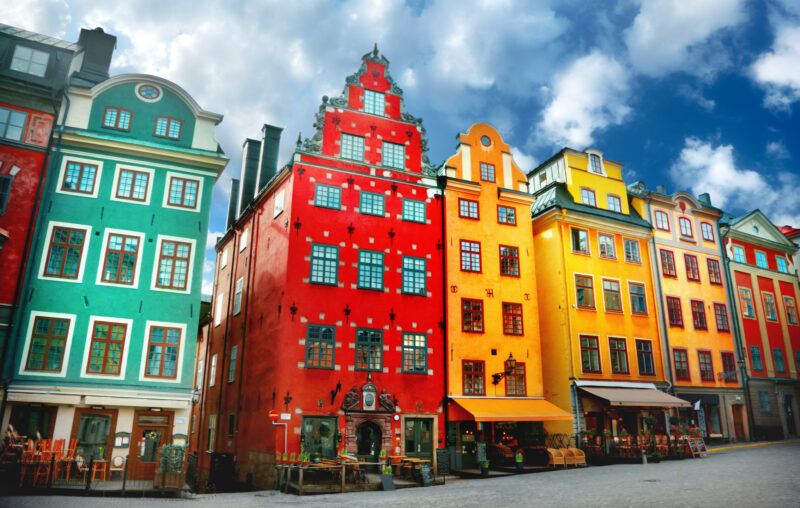 The Swedish private-sector labor market is unusual, even compared with other European countries. It is undergirded by coercion, creating a framework or model. That model is not something for countries like the United States to try to emulate.

Within Sweden’s private-sector labor-market framework, the players have learned give-and-take. The workplace, fundamentally, is a team effort in which employers and employees are trading partners. The formation of the model was highly dependent on Swedish history and circumstances. Its continuance depends upon the responsible use of power by the chief actors, labor unions and employers. The power I speak of is, in the main, market power conferred by the coercion that undergirds the model.

To understand the Swedish model, a short history helps

Sweden’s transition from a poor, rural society to an industrial society was far from smooth. In the 1890s, social democrats and labor unions started agitating across Sweden. Strikes and lockouts were common, and different brands of unions competed for members. Syndicalists, communists, social democrats, and liberals aimed to organize the growing working class.

The social-democratic unions were most successful, and in 1898 the unions coordinated and founded Landsorganisationen (LO), a union umbrella organization known in English as the Swedish Trade Union Confederation. The employers responded by organizing as well, founding Sveriges Arbetsgivareförening (SAF), or the Swedish Employers’ Confederation, in 1902. To get a sense of how serious the conflicts in the labor market were, one should know that in 1908, socialist union activists blew up Amalthea, a ship full of strikebreakers from England, and in 1931, the Swedish military shot four workers during a demonstration in Ådalen.

It is in this context of social discord and broad class conflict that the mythic Saltsjöbadsavtalet 1938 came to mark a significant turning point. Named for the town of Saltsjöbaden, where it was negotiated, Saltsjöbadsavtalet was the central agreement between LO and SAF stating governing principles for relations in the labor market, including a balanced committee to rule on labor disputes, rules governing the order of negotiations, and a commitment to avoiding conflicts that would harm overall society.

The agreement and culture built around it turned a dysfunctional labor market around, and the first version of the Swedish model — here meant narrowly to mean the Swedish labor-market model, as opposed to the Swedish welfare-state model, which really came later — helped Sweden, a laggard industrial nation, quickly become one of the wealthiest countries in the world.

It wasn’t until the 1970s and 1980s, under a radical leftist Social Democratic government, that the public sector expanded, and the ambitious Swedish welfare state became hegemonic over social affairs. A second version of the Swedish labor-market model emerged, with more state interventions. During the era, very frosty relations between SAF and LO were the norm. One example of the impact of radical socialist thinking at the time is the infamous Löntagarfonder, the Wage Earner Funds, of 1975. Löntagarfonder were proposed by LO to the Social Democrats as a policy to vanquish private ownership. For the first time ever in Swedish history, employers took to the streets; 75,000 individuals demonstrated against the Löntagarfonder on October 4, 1983.

Then, the economic crises of the 1990s hit Sweden hard. GDP growth was dismal, and Swedish industry lost about 300,000 jobs. Leading up to the crises, wage formation had spiraled out of control. Many (illegal) strikes gave (too) large nominal wage increases.

In May 1996, the Social Democrats were back in power, and Prime Minister Ingvar Carlsson wrote a letter to the labor-market parties encouraging them to find new forms for negotiation and a wage-formation process in line with European standards (Sweden had joined the EU the year before). All industrial unions in coordination answered with an op-ed stating that they were open to negotiation. The outcome was a new version of the Swedish model — the third.

Unions in industry understand the importance of Swedish competitiveness. It was not accidental that it was the industrial parties, ranging from tech to mining and textile that gathered and negotiated what is known today as the Industry Agreement. The agreement helped Swedish industry become competitive again. It also helped promote a spirit of cooperation that has been the norm since then.

The most significant achievement of the Industry Agreement of 1997 was renewed centralization of wage formation. Today, industrial parties set the bounds for wage increases in the Swedish economy, the so called märket — Swedish for “the mark” (not “market”). Märket is a percentage increase that the industrial parties agree is viable, usually around 2.5 percent. Since 1997, Swedes have seen increasing real wages at the same time as the economy has done quite well relative to other nations.

Describing the components of the model

The Swedish labor market is a highly unfree market. It is run by cartels (the employer associations and unions) who negotiate and sign collective agreements covering about 88 percent of Swedish employees. Coverage is 100 percent in the public sector. According to the Swedish National Mediation Office, there are currently over 700 industry-wide collective agreements. Then there are unknown numbers of local collective agreements, where a company and a union use the degrees of freedom of their industry’s agreement to make rules to fit their needs.

The freedom to deviate from rules in the collective agreements varies, but generally white-collar agreements are more flexible than are blue-collar agreements. Collective agreements typically stipulate wage levels, work time and scheduling rules, vacation and sickness-absence rules, rules regarding how wage increases should be distributed, and other details. Unions and employer associations know the specifics of their industry and make rules that fit less unreasonably than Americans might imagine. In this sense, the model is self-regulating, and it makes for better regulations than the state would provide.

The Swedish government, as well as the EU, also regulates the labor market. The national laws, however, often allow collective agreements to adjust them if both sides agree. Right now, Sweden does not have minimum-wage legislation, as wages are managed by the cartels.

Despite the EU proclaiming support for collective bargaining and supposedly finding the Swedish model inspiring, one threat to the model is proposals for EU-wide labor laws. At present, EU-wide minimum-wage laws are on the table, and other labor-market policy reforms are in the making. The Swedish government, the unions, and the employer associations are firmly against the new legislation.

There is a left-to-right political consensus that the model is valuable and worth keeping. In practice, the political consensus is shown in a trend toward “delegating” labor-market problems to the parties, letting them negotiate welfare policy. For instance, over the years, labor-market parties have set aside funds for building and maintaining so-called transition organizations. Transition organizations step in when employees are laid off, providing services so that laid-off workers can find new employment. In contrast to most European countries, downsizing, layoffs, and company death occur without conflict or state interference. Most Swedes know that the global market is beyond their control and that the only way to really thrive is to remain adaptive.

The widespread approval among Swedes of their current labor-market model is understandable. Since the Industry Agreement of 1997, Sweden has had a long period of real wage increases, a reasonably competitive economy, and virtually no industrial conflict. However, the love affair between politics and labor-market parties risks turning the model into a tripartite system, where the state joins the unions and employer associations to make rules.

Initiations of coercion underlying the model

The story above says little about the initiations of coercion that underlie the model. First, it is illegal for employment contracts to state that the employee cannot join or organize a union while employed. Such policy is not unique to the Swedish labor market, of course, but it is taboo to even discuss limitations.

Sweden also allows solidarity action; other unions are allowed to strike in support of another union’s conflict. Even though unions cannot strike on their own behalf if they have signed a collective agreement, a sympathy action is permitted.

It is worth noting that despite extensive conflict rules, there are very few strikes. It is simply illegal for would-be employers and employees of significant number to set themselves up voluntarily outside the model, so companies know they have to play along, and unions know what they can and can’t get away with.

Given these strict government-enforced rules, it may seem remarkable that the economy under the Swedish model does as well as it does. Why are the strong unions not running amok in trying to wrestle with employers over power? One answer is that they have tried and failed historically. The trial-and-error resulted in awareness that a small, open economy needs to be competitive. At present, enough unions understand that. However, there are unions in male-dominated markets (construction, transportation, etc.) that are quite prone to use conflict.

It must be remembered that Sweden has a population less than the metro area of Los Angeles, a basically uniform language community, and (really) only one neighboring land (Norway). Swedish unions and their cartels see themselves (and are seen by the political elite) as part of what sociologist Edward Shils called “the central zone,” that is, a sociological zone of leadership in national politics. Sweden still has a functional central zone. There is responsibility with power to a much higher degree than in most nations.

The model also works because of repeat interaction. Central and local negotiations build mutual understanding and respect. Both parties have skin in the game, both parties will meet again. The longstanding tradition of the model, with proven capabilities to step up and solve problems, has led to its legitimacy, and one could say that it is a “natural” part of Swedish culture.

As a classical liberal, I approach the model with Thomas Sowell’s question in mind: Compared to what? My answer is that the most pertinent alternative to the Swedish model is not a Swedish labor market reformed toward free markets but rather one with more state intervention, and with significant influence from the EU and others. Compared to that, at least, the Swedish labor-market model as we know it is not too shabby.

This article, How the Swedish Labor Market Really Works, was originally published by the American Institute for Economic Research and appears here with permission. Please support their efforts.