How Threat-Free Are Americans from Covid-19? Late February 2022 Update 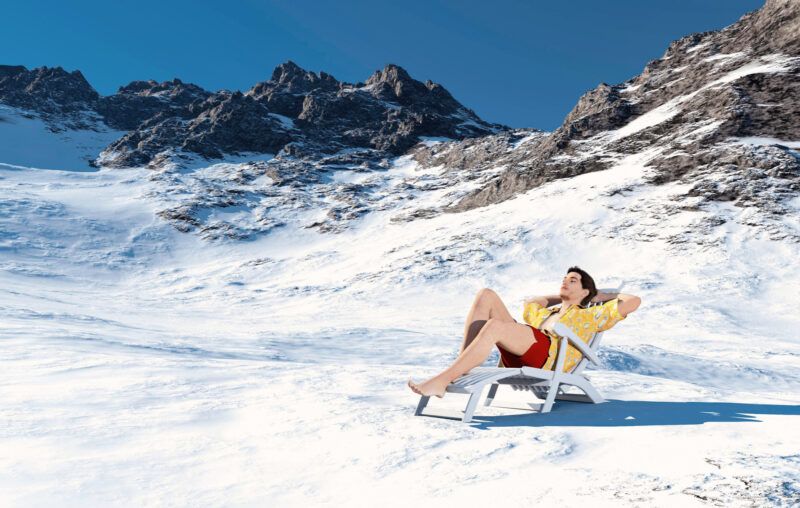 New cases of Covid-19 have been falling dramatically throughout February. This sharp decline has coincided with the fall of government-ordered nonpharmaceutical (and pharmaceutical) interventions. Shifting political winds blew those over, of course, but seasonality is proving them redundant or worse.

As February drew to a close, the weekly increase in new cases had fallen to about half a million, when a month ago they were over five and a half million. Based on the most recent government data, as of February 21 only about five Americans in a thousand could have conceivably transmitted Covid-19 to someone. In other words, an estimated 99.5 percent of people in the United States posed no threat to anyone of spreading the virus.

Further, nearly 97 percent of total cases are recovered, meaning not only that those people are no longer threats, but also that they now have the strongest form of immunity against Covid-19.

Threat-Free Index estimates as of February 21

The Threat-Free Index provides a different perspective to the unrelenting media alarmism over ever-rising Covid case counts by offering context to the numbers and the people they represent — our friends, neighbors, even family members. The index has several components, all easily derived from official government data. They include:

Presumed recovered: the number of convalescent people who have had a lab-confirmed case of Covid-19 and are no longer sick and infectious. The Centers for Disease Control and Prevention (CDC) had considered recovery to be generally 10 days post infection. For my index I have been rounding that to two weeks (14 days). The number of presumed recovered is generated, then, by taking the total number of cases from two weeks prior and subtracting out all deaths from or with Covid-19.

Population: the daily US population estimate provided by the US Census Bureau. The index states the above numbers also as proportions of the US population.

Here are the Threat-Free Index estimates as of February 21:

The Threat-Free Index gives a close approximation of the current risk to a hypothetical person going out in public somewhere in the United States of encountering someone with a transmissible Covid infection. Notice that the risk estimated here is of encountering someone with a transmissible infection, not of contracting an infection. Becoming infected requires a greater range of circumstances than a chance encounter. It includes length of time spent near an infected person, proximity, location, air circulation and purification, how symptomatic the person is, and one’s own immune protection (especially if one has acquired natural immunity from fighting off a prior infection).

Estimating immunity and protection from Covid-19

In keeping with the Threat-Free Index’s purpose of providing data in context to tamp down people’s irrational, overinflated fears of ever engaging in normal human interaction again, can we get an idea of just how many people now have immunity or protection against Covid?

As discussed here in the previous update, US health officials finally began to thaw toward admitting natural immunity from Covid, which is already attested to by 150 research studies and counting as of this writing. The CDC showed in a January 19 report that, among other things, natural immunity from a prior infection of Covid-19 provided significantly stronger protection against the Delta variant than that offered by the current vaccines. Dr. Anthony Fauci, who conspired with Dr. Francis Collins not only to impugn the Great Barrington Declaration and the scientists behind it, but also to prevent natural immunity from being recognized at all, used an interesting phrase at the World Economic Forum’s Davos Agenda on Jan. 18 about the Omicron variant: that it could “be the live virus vaccination that everyone is hoping for.”

Even the CDC acknowledges that far more people have contracted and recovered from Covid than comprise the official, lab-confirmed case count. The CDC estimates that only 1 out of every 4.0 actual infections of Covid-19 are reported in the US (updated as of Nov. 16, 2021, this estimate comes with a 95% uncertainty interval of 3.4–4.7 actual infections). As I wrote earlier,

This estimate makes sense if you consider, for example, one member of a family of four tests positive but the rest in the house feel sick, or also so many mild or asymptomatic infections that wouldn’t prompt a doctor’s visit (those are, incidentally, signs of “a highly functional virus-specific cellular immune response,” per Le Bert et al., Journal of Experimental Medicine, March 1, 2021).

It also makes sense considering that an unknown number of people had contracted Covid-19 before it was even known to health officials. A June 2021 National Institutes of Health study published in Clinical Infectious Diseases found evidence of the virus present in parts of the US in December 2019, well before the first lab-confirmed case on January 20, 2020. And diagnostic tests were still limited for many weeks after that.

The other unknown number is reinfections, which are rare but still occur. The CDC study referenced above included a cohort of unvaccinated individuals in California and New York with previous Covid-19 diagnoses (summing 1,897,922), of which 10,055 (0.5 percent) developed a subsequent lab-confirmed infection during the Delta wave (see Table 1 here). My own estimate for North Carolina, based on state data that include Omicron cases, currently shows that 3.4 percent of cases were reinfections.

We have enough data to hazard a very conservative estimate of the percentage of Americans with protection against Covid-19. As of February 21, 75.9 million were presumed recovered from Covid. Let us discount that by North Carolina’s reinfections estimate (3.4 percent) and then use the lower bound of the CDC infections multiplier (3.4). This produces an actual infection estimate of 249.2 million, about 75.0 percent of the US population.

This exercise yields an estimate of 91.1 percent of Americans with either vaccine-induced protection or natural immunity (or both) to Covid.

Due respect for the virus doesn’t require treating your family, friends, and neighbors as the dire threats that media, public health officials, and the fearful are making them seem to be, either now or in the future. Existential threats are coming from governments wielding powers never given to them, supposedly to fight Covid, but which they’ll find extremely useful against us in any other emergencies, real or fabricated.

This article, How Threat-Free Are Americans from Covid-19? Late February 2022 Update, was originally published by the American Institute for Economic Research and appears here with permission. Please support their efforts.