How Threat-Free Are Americans from Covid-19? Late January 2022 Update 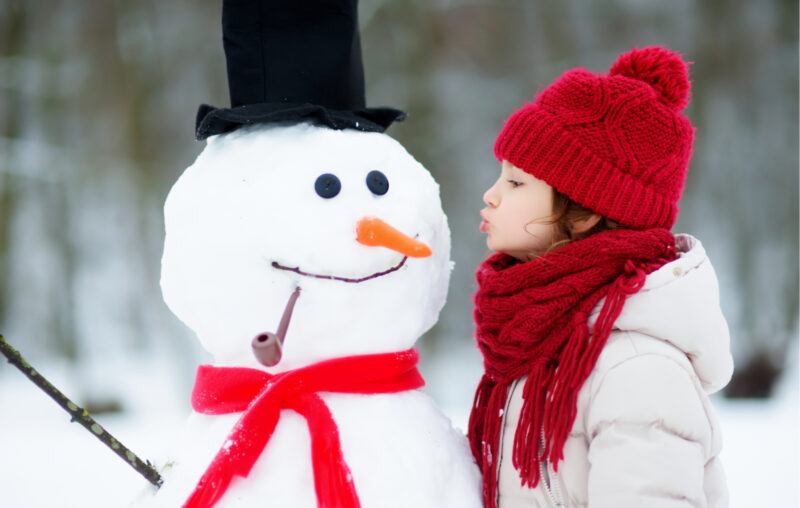 The month of January 2022 has witnessed the fastest rise in Covid-19 cases since the pandemic began. At its peak a year ago, the weekly increase in new cases had reached 1.75 million. The peak earlier this January had reached 5.6 million. Nevertheless, based on the most recent government data, as of January 24 only about three Americans in a hundred could conceivably transmit Covid-19 to someone. In other words, an estimated 97.0 percent of people in the United States pose no threat to anyone of spreading the virus.

Even with such a rapid influx of new cases, nearly 85 percent of total cases are recovered, meaning not only that those people are no longer threats, but also that they now have the strongest form of immunity against Covid-19.

In the weeks since the last update, cases have surged from seasonality and the more infectious but relatively milder Omicron variant, leading to some reflexive tightening of Covid restrictions in pockets of the world and in leftist urban enclaves. The Threat-Free Index reached its lowest point earlier in January, reaching 96.8 percent. In raw numbers this case surge is the worst so far, despite two years and every mandate the central planners could muster, and that reality has shaken the faithful from their certainty that government health experts actually knew what they were doing. The hardest hit areas were frequently the most Covid-orthodox. Doctrinaire devotees were left dumbfounded, protesting like Pfc. Louden Downey at the end of “A Few Good Men”: “I don’t understand … What did we do wrong? What did we do wrong? We did nothing wrong!”

Having done everything right but still ending up infected, these infectees have even started questioning the government’s changeable dictates. Fifteen days to stop the spread, wear masks until we have vaccines, put the masks back on even if you’re vaccinated, say goodbye to work and travel unless you’re masked and vaccinated, you’re not vaccinated until you’ve had a booster, looks like you’re going to need a booster to go with that booster — where does it all end?

We’re left with a deeper question; when will it ever start working?

Cracks in the edifice

Politics, not the pursuit of public health, has dominated the government’s reaction to Covid-19, and the fallout from the current surge and its implications are perceived to threaten influence on the critical midterm elections. In consequence, we have witnessed some key changes in recent days. Some of it has been a welcome admission of fallibility, though mostly without the applied lesson of such humility, which would be a wholesale repeal of their ineffective mandates and a willingness to rethink failed strategies.

For example, a Jan. 19 report from the Centers for Disease Control showed, among other things, that natural immunity from a prior infection of Covid-19 provided significantly stronger protection against the Delta variant than that offered by the current vaccines. The finding alone isn’t unusual; the research literature is suffused with studies (146 and counting as of this writing) attesting to the superior strength of natural immunity to Covid-19. What makes this finding significant is that it is from the CDC, which had previously recognized natural immunity only to cast doubt upon it in comparison with vaccine-induced immunity.

In recent weeks major media and health officials have begun to talk openly of the virus entering the endemic phase, a transition indicated by Omicron. Even Dr. Anthony Fauci, director of the National Institute of Allergy and Infectious Diseases, suggested at the World Economic Forum’s Davos Agenda on Jan. 18 that Omicron could signal the beginning of the “endemic phase” of the virus, raising the possibility that it could “be the live virus vaccination that everyone is hoping for.”

At the close of 2021, the CDC changed its guidance shortening the period of Covid-19 isolation and also no longer requiring PCR testing of people at the end of their isolation. CDC Director Rochelle Walensky told Good Morning America that the PCR tests can return positive for up to 12 weeks. Viewers were left to infer what others have warned about from the outset, including even the New York Times on August 29, 2020, that the PCR tests are “diagnosing huge numbers of people who may be carrying relatively insignificant amounts of the virus.”

The Associated Press published an article on Jan. 4 titled “Why are so many vaccinated people getting Covid-19 lately?” that sought to correct readers’ thinking. “People might mistakenly think the COVID-19 vaccines will completely block infection, but the shots are mainly designed to prevent severe illness.” wrote Laura Ungar. People “might mistakenly think” such a thing if people were still thinking in the old definitions of vaccine and vaccination, unaware that the CDC had changed them (see before and after).

Then on Jan. 12 the AP made this announcement: “The Associated Press has recently told its editors and reporters to avoid emphasizing case counts in stories about the disease. That means, for example, no more stories focused solely on a particular country or state setting a one-day record for number of cases, because that claim has become unreliable.”

Meanwhile, speaking about the Omicron variant, Pfizer CEO Albert Bourla told Yahoo Finance’s Anjalee Khemlani on Jan. 10 that “we know that the two doses of the vaccines offer very limited protection, if any; the three doses, with a booster, they offer reasonable protection against hospitalization and deaths — against deaths, I think, very good, and less protection against infection.”

The CDC changed more guidance on Jan. 14, this time concerning face masks, “clarifying” that cloth masks offer the least protection. The research literature is and has been clear since before Covid-19 about the ineffectiveness of face masks against airborne viruses, and it has also been clear about how masks are harmful to children. The CDC admission concerning the masks forced on people and especially schoolchildren for the past two years pivoted suddenly into promoting N95 and KN95 masks. The Biden administration then announced a plan to send out 400 million N95 masks from the Strategic National Stockpile to pharmacies and community health centers to distribute for free.

It may be that people will accept that the answer now is higher grade masks and an undiscovered number of future injections to make up for the deficiencies of the first two. It may also be that the administration is trying to keep governmental control measures at the forefront while they run out the clock on the Omicron “live virus vaccination,” so as to credit themselves and those control measures later for cases’ eventual decline. New case numbers appeared to start declining about mid-January.

The politics are still dicey for the Biden administration, as already discussed, and as also seen in the U.S. Supreme Court’s more-welcome-than-not split ruling Jan. 13 in the two cases challenging the president’s vaccine mandates. In the more far-reaching case, the Court blocked the Occupational Safety and Health Administration’s Covid-19 mandatory vaccination and testing emergency temporary standard (ETS) against large employers, but it somehow allowed the Centers for Medicare and Medicaid Services mandate against 10 million health care employees to stand.

The Court’s decisions left too much uncertainty to discern, however. A ruling to split the baby is only Solomonic if it results in true justice, not an actual split. In consequence, OSHA decided to withdraw the emergency temporary standard but not the proposed rule behind it: “Although OSHA is withdrawing the Vaccination and Testing ETS as an enforceable emergency temporary standard, OSHA is not withdrawing the ETS to the extent that it serves as a proposed rule under section 6(c)(3) of the Act, and this action does not affect the ETS’s status as a proposal under section 6(b) of the Act or otherwise affect the status of the notice-and-comment rulemaking commenced by the Vaccination and Testing ETS.”

The politics got the better of Prime Minister Boris Johnson, however, who had to announce an effort to “restore the ancient liberties of this country” on Jan. 19, namely an end to his country’s Covid-based restrictions. As reported by the New York Times, his government will “drop its guidance on wearing face masks on public transportation and in school classrooms, encourage workers to return to their offices and end the requirement that people show vaccine certificates or proof of recovery from a recent coronavirus infection to enter large public events.”

“We will trust the judgment of the English people,” Johnson said.

Threat-Free Index numbers as of January 24

The Threat-Free Index provides a different perspective to the unrelenting media alarmism over ever-rising Covid case counts by offering context to the numbers and the people they represent — our friends, neighbors, even family members. The index has several components, all easily derived from official government data. They include:

Presumed recovered: the number of convalescent people who have had a lab-confirmed case of Covid-19 and are no longer sick and infectious. The CDC had considered recovery to be generally 10 days post-infection. For my index I have been rounding that to two weeks (14 days). The number of presumed recovered is generated, then, by taking the total number of cases from two weeks prior and subtracting out all deaths from or with Covid-19.

Population: the daily U.S. population estimate provided by the US Census Bureau. The index states the above numbers also as proportions of the US population.

Here are the Threat-Free Index estimates as of January 24:

The Threat-Free Index gives a close approximation of the current risk to a hypothetical person going out in public somewhere in the United States of encountering someone with a transmissible Covid infection. Notice that the risk estimated here is of encountering someone with a transmissible infection, not of contracting an infection. Becoming infected requires a greater range of circumstances than a chance encounter. It includes length of time spent near an infected person, proximity, location, air circulation and purification, how symptomatic the person is, and one’s own immune protection (especially if one has acquired natural immunity from fighting off a prior infection).

While the risk at the end of January is higher than it was in December or November, it is still much lower than what people have been made to believe. The risks from government tyranny excused by this belief are much, much higher, and they include the risks that this tyranny becomes endemic as the virus does.

Failures of government to defeat this virus were predictable and by now are self-evident. The tools they used, however, must be taken away before they use them against us for other emergencies, real or fabricated. If unconstrained power becomes wielded over us as a matter of course, it won’t matter a whit if we originally thought it was for use only during Covid.

As Lance Cpl. Harold W. “Hal” Dawson said in response to Downey, “We were supposed to fight for people who couldn’t fight for themselves.”

This article, How Threat-Free Are Americans from Covid-19? Late January 2022 Update, was originally published by the American Institute for Economic Research and appears here with permission. Please support their efforts.