How Will Russia Respond to Financial Sanctions? 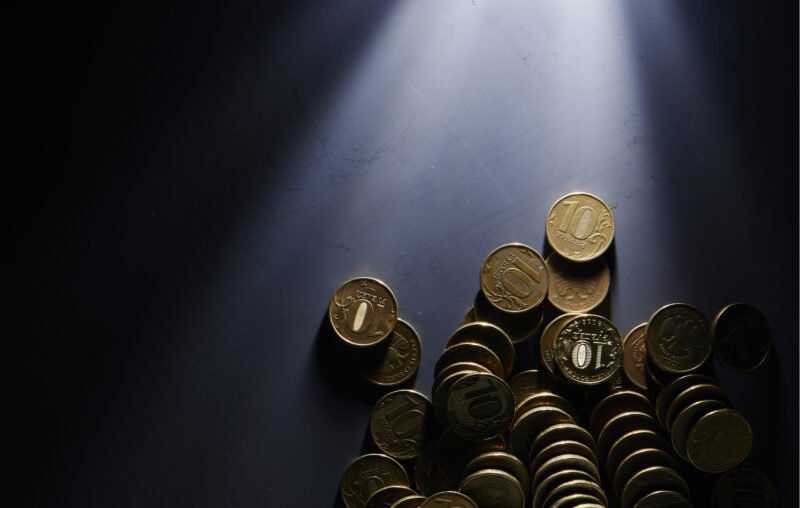 NATO countries may not have sent troops into Ukraine, but they are attempting to inflict pain on Russia through economic controls. The most dramatic of these are financial sanctions. The Central Bank of Russia is facing sanctions with regard to foreign exchange and SWIFT will be denying service to numerous Russian banks. This means that the Russian financiers and the Central Bank of the Russian Federation will be isolated from the global financial system. Cut off from buyers, the assets side of the central bank’s balance sheet will decline in value.

Present-day depositors want to exchange the rubles in their accounts for assets much in the same way that a century ago, depositors would have wanted to withdraw gold from banks during a financial crisis. Expecting a devaluation of the monetary unit, depositors will want to quickly exchange rubles for assets – perhaps dollars or another stable currency –  that will maintain their value.

This problem is reinforced by the fact that foreign debts are often denominated in dollars much in the same way that some contracts were denominated in gold during the gold standard. Debtors will want to repay debts or attain dollars as quickly as possible to avoid further devaluation of their savings. Default is more likely as a result.

The current devaluation of the Russian ruble stems, in part, from the expectation that the central bank’s access to dollars is greatly reduced by financial sanctions. Such restrictions place a heavy burden on borrowers owing dollar-denominated debt. Contracts denominated in dollars could be made null and redenominated in terms of rubles at some rate of exchange lower than the market rate. This would only increase the risk perceived by investors and further reduce demand for the ruble and Russian debt.

This strategy of constraining Russian finances will limit financial flexibility in the short run. However, financial institutions will search for substitutes to intermediation in the global financial system. For example, the Russian central bank reengaged its gold buying program in the days leading to the invasion of Ukraine. Presumably this was initiated in an effort to develop financial independence. However, it is unclear how helpful this strategy will be under the current sanctions. And Russian investment might be laundered through one or multiple intermediaries connected to the global financial system.

On February 21, 2022, the Russian Minister of Finance proposed the legalization of investment in Bitcoin and regulators are considering openness to cryptocurrency investment more generally. Although regulators in Russia have not been open to domestic use of cryptocurrency for exchange, financial sanctions implemented in response to Putin’s invasion may necessitate integration of cryptocurrency into the Russian financial system. Cut off from major financial institutions that are connected by the SWIFT system – presuming such a move is completely and effectively implemented, which is a tough case – Russia’s investors will seek to use a substitute for international financial transactions. While Bitcoin and other cryptocurrencies have been prized for their reduction of remittance fees, they can also reduce the costs incurred due to financial sanctions. If the central bank moves swiftly toward these financial substitutes, the long-run effectiveness of these sanctions will be limited. In the least, if Russians themselves are allowed low-cost access to cryptocurrency markets, part of the strain on the Russian financial system will be alleviated.

Those implementing financial sanctions ought to account for the impact of such substitution. Jerome Powell has recognized this problem. He calls for updates to the regulatory framework governing the use of cryptocurrency. However, cryptocurrencies are intentionally structured to work around modern financial institutions and, therefore, financial regulations. Perhaps a better approach would be to accept that regulation of these sectors will tend to be ineffective in preventing this substitution by Russia.

Still, Russia faces other difficulties. The government must roll over its national debt and will be forced to do so at higher interest rates given its degraded financial position. Who is going to lend funds to Russian business or the Russian government? At the moment, Russian credit default swaps suggest that the Russian government is in a critical bind. Bloomberg reports that the current spread on credit default swaps imply a 40 percent probability of default.” Cutting Russia off from financial markets is going to make maintenance of the current level of debt impossible. More than likely, the government will resort to inflation in the short run. The central bank is attempting to convince investors that it will not engage in inflation, moving the interest rate upward from 9.5 percent to 20 percent. Yields on Russian dollar bonds, however, have risen steeply from less than 5 percent to nearly 25 percent. As also indicated by Russian credit default swaps, investors expect a high likelihood of default on Russian bonds not denominated in rubles.

The sanctions are intended to increase the cost of war for the Russian government. Russia currently finds itself outside of the global financial system. Over time, however, the burden of financial sanctions will weaken. Russian businesses and financial institutions will eventually find intermediaries that, for a cost, connect the country to the international system of payments and finance. While that will not mitigate short-run pain, in the long view, financial intermediation through third parties and substitution away from traditional financial intermediation will make financial sanctions less effective. Policymakers should consider this a likely development as they shape and implement policy with intention of ending Russia’s invasion of Ukraine.

Thanks to Lars Christensen, whose recent commentaries have been helpful for understanding the financial consequences of the current conflict.

This article, How Will Russia Respond to Financial Sanctions?, was originally published by the American Institute for Economic Research and appears here with permission. Please support their efforts.