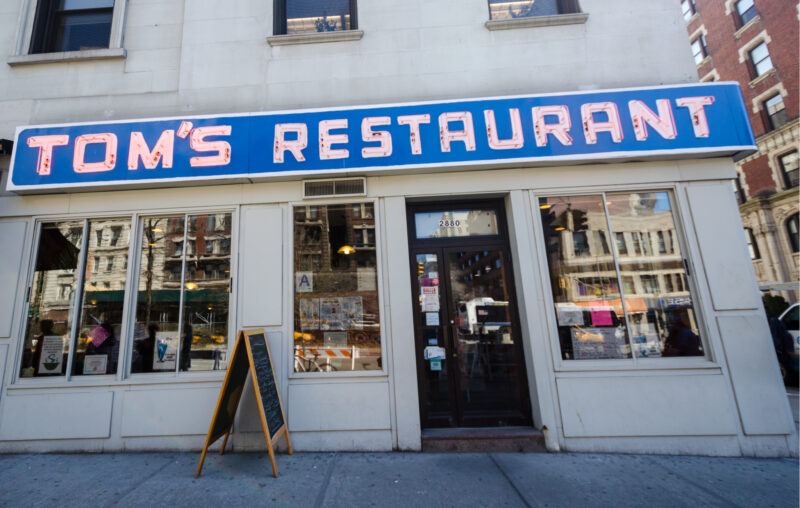 Smith’s review on Mandeville’s has an interesting presentation: In ‘The Theory of Moral Sentiments,’ Smith reviews the great systems of moral philosophy and devotes a long chapter to Mandeville, who he judges as “licentious” and “wholly pernicious,” in the sense that he takes away altogether the distinction between vice and virtue.

Aristotle defined comedy as an imitation of men worse than the average, whereas tragedy was an imitation of men better than the average. Comedy at its core remains the very same kind of thing ancient Athenians enjoyed. It is also a worthy and useful art genre for conveying complex issues simply. Through sarcasm, parody, or irony we can better express seriousness. ‘Seinfeld’ was a successful situational comedy (sitcom) of 180 episodes that aired on the NBC network in the U.S. during the 1990s. It was created and developed by two comedic authors: Jerome Allen Seinfeld and Lawrence Gene David, better known as Jerry Seinfeld and Larry David. David was older and had already established himself as a comedy writer, while Seinfeld was younger and up-and-coming stand-up comedian. They created one of the most acclaimed sitcoms ever often described as “a show about nothing.” Let me assure you, that is a funny understatement.

‘Seinfeld’, the show, touched upon the most important issues during the ‘90s without condescension. There was no express morality, no cautionary tales, no suggestions on behaving better. The audience glimpsed the lives of these New Yorkers doing things similar to things in their own lives. Spoiler alert: No good (or bad) deed goes unpunished, though, as can be appreciated in the show’s last episodes. Seinfeld and David ended the show in May 1998, at the peak of its ratings and have struggled for similar success since then.

But what about Smith and Mandeville? Bernard de Mandeville (1670-1733) was born in Holland and was already a widely read writer while Adam Smith was young. Mandeville’s most famous piece was ‘The Fable of the Bees or Private Vices, Publick Benefits’, a witty verse satire where he profoundly and caustically argued ‘private vices’ lead to ‘publick benefits’, that is, to orderly social structures, such as language, the law and markets. Smith’s maxim that it is not due to their benevolence of the brewer, the baker or the butcher that we get our dinner is justly famous. Each of them seeking their own benefit benefits others. Surely, this idea is inspired by Mandeville’s famous fable, even if Smith did not acknowledge it that way.

Smith’s review on Mandeville’s has an interesting presentation: In ‘The Theory of Moral Sentiments,’ Smith reviews the great systems of moral philosophy and devotes a long chapter to Mandeville, who he judges as “licentious” and “wholly pernicious,” in the sense that he takes away altogether the distinction between vice and virtue. Smith’s main reproach that of playing with words. What Mandeville calls (private) “vices,” to Smith are moral sentiments that can be virtuous when kept at a reasonable level; they become vices in excess. What Mandeville calls “vanity,” is, to Smith, everything that refers to the feelings of the other.

Now Smith says that “the love of virtue” and “the love of true glory,” which are both the “noblest and best passion in human nature,” also refer to the feelings of the other, if not to what they are really, at least to what they should be if the other were an “Impartial Spectator,” applauding only that which deserves to be applauded. Vanity begins when we desire and seek undeserved praise. Therefore, even if there is “a certain remote affinity between them,” in the fact that the other is always present, “the love of true glory” and vanity could not be described both as vices, except by means of a rhetorical imposture. Philosophy here, once again, defends itself against the pitfalls of writing. How, then, should we explain that Mandeville is generally portrayed as Smith’s brilliant forerunner?

The structure of the relationship between Smith and Mandeville is the same as that of the relationship, in Smith, between sympathy and envy. In the global sphere of moral sentiments, sympathy is the fundamental principle. Envy, its denial, is born by deviation from this general principle, when attention to the other exceeds the measure (hence the criticism directed at Mandeville). In the devalued sphere, where moral sentiments are corrupted and economic motivation emerges, the hierarchy is reversed and envy becomes the dominant principle (it is the Mandeville principle, after all). But this sphere of the economy, relegated to a second row, is not at all a specialized area where general principles would not be worth more: it is also governed from top to bottom by the principle of sympathy. Sarah Skwire’s question remains: Why does Mandeville make Smith so mad?

As far as we can tell, Mandeville was the author to read during Smith’s youth. As people used to watch sitcoms in the 1990s, people must have read Mandeville in the 18th century. It was the kind of paper fodder that everyone liked to have in their hands, whether or not they would be willing to admit it. Mandeville’s writing was charming, even if Smith considered it “coarse and rustic”. Satire is not easy. However, it allows us to say things we might otherwise not speak about. Jimena Hurtado Prieto also analyzed Smith’s spot as Mandeville’s heir. Mandeville’s tradition, as explained by Hurtado Prieto, showcases the importance of his writing on Smith’s works. Surprisingly, perhaps the relationship between Seinfeld and David has received more ink and attention than the one between Mandeville and Smith. Let me entertain some counterfactuals: We would not have had a ‘Seinfeld’ without a Larry David. Every fan of the show knows that. Would we have had a Smith without a Mandeville? It is hard to say for sure because none of them is alive for us to ask them. I put forward the idea that a Smith who had never read Mandeville would have definitely been a completely different Smith. We are, after all, the sum of what we have read before we endeavored in writing ourselves.

This article, If Bernard Mandeville Is Larry David, Jerry Seinfeld Is Adam Smith, was originally published by the American Institute for Economic Research and appears here with permission. Please support their efforts.