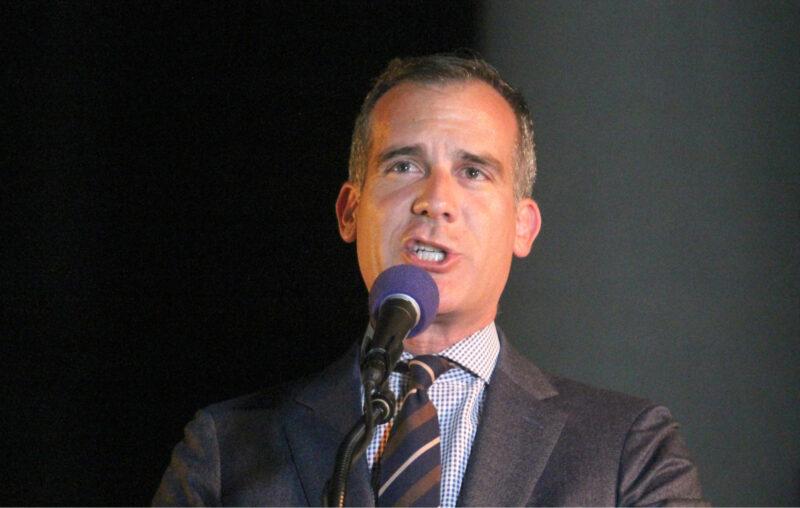 Supporters of the mobility plan have since “been frustrated by what they say is the city’s slow pace” in carrying out the plan. Michael Schneider, founder of Streets for All, said, “In the past seven years, LA has fulfilled only 3 percent of Mobility Plan 2035.” In response, Streets for All led a group that collected enough signatures for a Healthy Streets LA ballot measure, which the City Council has now voted to put on the ballot in 2024. As Council President Nury Martinez put it in introducing the proposal, “Year after year we have seen an increase in the number of traffic deaths and it’s clear that the city has been too slow to implement our Mobility Plan.” The ballot measure would force the city to perform the planned enhancements whenever it paves or modifies more than 660 feet of street in the area. Anyone could sue the city to enforce the measure, if it does not do so.

What is notable about virtually all the rhetoric originally behind the Mobility Plan, and about now forcing it to be implemented, is the shared presumption that the plan will actually reduce non-driver deaths, making it worth the very substantial costs. That ignores, however, another issue that could easily overwhelm any lives saved by the plan and increase deaths in Los Angeles: people will be killed by the approach adopted to reduce accidents, rather than by the auto accidents themselves. The proposal  is to increase traffic congestion, by eliminating automobile lanes. But that would slow emergency response times and endanger the lives of others.

The city’s Environmental Impact Report for Mobility Plan 2035 reported that the plan would impose “unavoidable significant adverse impacts” on traffic. It would make 36 percent of intersections heavily congested (graded F) during evening rush hour, twice the previous number, and far beyond the 22 percent anticipated without the plan. Even more motor vehicles trapped in gridlock cannot clear the way for ambulances or fire trucks responding to emergency calls.

That added congestion would be especially life-threatening in cases of sudden cardiac arrest (SCA), which is the most common single cause of death in the United States, and requires rapid medical intervention to save lives. Over a third of a million people annually experience SCA outside of hospitals. As Sumeet Chugh of Cedars-Sinai highlights, of those who are potentially treatable, “90 percent will die within 10 minutes” if they do not receive appropriate treatment. Mere seconds of delay can be deadly. Mayo Clinic physician Roger White told USA Today: ” A one-minute decrease in the call-to[-defibulator]-shock time increases the odds of survival by 57 percent…A three-minute reduction in call-to-shock time improves a victim’s odds of survival almost fourfold.”

Consequently, if Mobility Plan 2035 increases congestion at important bottlenecks, it could cause many more residents to die from delayed treatment of sudden cardiac arrest, which could easily outweigh reduced traffic deaths, even if those were eliminated. Delays for other emergencies would only add to the price in human life.

Randal O’Toole, an economist who has written extensively on the unpleasant tradeoffs of urban transportation, recapped studies which “have found that for every pedestrian whose life might be saved by slowing traffic, anywhere from 35 to 85 people will die from sudden cardiac arrest due to delayed emergency response.”

The traffic safety proposals Streets for All and other backers of Mobility Plan 2035 are in such a hurry to implement may well increase rather than decrease Los Angeles deaths. Worsening traffic congestion even further would extend emergency vehicle response times even more. And giving anyone the ability to sue to force such less-than-helpful changes may be a windfall for lawyers, but will not be so for Angelenos’ safety.

This article, Immobility Plan 2035, was originally published by the American Institute for Economic Research and appears here with permission. Please support their efforts.

The Moneyist: ‘My husband and my father never really got along’: How do I ensure my husband of 26 years never gets his hands on my inheritance of several million dollars?

Market Snapshot: Don’t look for a stock market bottom until a soaring dollar cools down. Here’s why.