In Biden’s Annual Economic Report, The Word “Gender” Is Used 40 More Times Than The Word “Inflation” 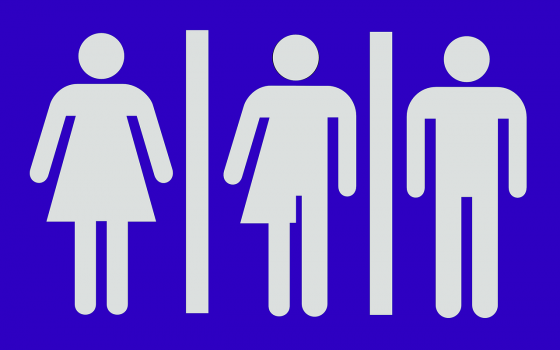 I think that the phrase “out of touch with reality” doesn’t even come close to describing what we are witnessing here.  We all knew that the Biden administration was completely out of touch with what is going on in Real America, but it appears that things are even worse than we thought.  Right now, inflation is the number one political issue in the entire country, and the persistent shortages that we have been experiencing are right up there as well.  But the Biden administration apparently has other priorities.

The Biden administration has just released the “Economic Report Of The President” for 2022, and you can find it on the official White House website right here.  But unless you are a glutton for punishment, I would strongly advise against reading the entire thing, because it is dreadfully boring.

Thankfully, there are others that have already gone through the entire document for us, and one eagle-eyed researcher discovered that the word “gender” is used 40 more times than the word “inflation” is used in the report, and the word “inequality” is actually used more than either one of them…

President Joe Biden released his annual Economic Report on Thursday where he mentioned the word “gender” significantly more than “inflation” as the country faces the highest prices in over 40 years.

Obviously, Biden administration officials are far more concerned about “social justice issues” than they are about our growing economic problems.

As for Biden himself, he is so incoherent at this point that a guy in a giant bunny suit scares the living daylights out of him.

If you are expecting Biden and his minions to save the day, you are going to be waiting for a really long time.

Meanwhile, prices just continue to rise.  On Monday, the price of corn reached the highest level in almost a decade…

The surging price of corn hit another milestone on Monday morning as the cost of global commodities continues to push higher.

The last major Henry Hub price spikes in 2008 and 2006 were partly due to hurricane activity in the Gulf of Mexico, the Epoch Times reports. Prices in 2008 peaked at $13.32 per million on July 3rd.

As I pointed out the other day, the inflation crisis that we are experiencing now is already worse than anything that we went through during the 1970s and early 1980s.

Even more frightening is the fact that this is just the beginning.

In particular, food prices will eventually go much higher than they are now.  I visited a local supermarket earlier today, and I was astounded by all of the price changes.  What we are witnessing is already unprecedented, but I believe that there are several factors that will actually accelerate the increase in food prices in the months ahead.

One of those factors is the horrific bird flu pandemic that has erupted inside the United States.  According to an expert that was interviewed by the Washington Post, this pandemic is spreading at a much faster pace than the outbreak that caused so much chaos back in 2015…

WaPo spoke to Gro Intelligence (ag data experts) senior research analyst Grady Ferguson who tracked the last outbreak in 2015, saying this one could be more disruptive to the poultry and egg markets.

Ferguson said that 66 days into the outbreak, 1.3% of all US chickens had been affected, and 6% of the US turkey flock. In 2015, he said, only .02% of total chickens were affected at this same time. The number rose to 2.5% of chickens infected at the outbreak’s peak, and more than 50 million were culled.

So what will happen if we get six months down the road and the total death toll for chickens and turkeys reaches 100 million?

What do you think that will mean for our food supply?

Now both of those factors are making things a whole lot worse.

And instead of trying to find a way to end the war, our leaders continue to talk like they want to escalate matters.  In fact, U.S. Senator Chris Coons is openly calling for U.S. troops to be sent into Ukraine…

Sen. Chris Coons (D-DE) signaled that he wants the US to send troops into Ukraine to fight Russia in an interview on Sunday. When pressed about the issue, Coons said Russian President Vladimir Putin “will only stop when we stop him.”

Coons was asked on CBS News’s Face the Nation about comments he made last week in an address to the University of Michigan. In the speech, Coons said the Biden administration and Congress should “come to a common position about when we are willing to go the next step and to send not just arms but troops to the aid in defense of Ukraine … If the answer is never, then we are inviting another level of escalation in brutality by Putin.”

That is complete and utter insanity.

But Coons and Biden are apparently really good friends, and many other top Democrats are also pushing for Biden to do more to help defend Ukraine.

I still remember the “old days” when many on the left were actually “anti-war”.

I don’t know what happened, but these days the biggest warmongers of all seem to be on the left.

Of course there are many warmongers on the right as well.  It is almost as if something is in the water in Washington.  I have never seen so many of our leaders act as if they have completely lost their minds.

Needless to say, similar things could be said for society as a whole.  I really like how Mike Adams made this point in one of his recent articles…

Humanity is intoxicated to the point of suicidal collapse.

Note the word root “toxic” found in the word “intoxicated.” It doesn’t just refer to consuming alcohol, but to a long list of behaviors, substances and desires that turn off rational thought and thrust people into bad decision making.

Global events are starting to spiral out of control, and a whole lot of people out there are having a really hard time coping with it all.

Unfortunately, global events will continue to become more intense in the months ahead, and so will the emotional breakdowns.