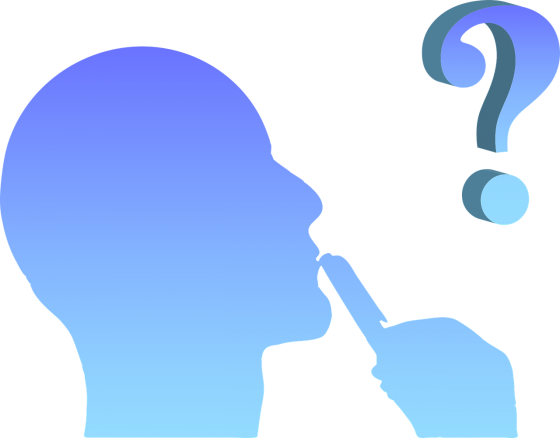 When you keep making horrible decisions, eventually the consequences are going to catch up with you.  That is true for individuals, and it is also true for entire nations.  Here in the United States, previous generations handed down to us the strongest and most stable national currency on the planet.  Having the default reserve currency of the world has been a great blessing, because it has enabled us to enjoy a standard of living that is far greater than we actually deserve.  But instead of doing their best to preserve and protect our currency, our leaders have decided to systematically destroy it instead.  As a result, the rate of inflation has gotten completely out of control, and many experts are extremely concerned about what lies ahead.

It doesn’t take a genius to figure out why we have such a problem with inflation at this point.

The money supply has ballooned to levels that were once unthinkable, and this is going to cause massive problems for the foreseeable future.

Let me show you what I am talking about.  The following chart of how M1 has changed over the years comes directly from the Federal Reserve…

The giant spike that you can see on the chart started during the early stages of the COVID pandemic.

Our leaders abandoned any pretense of restraint, and we went “full Weimar” for about two solid years.

I warned over and over again that what we were doing was absolutely insane, and now we are starting to experience the consequences.

Many people believe that M2 is a much more accurate measure of the money supply than M1 is, and so let me show you a chart of how M2 has changed…

This chart certainly looks better than the previous one, but it is still extremely frightening.

We are rapidly destroying the stability of our currency, and as a result our standard of living is being absolutely shredded.

I’ll give you an example.  A young lady down in Texas went viral this month when she revealed that she was living in a shed in a desperate attempt to save money…

A young Texas woman who moved into a shed that she purchased for just $2,000 in order to save money amid the housing crisis has opened up about her desperate struggle to cope with the summer heat while living in the property – which has no AC or shower.

Is this what they mean when they tell us that we are going to “own nothing and be happy”?

Apparently she was promised that the shed would be “fully livable”, but she quickly found out that wasn’t exactly true…

However, in a video shared to her TikTok, which gained over one million views, Elizabeth revealed that she was ‘ripped off by the builders’ because she was under the impression it was a fully livable shed and is ‘dying’ in the Houston heat while thinking about how ‘nice’ a shower would be.

The good news is that her father came down from South Carolina and installed lights and air conditioning.

So now Elizabeth and her boyfriend will be able to cool off during the summer months.

But they still have no way to bathe.

Sadly, the truth is that they are far better off than hundreds of millions of others around the globe right now.

As energy costs and food costs go absolutely haywire, we are starting to see widespread civil unrest in various parts of the world.

For example, check out what is currently going on in Sri Lanka…

The political crisis triggered by months of socialist economic collapse in Sri Lanka continued on Wednesday with violent clashes between protesters and soldiers, resulting in upwards of 80 people hospitalized in one day and the military announcing soldiers were “empowered” to attack civilians if deemed necessary.

The Democratic Socialist Republic of Sri Lanka, governed for the better part of the past two decades primarily by the populous Rajapaksa family, began to run out of food, medicine, oil fuels, natural gas, and nearly every other basic good in March, the result of lavish government spending and the imposition of “green” policies that banned chemical fertilizer use.

They promised us that the “green revolution” would change everything, and they were right.

Things are starting to get really crazy in Albania too.

And what we are witnessing in Panama right now is extremely alarming.

🇵🇦 #Panama goes out to protest high fuel prices and corruption from the province of Veraguas, the Inter-American highway is closed. pic.twitter.com/noynoKXkKf

All over the globe, energy and food are traded in U.S. dollars.

When interest rates rise in the U.S., the dollar tends to go up relative to other global currencies, and that makes things much harder for those at the very bottom of the economic food chain.

Unfortunately, in a desperate attempt to get inflation under control in the U.S., the Federal Reserve has been aggressively raising interest rates.

Considering the fact that we are plunging into a recession, it would be absolutely insane for the Fed to do such a thing.

But they seem quite serious about making another big move.

In fact, the head of the Atlanta Fed just publicly told us that “everything is in play” at the next Fed gathering…

Atlanta Federal Reserve Bank President Raphael Bostic said Wednesday that “everything is in play” when asked about the prospect of the central bank raising interest rates by a full percentage point later this month, expressing concern over the morning’s news that inflation hit a fresh 40-year-high in June.

Bostic told reporters he still needed to study the “nuts and bolts” of the latest data, but said he felt “today’s numbers suggest the trajectory is not moving in a positive way.”

The Fed seems to be obsessed with trying to tame inflation here in the U.S., but in the process they will essentially be exporting a tremendous amount of inflation to the rest of the globe.

Food and energy will become significantly more expensive all over the planet.

And since much of the debt that poor countries owe is denominated in dollars, we also run the risk of sparking an unprecedented global debt crisis.

The total amount of debt in the world has crossed the 300 trillion dollar mark, and if that bubble bursts we will suddenly be facing the sort of historic financial catastrophe that I have been warning about for years.

Our leaders thought that they could endlessly flood the system with money without ever suffering any serious consequences.

They were dead wrong, and now the entire world is going to suffer excruciating pain as a result.