In Search of Humility 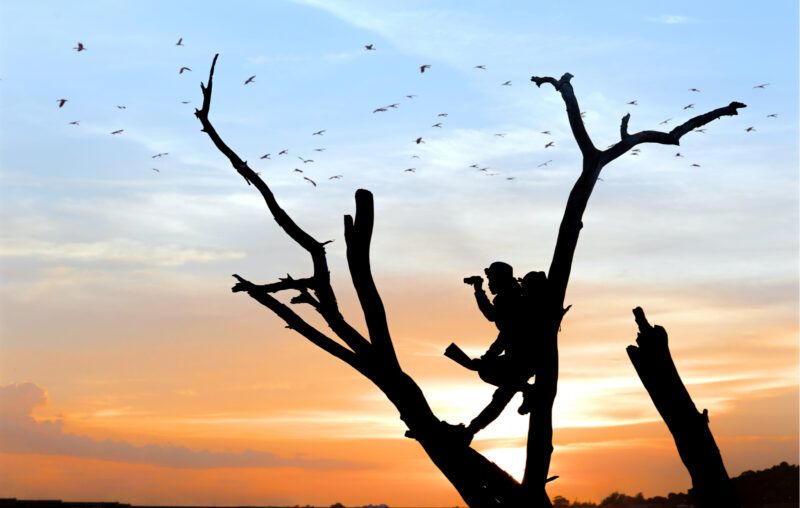 Friedrich Hayek (1899-1992) and Eric Voegelin (1901-1985) were influential but controversial figures in American conservative political thought. The United States welcomed them as articulate, thoughtful, and uncompromising critics of its political rivals’ ideologies. Time magazine placed Voegelin front and center in an issue that examined how ideologies grounded in the Christian heresy of Gnosticism threatened the existential interests of the United States from outside as well as in. Reader’s Digest published a popular edition of Hayek’s The Road to Serfdom, wherein he warned how the warm embrace of central planning in the West threatened to eclipse its cherished liberty. From the 1950s until today, conservatives have found solace in their works.

Both kept a critical distance from conservatism. Voegelin responded to one inquiry by a conservative group with the rebuke, “Just because I am not stupid enough to be a liberal, does not mean I am stupid enough to be a conservative.” Hayek went so far as to write an essay entitled “Why I am not a Conservative.” Hayek distanced himself from conservatism because of its obscurantist tendencies and asserted his identity as a nineteenth-century liberal in the tradition of Burke, Macaulay, Gladstone, Tocqueville, and Lord Acton. They both understood themselves to be defenders of civilization – standing in opposition to the ideologies of mass murder. It is clear why thoughtful conservatives were attracted to both thinkers even as they expressed reservations about conservatism as an ideology.

Hayek believed liberalism, with its commitment to freedom, was key to an extended order that had contributed and could continue contributing to human welfare. He formed the Mont Pèlerin Society to advocate for a liberal vision of the present and future. Though Hayek’s friend, Voegelin, did not join this organization. He approached liberalism with a jaundiced eye, believing it to have opened the doors of the modern age to destructive gnostic ideologies. He searched for the way out of the contemporary crisis in the commonsense traditions of the Anglo-Saxon world and classical and Christian philosophy. He believed the substance of these traditions acted as a sort of inoculation against the viruses of Nazism and Communism.

Voegelin read Hayek’s work sympathetically but pointed out to him after reading The Road to Serfdom that he found his economic reading of the problem of the modern ideologies to not go deep enough in its analysis. From Voegelin’s perspective, the problem of modern ideologies could best be understood at the ontological level by exploring how the ideologies systematically dismissed aspects of reality. Nazism emphasized biology and ignored transcendent reality. Communism emphasized class conflict with an explicit prohibition against questions concerning transcendence. Voegelin’s The New Science of Politics discussed how these closed systems emerged in the spiritual vacuum that occurred with the decline of Christianity.

Hayek did not understand Voegelin’s project. The improvement of the human condition through the operation of markets and an extended order occluded the spiritual issues at the center of Voegelin’s project. This lack of comprehension may explain the paucity of the correspondence between these two students of social order despite significant similarities in the conclusions of their respective projects.

Part of the civilization they relished lay in the high value given to the thinker capable of theoretical insight into the order of human affairs. Voegelin focused on discovering the experiential grounds animating the symbols of order that became the measure of order and disorder in human history. Hayek focused on seeking the general rules that would allow human beings the maximal freedom to pursue their interests within an ordered community. Their numerous and massive volumes of work reveal a good amount of disagreement and agreement.

Voegelin esteemed the classical Greek and Christian thinkers for differentiating the structure of reality and pointing to how to cope with that reality and its uncertainties. Hayek perceived the hostility of classical Greek and Christian thinkers to the market order he praised for improving the human condition. Hayek befriended Karl Popper (1902-1994) and played an instrumental role in getting Popper’s The Open Society and Its Enemies published – a work that took a critical stance toward Plato. Leo Strauss (1899-1973) brought Voegelin in as an authority to speak against Popper’s proposed appointment to the University of Chicago based on what they viewed as his abysmal understanding of Plato as a proto totalitarian.

Hayek and Voegelin shared an admiration for the Scottish Enlightenment and its tradition of common sense philosophy. They also wrote volumes extolling the virtue of epistemic humility and attacking those who seemed to lack awareness of human limitations. Voegelin’s critique focused on how such heroic endeavors to overthrow the limits of reality mirrored heresies identified earlier by the Church fathers. In contrast, Hayek focused on how the illusion of rational design in human institutions led thinkers to the conclusion that reason could be used to rework these evolved institutions into designs more favored by the thinkers – only to destroy a complex order that met more human needs than the thinkers could imagine in their designs.

By focusing on the individual as the locus of order, Hayek and Voegelin affirmed the dignity of each human being to struggle with a wide range of existential problems. Much of their energies went toward describing a complex reality without offering simple solutions for that reality. Those who could most clearly understand the human condition from long and careful study displayed a hesitancy to become overly involved in the political process apart from warning against the hubris of those lacking such perspective and good sense.

Our lack of humility about what we can know and the worth of our value judgments in transforming reality is an apparent problem in public life. The habits of thought of two men who toiled in the history of political thought to demonstrate the need for humility could help point the way to a more rational perspective. That Western universities don’t take this proposition seriously is clear enough. But just about everyone would be better off if we had more contemplative realists like Hayek and Voegelin and fewer political activists.

This article, In Search of Humility, was originally published by the American Institute for Economic Research and appears here with permission. Please support their efforts.