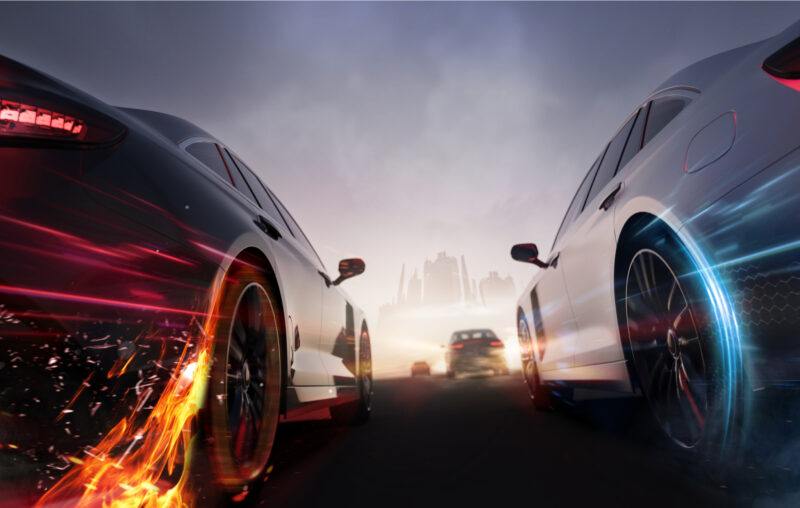 Those who would reform US public policy in the direction of increased efficiency fall along a spectrum, from those who seek incremental changes at some “margin” to those who seek “root and branch” changes aimed at wiping away decades and sometimes centuries of increasingly intrusive and costly policies.

I’m typically on the root and branch end of that continuum because, as I explained in my 2010 Fubarnomics, many seeming market failures today actually stem from ill-conceived New Deal policies that, if reversed or eliminated, would allow private solutions, like those described in Ed Stringham’s Private Governance, to resume. I would gladly privatize almost everything tomorrow, from food inspection to security services and transportation infrastructure to wealth redistribution, and know from historical experience that it would all work better than current arrangements.

Other reformers, though, think the administrative state, The Swamp as it were, too powerful to be directly challenged and seek instead minor welfare improvements, especially Pareto improving ones, i.e., reforms that make everyone, or almost everyone, better off without making anyone else worse off. John C. Goodman’s New Way to Care: Social Protections that Put Families First (Oakland: Independent Institute, 2020) is a good example of an incrementalist approach.

Goodman is a smart fellow indeed and his book, though repetitive and a tad off on some Covid-related details, contains many interesting tidbits and important facts, including a whopper about Medicare not incentivizing doctors to treat comorbidities (p. 196). Pre-Covid, that wasted patients’ time and left them sicker than they had to be. During a pandemic in which most mortalities were patients who suffered from one or more comorbidities, the skewed system undoubtedly cost many older people their lives by leaving more comorbidities un- or undertreated than would have been the case under more rational incentive structures.

Incrementalism has much to recommend it. Attempts at reform face the risk-return tradeoff inherent in any undertaking and many of Goodman’s suggestions are not economically risky. Unsurprisingly, they are also not terribly remunerative, each promising savings of millions or billions instead of the trillions claimed possible by Sean Masaki Flynn in his 2019 The Cure that Works, which calls for the radical deregulation of America’s healthcare system.

Goodman, by contrast, sees little inefficiencies everywhere that could be reduced without goring anyone’s ox. The fact that our society continues to leave the equivalent of $20 bills on the sidewalk, though, is disheartening because it points to the basic irrationality of our leaders, our system of governance, or both.

Consider, for example, international and domestic medical tourism. A procedure that costs, say, $10,000 under Medicare might be had, at the same level of quality, outside of the patient’s state, region, or country for, say, $5,000, including travel and other costs. As the rules currently stand, taxpayers will fork over the ten grand because the patient has no incentive to take the cheaper alternative. If Goodman had his way, taxpayers would split the difference with the patient if s/he opted for the cheaper alternative. Everybody wins except, of course, the higher priced doctor, but s/he could be cut in too, if only to garner political support. It isn’t clear that rent recipients are owed anything, morally speaking, other than the opportunity to compete fairly after de-subsidization, especially when their business practices, like the kickbacks received by pharmacy benefit managers, would literally be criminal if not exempted (p. 221).

A large number of other healthcare-related reforms, like home visits and various forms of remote medicine, would also prove Pareto-improving if the ill-gotten gains of rent-seekers are excluded. Prior to the pandemic, it was illegal under Medicare for doctors to treat patients other than face-to-face in their offices thanks to the American Medical Association’s successful rent-seeking. That special interest group might prove strong enough to return the masses to the status quo ante pandemus when it comes to remote care (pp. 199-203).

Proposals to allow people to opt out of various aspects of the social security net, from the life annuity to the survivorship benefits to the disability program, are also clearly Pareto, assuming that displaced federal workers will be assigned comparable jobs. The key insight is that many people, especially younger ones, would be willing to give up uncertain future Social Security payments in exchange for a lump sum paid today into an investment vehicle, like an IRA or 401K, less than the actuarial value of the promised Social Security stream. Funding the lump sum payments would be a little tricky, but Goodman has a plan for that.

In fact, Goodman, with help from his staffers, has a plan for everything. And that points to the second great weakness of the incremental approach, the need for plans and schemes designed to keep sundry compromises, half-measures, and transitions headed in the right direction. Goodman is a master of detail and his plans require far less omniscience than the six billion different prices that Medicaid bureaucrats (purport to) manage, but they are still plans, many with complexities that are less mind-boggling and soul-crushing than the government programs they seek to replace, but mind-boggling and soul-crushing nonetheless.

That complexity stems from the fact that reformers need to take care that they don’t inadvertently make matters worse, either because they missed some perverse incentive or unintended consequence or because some politician or bureaucrat changes something important in an important way somewhere between inception and implementation. Reform plans, like battle plans, rarely survive first contact with the enemy.

Incrementalists and radical advocates of liberty should not joust each other too much because they face a formidable common enemy, paternalistic statists who assume, rather than establish, the superiority of top-down, one-size-fits-all government “solutions” to individual problems. The United States government may descend into a uniquely American brand of Marxism, fascism, or some other form of authoritarianism, but if American society arises again, like a phoenix from the inevitable ashes, liberty lovers must push to sanctify for all, for all time, the ultimate human rights of economic freedom and individual liberty so that a new Swamp does not again fill American nostrils with the fetid stench of costly, inefficient programs, economic decay, and human misery. Until then, pressing for Pareto-improving reforms like those laid out by Goodman may be the best that can be done.

This article, Incremental or Radical Policy Reform?, was originally published by the American Institute for Economic Research and appears here with permission. Please support their efforts.

How To Achieve The Mythical “Dividends Only” Retirement