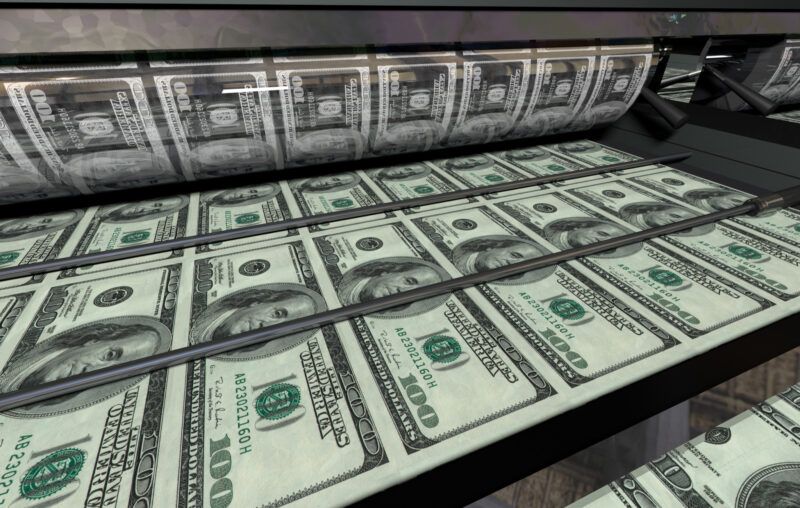 This article was originally published in the Economic Forces newsletter.

I want to follow-up on my previous post on inflation by tying together a lot of topics that Brian and I discuss at Economic Forces. Our newsletter is primarily about price theory, so one might think it is odd that I want to spend so much time writing about inflation, which is a macroeconomic topic. However, I think that this is a misconception. This is in part due to the way that economics is taught, neatly dividing subjects into microeconomic topics and macroeconomic topics. In reality, everything in economics is just price theory.

Well, when we think about inflation, we need to think about monetary expansion. After all, inflation is always and everywhere a monetary phenomenon. As I discussed in my previous post, there is this notion in macroeconomics of the classical dichotomy. The idea is that nominal variables affect nominal variables and have no effect on real economic variables. Money is just there for accounting purposes. Relative prices are all that matter for allocating goods and services and the classical dichotomy says that money has nothing to do with relative prices.

If the classical dichotomy holds, then inflation would literally just be a monetary phenomenon and would have nothing to do with price theory. An increase in the money supply would lead to higher money prices, but no change in relative prices. Of course, the classical dichotomy doesn’t hold — at least not in the short run. Monetary factors affect real economic activity. In fact, essentially every theory of how monetary policy works emphasizes changes in relative prices.

Monetarists argue that open market operations cause a relative increase in bond prices, which cause a series of portfolio effects by pushing financial asset prices higher, which reduces the relative price of real assets and therefore more investment. Austrian economists emphasize that the relative price effects will depend on how the new money is injected into the system and who gets this new money first. New Keynesians believe that some prices are flexible and other prices are slow to adjust. Thus, expansionary monetary policy leads to higher relative prices for those goods with prices that are most flexible.

This point is important because it can help us to understand the costs associated with inflation.

A lot of macroeconomic discussion in the popular press treats the topic of inflation rather flippantly. People will casually claim that the inflation target should really be 3 percent or 4 percent rather than the Federal Reserve’s preferred target of 2 percent. These claims are based on the notion that higher inflation rates mean higher nominal interest rates, which gives the central bank more room to conduct expansionary policy and makes it less likely that policymakers have to deal with the issue of the zero lower bound on nominal interest rates.

Of course, price theory tells us that the optimal inflation rate is the one at which the marginal benefit is equal to marginal cost. To the extent that higher inflation gives central banks more flexibility, this might produce a benefit. But what about the cost?

Most economists who are asked about the costs associated with inflation will focus on inflation as something akin to a tax. People will choose to hold a quantity of dollars such that the marginal benefit of that last dollar held equals the marginal cost. The marginal benefit of holding dollars is that it makes transactions easier. The marginal cost is the opportunity cost of holding dollars instead of some other store of value. Since physical currency doesn’t pay any interest, the opportunity cost of holding these dollars is the nominal interest rate on a risk-free asset.

Most estimates of these costs are quite small though. Yet, inflation is quite unpopular.

The way to reconcile those observations is to note that the inflation tax framework actually underestimates the costs associated with inflation. Those costs are only part of the story. To understand the whole story, we need to think about the role of those relative price effects and information.

There are several reasons this might be costly. If the monetary expansion causes output prices to change faster than input prices (or vice versa), this might provide firms with faulty signals about the profitability of particular actions. This makes it more likely that firms will make mistakes in allocating resources.

Second, there are what the late Steve Horwitz called “coping costs.” The difficulty of determining genuine relative price effects from those created by policy might cause firms to divert some resources to monitoring policy and making decisions based on expectations of future policy actions. Entrepreneurs therefore need to have knowledge of their own particular production process, but also perhaps some knowledge of economic theory. Additional accounting costs, financial managers, and economists might become necessary to the firm seeking to avoid costs associated with inflation.

Another form of coping costs comes when negotiating contracts. Whether these contracts are between two firms or firms and their workers, the negotiations will reflect the expectations of future inflation. If expectations differ, this might result in changes in the duration or complexity of the contract.

Finally, the cost of inflation also includes costs generated by the political response of inflation. As the late Axel Leijonhufvud argued,

If [policymakers] err on the side of inflation, there will be widespread complaining about rising prices to be sure, but that diffuse message is quite drowned in the rising babble of specific demands and concrete proposals from identifiable interest groups — to compensate me, to regulate him, to control x’s prices, and to tax y’s “excess profits”, etc.

Once all of these considerations are taken into effect, it is easy to see why inflation can be quite costly. Although inflation is often classified as a macroeconomic topic, it is clear that a firm understanding of price theory is necessary to work out all of the costs associated with inflation. Something to keep in mind the next time someone calls for higher inflation.

This article, Inflation and Relative Prices, was originally published by the American Institute for Economic Research and appears here with permission. Please support their efforts.