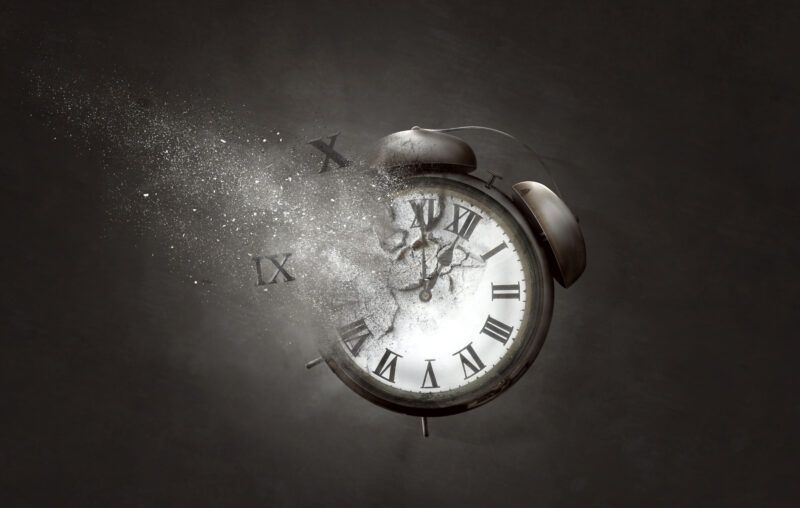 This article was originally published in the Economic Forces newsletter.

With higher rates of inflation in the news, I have been thinking a lot about how we measure inflation and how the general public talks about inflation.

For example, suppose the government re-denominated the currency by adding a “0” onto the end of every denomination. In this scenario, everything denominated in dollars (including your income) would increase by a factor of ten. If this is all that changed, your demand for every good or service would be identical. Why? Because all prices and your income increased by a factor of 10, but the real value of your income didn’t change and relative prices didn’t change.

We can use this example to think about how we measure inflation. We define inflation as a sustained increase in money prices, on average, over time. That definition is straightforward enough, but it doesn’t tell us much about how to construct a measurement of inflation. Nonetheless, we might be able to draw some insights from the simple example I just presented.

By adding a “0” onto the end of every denomination of currency, the money supply is increasing by a factor of 10. Money prices also increase by a factor of 10. Money prices, on average, increase by the same magnitude as the quantity of money. We have the most straightforward example of the Quantity Theory of Money that one can think of. But notice another important implication here. The change in the quantity of money and the change in prices had no effect on the well-being of the people in the model (no effect on their “utility”, to use economics jargon).

This point is important because in the real world, it is difficult to figure out why prices are changing. An increase in the money supply (all else equal) will lead to higher money prices. However, in the real world all else isn’t equal. Sometimes the demand for money changes at the same time that the supply of money changes. Also, over any given period of time, the supply and demand for various goods and services change for reasons that have nothing to do with changes in the money supply. The changes in the money supply will tend to change the general level of money prices, whereas changes in supply and demand will cause changes in relative prices. When looking at any particular good, it is extremely difficult to disentangle these effects and relative price effects are certainly not what we are trying to measure when we measure inflation.

To measure inflation, we need to track how money prices change, on average, over time. One way that you might think of doing this is just measuring expenditures over time. For example, suppose that the only shopping that you do is once a week at the grocery store, and that you think your shopping is pretty representative of the average consumer. You could track the dollar value of what you spend each week to see if the monetary cost of your weekly trip is rising. However, expenditures measure the product of price and quantity. We are only interested in prices when we are trying to measure inflation. A rise in expenditures could be explained by prices, quantities, or a combination of the two.

Alternatively, you might conduct an experiment. Since all of your spending takes place once a week at the grocery store, you could simply commit to buying the exact same basket of goods every week. In theory, this seems great. The quantities are all fixed. Only prices change. Thus, any change in this measure of total expenditure must be due to prices, correct?

Going back to the re-denomination example reveals a key point about what we are trying to measure when we measure inflation. Supply and demand are all about relative prices. Inflation is all about money prices. In this crude example, if we measure inflation correctly, then changes in inflation should not produce any sort of changes in supply and demand for any particular good. In other words, we shouldn’t predict different allocations for consumers if we measure income and prices in money terms than we do when we measure income and prices in real terms (adjusting for changes in the price level).

Of course, in reality, a lot of things change over time, and we have to do our measurement in the real world. Thus, what we want to measure when we measure the price level is the change in the cost of a constant-utility basket of goods. In the redenomination example, this is easy. In the real world, it is more difficult.

I won’t bore with you the details, but economic theory tells us how to do this. But again, it is easier said than done. The typical way that we construct a price index in reality tends to locally approximate what economic theory tells us how to measure. But, when there are large relative price changes, this introduces considerable bias in measurement relative to the theoretical alternative.

An additional issue is that relative prices can change with a given period of time, but also across periods of time. Changes in relative prices across time are measured by interest rates. Thus, as Alchian and Klein taught us, a theoretically correct price index would also include asset prices.

By this point, you should draw one general lesson: This all seems pretty complicated. It therefore isn’t all that surprising that the general public might complain about how inflation is measured given that it is clearly measured imperfectly relative to what economic theory suggests.

Nonetheless, these aren’t the typical issues and complaints that one hears from the general public. The bias introduced by local approximations tends to suggest that measured inflation is too high in comparison with actual inflation. However, people who complain about inflation measures often argue that the inflation measure is too low.

Most economists are dismissive of this argument. Complaints about how to measure inflation are dismissed as conspiracy theories or lack of understanding. There is certainly some skepticism of official government statistics, and the prevalence of this opinion among the general public has made me think about what these critics are really trying to articulate when they complain about measures of inflation.

In macroeconomics, there has long been this idea known as the classical dichotomy. The idea is that real variables affect real variables, and nominal variables affect nominal variables. In other words, the allocation of goods and services is determined by relative prices, but the trajectory for money prices is determined by the supply and demand for money. You’ll notice some similarities between how I have discussed the ideal construction of a price index and the classical dichotomy. Although they are not the same concept, they elucidate some of the same points.

Of course, the real world is more complicated. We are not able to construct the theoretically ideal price index, and the classical dichotomy doesn’t hold, at least in the short-run, because monetary policy has real effects. Nonetheless, both of these ideas can help us to think about the cost of living.

Suppose for a moment that the classical dichotomy is always true. Would the price level be an accurate measure of the cost of living? I don’t see how it would. If the classical dichotomy holds, then the allocation of goods and services necessary to live a particular lifestyle would be independent of the level of money prices. In this case, changes in the price level are superfluous.

By the same measure, suppose we constructed an ideal price index. Would this price index be a good measure of the cost of living? In some ways, yes. This index would track the monetary cost of a constant-utility basket. Thus, we would have a measure of the monetary cost of a particular standard of living. Nonetheless, it is important to note that this price index keeps track of the monetary cost of a particular level of utility, but it doesn’t measure the affordability of that level of utility. If one’s money income is increasing just as quickly as the price level, it wouldn’t be any more difficult to afford the same constant-utility basket of goods after the increase than it was before.

Herein lies the crux of the matter. People think of price level as measuring the cost of living because it is often used to perform what are sometimes called “cost-of-living adjustments” to money wages or money income. However, this adjustment is what is necessary to prevent a change in affordability. Since one price (money wages) must change in response to another price (the price level) for such a cost-of-living adjustment to occur, the cost of living isn’t really about money prices at all. It is about relative prices.

This has the benefit of allowing us to better compare money prices of the same good across time. For example, suppose that you are perusing a 1971 Sears catalog (as one does) and you see this beautiful refrigerator.

They’re asking $399.95 for this refrigerator (a little more if you get the avocado color). My lazy Google search tells me that you can get a 18-cubic-foot top-freezer refrigerator from Sears for $663.99 today. You clearly have to give up more money today to get the refrigerator, but does the refrigerator really cost more?

Of course, if you zoom out, one thing that you see is that for many of these goods (although not housing), the story is much like it would be for the refrigerator. The time cost of goods is falling. Nonetheless, periods of inflation tend to be associated with higher time costs. For example, from the moment Richard Nixon announced the closing of the gold window until 1980, the cost of the basket of goods measured by the Consumer Price Index increased 8 percent in terms of time. This is despite the fact that money wages (according to the same measure I used above) had increased by 76 percent over the same period!

So perhaps the reason that people see inflation as being measured too low is that during periods of high inflation, money wages are not keeping up with money prices such that prices seem to be rising faster than reported because the cost of the goods is not only rising in terms of money, but also rising in terms of time. Working the same number of hours doesn’t get you the same amount of stuff.

This brings me to my final point. The monetary regime that we have had since Richard Nixon closed the gold window is one of persistent price inflation. A comparison of money prices today and money prices in 1971 are essentially meaningless. There is virtually no informational content there, even adjusting for measured inflation. But this is a characteristic of an inflationary regime. By contrast, money price comparisons over long periods of time under previous regimes (such as the gold standard) were often useful.

This has potential implications for macroeconomic policy. For example, George Selgin has made the case for a price level that declines with the rate of productivity. In this sort of a world, the change in the time cost of the refrigerator from the example above would be reflected in money prices. In fact, in such a world, not only would relative prices convey important information, but changes in the price level would convey important information about productivity growth. Until then, we are stuck arguing about the correct measure of inflation.

This article, Inflation and Time, was originally published by the American Institute for Economic Research and appears here with permission. Please support their efforts.