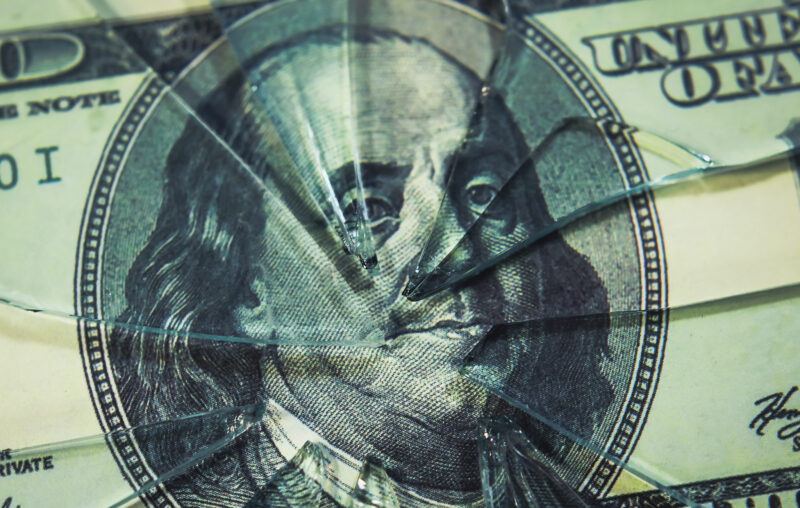 The unemployment-inflation trade off is an old idea in economics. Many policymakers, journalists, and intellectuals believe in it. But they’re wrong. The tradeoff is an illusion. The  persistence of this misguided belief is nothing more than zombie economics. If central bankers are doing their job, there is no relationship between unemployment and inflation. It only seems like we face a choice if they’re behaving irresponsibly.

Imagine the Fed clearly and credibly commits to an outcome-based nominal anchor—a variable expressed in current dollars that makes the central bank’s promises concrete. For example, suppose the Fed had a strict 2 percent inflation target. With the Fed creating a secure foundation, markets can allocate resources to their highest-valued uses, ensuring that unemployment is as low as it can sustainably be.

There’s nothing special about 2 percent inflation. It could just as easily be 3 percent or 5 percent. It could even be slightly negative. What matters most is that households’ and businesses’ plans mesh with Fed policies. Given a nominal anchor, households and businesses will build the expected inflation into their asking and offering prices, with employment determined by supply-side factors. These include the availability of capital and natural resources, the efficacy of technology, and the quality of laws and institutions. There will still be some unemployment, of course, because it is difficult for workers to find suitable positions and businesses to find suitable help. But this minimum sustainable unemployment rate, which is sometimes called the natural rate of unemployment, is consistent with the entire range of inflation rates. There is no tradeoff.

What if the Fed isn’t credible? Perhaps markets have good reasons not to trust the Fed. For example, the Fed might try to fool markets by promising 2 percent inflation and then overshooting. In the short run, unexpectedly easy money gives production a jolt. Laborers work overtime; machines run faster; inventories shrink. But this only lasts until market participants get wise to the game. Once they know the Fed’s policy isn’t compatible with 2 percent inflation, they start replacing those quantity adjustments with price adjustments. Workers demand higher nominal wages. Businesses require higher nominal prices. The end result is a higher rate of inflation than the Fed promised.

In the short run, it might appear lower unemployment goes hand-in-hand with higher inflation. The tradeoff seems real. But this isn’t a meaningful economic relationship. It’s got nothing to do with the structure of market economies. Instead, it’s solely attributable to the Fed saying one thing and doing another. The supposed relationship cannot be reliably exploited—and, when it is exploited, it doesn’t last long. Unemployment eventually returns to whatever level is consistent with the fundamentals of the economy. The only result is permanent dollar depreciation beyond the Fed’s guidance.

Why did the Fed lose credibility? We know monetary policy was too loose over the last year. That’s a big part of it. But the Fed’s decision to change its longer-run monetary policy goal in August 2020 also contributed.

In August 2020, the Fed adopted an average inflation target. The goal was to hit 2 percent inflation on average over many years, rather than approximately (or, no more than) 2 percent each year. In hindsight, this seems to have raised the effective target considerably and introduced a host of credibility problems.

For markets to believe the Fed’s new policy, the target must be symmetric. If inflation is too low this year, the Fed should allow above-target inflation next year. But this works both ways: If inflation is too high this year, the Fed should allow below-target inflation next year. Realistically, however, the Fed would never tolerate deflation. Also, it no longer seems willing to tolerate less-than-2 percent inflation, even if necessary to hit 2 percent on average. The inflation ceiling became an inflation floor. Rather than expecting slightly less than 2 percent, markets have come to expect more than 2 percent—and, potentially, a lot more.

Everything hinges on credibility. Now that the Fed has lost it, perhaps only a painful aggregate demand contraction can get it back. But this doesn’t mean lower inflation in exchange for higher unemployment is a permanent policy option. Because of yesteryear’s mistakes, unemployment will go higher. Our only “choice” now is whether it comes with a high or low inflation rate.

Any time it looks like there’s a tradeoff between unemployment and inflation, something has gone very wrong. We could’ve avoided both horns of the dilemma if the Fed had done its job.

This article, Inflation, Unemployment, and Fed Credibility, was originally published by the American Institute for Economic Research and appears here with permission. Please support their efforts.