Is the Fed Finally Serious About Inflation? 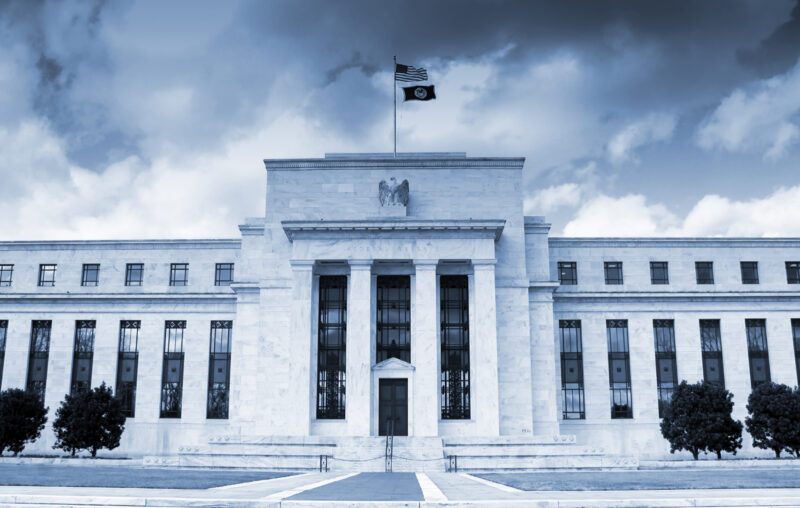 Until recently, the Federal Reserve wasn’t taking inflation seriously. Fed officials claimed to be serious about inflation. Fed Chair Jerome Powell said that price stability was essential and the Fed would do everything it could to restore it. Their actions, however, showed that Fed officials were not serious about solving this problem.

At their June meeting, the Federal Open Market Committee (FOMC) raised short-term interest rates by 0.75 percentage points and are expected to raise another 0.75 percent in late July. Are they finally getting serious about inflation?

The Fed’s views on inflation have evolved since the recovery from the coronavirus pandemic. In early 2021, the FOMC was focused on supply-side problems. After all, price-level increases in the early part of the year were driven mostly by used cars and related services, a side effect of the automotive computer chip shortage.

By summer’s end, the FOMC saw signs of sustained inflation. In March of 2021, their mean projection of inflation in core personal consumption expenditures (PCE) inflation was 2.2 percent for the year. By September, they increased that projection to 3.7 percent.

In the face of such inflation, the FOMC continued their expansionary monetary policy. Since March 2020, the FOMC had set short-term interest rates near zero, targeting a range from zero to 0.25 percent. They were also expanding the money supply by purchasing hundreds of billions of dollars per month in U.S. Treasury bonds and mortgage-backed securities.

By fall of 2021, FOMC members realized they had underestimated the extent of inflation and that action was needed to curtail it. In November, Powell promised they would “use our tools to make sure that higher inflation does not become entrenched.”

Despite this promise, the FOMC did not raise interest rates at its December meeting. They did not even end their asset purchase program as many speculated, but simply reduced the rate of purchases to a rate that would end the program in March rather than May.

On January 11, 2022, Powell testified that the Fed would get inflation under control and that price stability was necessary to achieve maximum employment. Yet two weeks later, the FOMC again kept interest rates near zero and continued the pace of its asset purchase program.

By early February, it was clear that the high inflation of 2021 would last into 2022. St. Louis Federal Reserve Bank President James Bullard argued the Fed should begin raising interest rates by half of a percent at its meeting in March.

But prior to the meeting, Powell said he would recommend an increase of only a quarter of one percent, a recommendation the FOMC accepted. Again, Powell refused to act aggressively to address inflation, even with the vocal support of another member of the FOMC.

On March 21, Powell said the FOMC needed “to move expeditiously to return the stance of monetary policy to a more neutral level.” But less than a week earlier, he had a clear opportunity to “move expeditiously” and refused to do so!

In May, the FOMC finally raised interest rates by half of a percent to a target range of 0.75 to 1.0 percent. They raised another 0.75 percent at their recent meeting in June. Some FOMC members expect another 0.75 raise in their upcoming meeting in late July. But will these actions be enough to turn the tide of surging prices?

Inflation is far above the Fed’s long-run target of two percent and is expected to remain so. Over the past 12 months, PCE inflation is at 6.3 percent and CPI inflation is above 9 percent. The FOMC’s June rate increase dampened expectations somewhat, but the market’s pricing of average inflation over the next five years is still above 2.5 percent. Even the FOMC’s own projections show means of 4.3 precent core PCE inflation in 2022 and 2.7 percent in 2023.

The FOMC’s expectations of short-term interest rates are higher than a few months ago but still low by historical standards. Their mean projection is just 3.4 percent by the end of 2022. By comparison, Fed Chair Paul Volcker raised interest rates above 20 percent to stamp out inflation in the early 1980s.

Chair Powell has repeatedly claimed that the Fed will use its tools to create price stability. Will he and other Fed officials finally bring inflation back toward their stated two percent target? We’ll see if there are any surprises in the FOMC policy statement on July 27th. But so far, the FOMC’s actions as well as their own projections show that they are still not serious about fighting inflation.

This article, Is the Fed Finally Serious About Inflation?, was originally published by the American Institute for Economic Research and appears here with permission. Please support their efforts.