Is The Real Rate Of Inflation More Than Twice As High As The Number We Were Just Given? 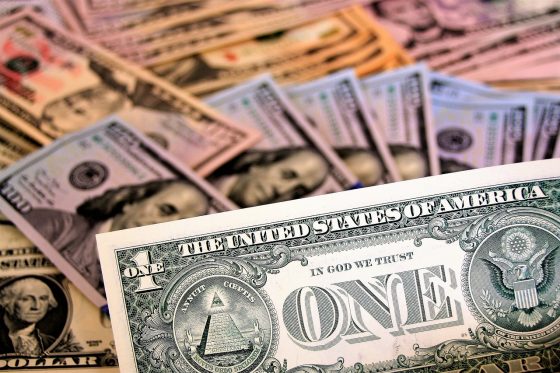 I warned you that inflation was going to get worse.  On Thursday, we learned that the consumer price index was 7.5 percent higher in January than it was a year ago.  We are being told that this was the highest reading since February 1982, and that sounds really bad.  But it isn’t exactly honest, because the truth is that the way the inflation rate is calculated has been changed more than two dozen times since 1980.  So if we are going to compare the rate of inflation today to historical numbers, we should actually be doing an apples to apples comparison.

In other words, using the same methodology that the government used in 1980 would give us an official rate of inflation that is more than double the official number that we have just been given.

Many have compared the current crisis to the Jimmy Carter era, but the truth is that we are now surpassing anything that we witnessed back then.

On her Twitter account, Washington Post columnist Heather Long shared some specific numbers from the inflation report which show where American consumers are being hit the hardest…

I am particularly concerned about the rise in energy prices.

According to the Labor Department, energy prices overall are up a whopping 27 percent over the past year…

The Labor Department reported that gasoline prices have skyrocketed 40% over the past year, while natural gas has surged 22.6% and electricity is up 10.7%. A gallon of gas, on average, cost $3.47 nationwide Thursday, according to AAA, up from $2.47 a year ago. In California, gas prices are well over $4 per gallon.

In all, energy prices have climbed more than 27% over the course of the past 12 months.

But this time is very different.

As I have discussed previously, easily accessible energy reserves are steadily being depleted, and that means that we are going to become increasingly dependent on energy reserves that are more costly to extract.

In addition, major financial institutions have become extremely hesitant to fund projects that have anything to do with traditional forms of energy.  They don’t want to be seen as “contributing to global warming”, and so they are focusing on funding alternative energy projects instead.

But alternative energy sources are not producing enough to keep up with global demand.

So we are now facing a major crunch, and it isn’t going to go away.

In fact, it is only going to get worse.

On Thursday, Joe Biden promised to “work like the devil to bring gas prices down”.

Exactly how does he plan to do that?

He already ordered a very large release from the Strategic Petroleum Reserve back in November, and that didn’t work.

And that was actually a very stupid thing to do, because we are going to need those reserves someday.

The cost of food continues to rise very aggressively as well.  According to CNBC, one way that Americans can cope with this is by eating less meat and less dairy…

Meat and dairy tend to be the more expensive items at the supermarket, and especially of late. In response, aim to make more meals that don’t rely on them as the central ingredient, Brown said.

“Using meat sparingly as flavor, like adding a bit of bacon to a mushroom risotto, is more economical,” she said. Consuming less meat also helps you to lower your environmental footprint, she added.

The elite really don’t want us to eat much meat anyway, and so this would work out very well for them.

Of course Biden realizes that ordinary Americans are becoming increasingly frustrated, but he is assuring us that “we will make it through this challenge”…

“On higher prices, we have been using every tool at our disposal, and while today is a reminder that Americans’ budgets are being stretched in ways that create real stress at the kitchen table, there are also signs that we will make it through this challenge,” Biden said in a statement responding to the report.

Unfortunately for Biden, the American people are increasingly losing faith in his leadership.

In fact, CNN just reported on some new approval numbers that are absolutely dismal…

“Nearly 6 in 10 Americans disapprove of how Joe Biden is handling his presidency, with most of that group saying there’s literally nothing Biden has done since taking office that they approve of,” CNN detailed.

The latest survey, taken January 10-February 6, 2022, shows 58 percent disapproving of Biden’s job performance, compared to 41 percent who approve. That reflects a seven-point increase in the number who disapproved from the last survey, taken in December 2021.

So where do we go from here?

Well, many are expecting that the Federal Reserve will soon be substantially raising interest rates…

“With another surprise jump in inflation in January, markets continue to be concerned about an aggressive Fed,” said Barry Gilbert, asset allocation strategist at LPL Financial. “While things may start getting better from here, market anxiety about potential Fed overtightening won’t go away until there are clear signs inflation is coming under control.”

When I saw the term “overtightening”, I just had to chuckle.

The Fed has had interest rates pushed to the floor for more than a decade, and someone actually has the gall to suggest that the Fed could soon be engaged in “overtightening”?

When the Fed pushed interest rates into the stratosphere in the early 1980s, that was overtightening.

Any rate hikes that we see in 2022 will be extremely modest by comparison.

But without a doubt, any rate hikes at all will be painful for the financial markets.  Low interest rates helped to fuel the absurd bubble that we are in right now, and many investors could interpret higher rates as a sign that the party is finally about to come to an end.