Is This Finally The End For America’s Greatest Stock Market Bubble? 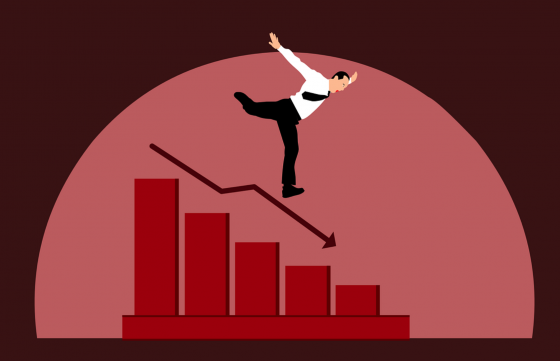 Even though there have been so many problems with the economy over the last 12 months, many Americans continued to believe that everything would eventually be okay because stock prices remained stubbornly high.  But now that stock prices are crashing, the cold, harsh reality of what we are facing is starting to set in for millions upon millions of people.  Trillions of dollars in paper wealth has already been wiped out, and many experts are warning that the worst is still yet to come.  I have always warned my readers that you only make money in the stock market if you get out in time, and unfortunately there are a whole lot of investors out there that didn’t get out in time.

On Friday, the financial carnage that we witnessed was quite impressive…

Of course this was just the continuation of a trend that has been developing for quite some time.

On Friday, the price of Amazon fell about 14 percent.  That represented the largest single day decline for that stock since 2006.

As a result, Jeff Bezos is now 20 billion dollars poorer…

Can you imagine losing 20 billion dollars on a single day?

When asked about the market, Bezos was rather philosophical…

Most people dramatically underestimate the remarkableness of this bull run.

Such things are unstoppable … until they aren’t.

Markets teach. The lessons can be painful.

Of course it isn’t just Amazon that has been plummeting.  All of the major tech stocks have fallen by double digit percentages from their all-time highs at this point.

That is one huge pile of money.

On Friday alone, the 500 wealthiest people on the globe lost over 54 billion dollars…

The world’s 500 richest people lost a total of more than $54 billion Friday amid the broader market rout, according to the Bloomberg index.

But not everything is going down.

April was actually the best month for the Russian ruble since 1993.

Needless to say, Joe Biden’s promise to crush the ruble has not exactly gone to plan.

As for our financial markets, we are being told that there is a variety of reasons why they are suddenly imploding…

“The market is worried about a very fragile economic outlook, as it should be,” said Joe LaVorgna, chief Americas economist at Natixis and former Trump White House economic adviser. “The economy is fundamentally soft: The Fed is going to hike next week, the situation in Ukraine is not getting better and high inflation is cutting into costs.”

And many are warning that even darker days are ahead.  For example, the following originally comes from John Hussman…

The most challenging financial event for investors in the coming decade will be the repricing of securities to valuations that imply adequate long-term returns, following more than a decade of reckless and intentional Fed-induced yield-seeking speculation.

As I have repeatedly warned my regular readers, stock valuation ratios always return to their long-term averages eventually.  Because stock prices have been so ridiculously high, getting back to those long-term averages will be exceedingly painful.

But there is also a danger that stock prices could ultimately fall much lower than that.

We are definitely in the midst of a “perfect storm”, and we get more bad news with each passing day.

In fact, we just learned that a man in Colorado has the H5N1 bird flu virus.  The following comes from the official CDC website…

A person has tested positive for avian influenza A(H5) virus (H5 bird flu) in the U.S., as reported by Colorado and confirmed by CDC. This case occurred in a person who had direct exposure to poultry and was involved in the culling (depopulating) of poultry with presumptive H5N1 bird flu. The patient reported fatigue for a few days as their only symptom and has since recovered. The patient is being isolated and treated with the influenza antiviral drug oseltamivir. While it is possible the detection of H5 bird flu in this specimen is a result of surface contamination of the nasal membrane, that can’t be determined at this point and the positive test result meets the criteria for an H5 case. The appropriate public health response at this time is to assume this is an infection and take actions to contain and treat.

As I discussed last week, approximately 35 million chickens and turkeys have already died during this new pandemic, but bird flu does not normally spread easily among humans.

However, if bird flu does mutate into a form that can spread easily among humans, everything will change.

COVID completely paralyzed our society, but it has a death rate that is well below one percent.

The CDC says that the bird flu can have a death rate of up to 60 percent in humans, and so we better hope that widespread human to human transmission does not become a reality.

This is a story that I will be watching very closely, because it has the potential to completely change the trajectory of the remainder of this year and beyond.