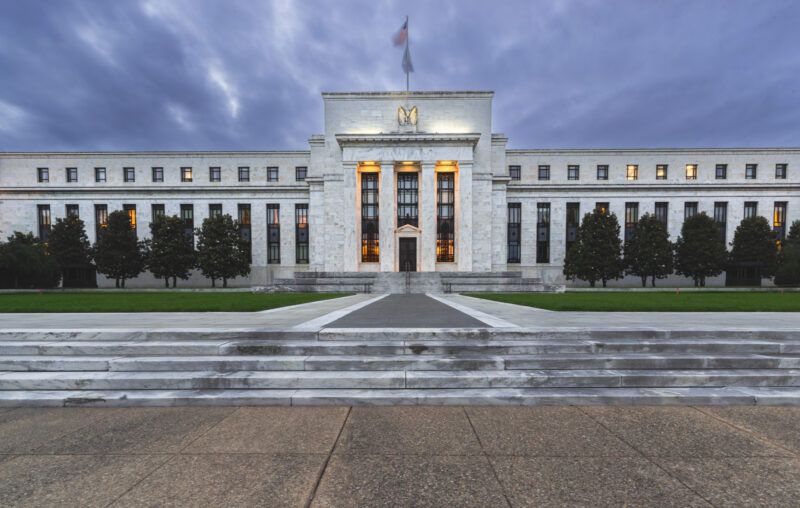 Federal Reserve officials say they are ready to tighten the stance of monetary policy. According to the December Federal Open Market Committee (FOMC) meeting minutes, there was widespread agreement among participants that the federal funds target should increase soon. Participants at the meeting also “began to discuss how balance sheet policy might feature in the Committee’s plan for reducing accommodation when warranted, although expectations for timing of the first decline in the balance sheet were diffuse [emphasis mine].” In short, we should expect modest increases in the federal funds target soon, with a reduction of the balance sheet following the increase in rates. The exact timing of balance sheet reduction is yet to be determined.

The FOMC should consider both the inflation gap and unemployment gap simultaneously. This is not usually a problem. When the rate of unemployment is over target, the rate of inflation is often under target. In that case, the position of both variables merits a policy of easing. Likewise, if inflation is above target and unemployment is below target, tightening monetary policy is in order. To consider both variables simultaneously, policymakers sum the squares of both gaps to create a “loss function, ” which penalizes large gaps. To calculate the loss function (L), I use the formula:

The loss function is indicated by the gray line in the above figure. Since August 2020, the official framework no longer takes into account “losses” where the rate of unemployment is below target. Since the Covid-19 lockdowns, however, the unemployment rate has been below target only since November.

When we add investor expectations to our discussion, the problem becomes slightly more complicated. Policymakers want to avoid encouraging unnecessary pessimism among investors. If policymakers observe strong signals of financial contraction, they will likely ease monetary policy in short order. A swift response encourages confidence among investors and prevents a deflationary spiral. Likewise, when the economy shows signs of recovering, policymakers might be slow to begin tightening in order to prevent a sudden decline in investor confidence.

Both unemployment and inflation gaps are now in regions that merit a modest tightening of monetary policy by some combination of rising interest rate targets, a tapering of the rate of growth of currency in circulation, and a shrinking of the Federal Reserve’s balance sheet. In particular, inflation has been well above target since April. So far, policy response has been modest, at best. When the inflation rate climbed above 3 percent, the FOMC very quietly increased the rate paid on reserves held at the Fed from 0.10 to 0.15 percent, thereby promoting a slight increase in rates at the bottom end of the yield curve.

Although many believe that the Fed has begun to tighten policy, the truth is that it has engaged in little more than “open mouth operations.” Jerome Powell says that he expects for policy to tighten and inflation hawks, to the extent they still exist in leadership positions at the Fed, have begun to speak openly about the need to increase the federal funds rate target in the very near future. Policymakers are banking on their ability to anchor inflation expectations in the long run. This has allowed the FOMC to indicate future tightening while simultaneously expanding the balance sheet. The crazy thing is that the strategy seems to be working.

Even if monetary policy has been too easy in the short run, investors expect that the Federal Reserve will, in fact, succeed in implementing its long-run inflation target. These expectations are self-feeding. Investors who expect monetary tightening and lower levels of inflation in the near future will refrain from bidding up the price of assets and pushing up short-term interest rates to the full extent that would otherwise be merited by easy policy.

Policymakers, then, are able to continue a policy of easing while talking about future tightening. Interest rates remain near historic lows in spite of rising inflation and in spite of balance sheet expansion that continues at a pace characteristic of post-Covid monetary policy. If the tightening that followed QE3 (2015-2019) is any indication of future tightening, then the Federal Reserve’s balance sheet will likely level off at around $9 trillion and remain at that level until rising interest rates force policymakers to reduce interest obligations generated from the liabilities side of the balance sheet. Fed officials are indicating that this interest rate increase will happen soon and that balance sheet reduction will follow. The question is, how long after the Fed increases rates will the balance sheet reduction occur?

Depending on the size of any caps put on the pace of runoff, the balance sheet could potentially shrink faster than last time if the Committee followed its previous approach in phasing out the reinvestment of maturing Treasury securities and principal payments on agency MBS. However, several participants raised concerns about vulnerabilities in the Treasury market and how those vulnerabilities could affect the appropriate pace of balance sheet normalization.

The FOMC expects to begin shrinking the balance sheet more swiftly than it did following the response to the financial crisis of 2008. Recall that the Fed’s final round of quantitative easing wrapped up in October 2014. Then, near the end of 2015, it began raising its Federal Funds Rate target. The size of the balance sheet remained at a record level until the end of 2017––“almost two years after policy rate liftoff.” So, when will the Federal Reserve begin to unwind its balance sheet this time? If the meeting minutes indicate the trajectory of policy, reductions will begin within the next two years.

This article, Is This What Monetary Tightening Looks Like?, was originally published by the American Institute for Economic Research and appears here with permission. Please support their efforts.