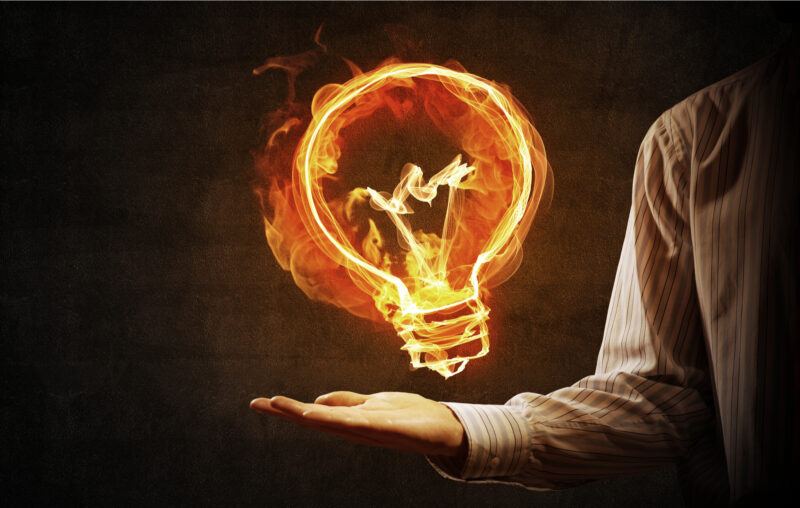 Sometime around 2001 I sent a letter to the legendary William F. Buckley.  It was a friendly question followed by a friendly suggestion, and there was no expectation that an answer would be forthcoming.

Except that a reply arrived in the mail not long after.  The larger-than-life Buckley not only answered my letter, but actually responded specifically to what I’d written.

My reaction was one of excitement combined with embarrassment.  It was a major thrill to receive a letter from Buckley, but it was embarrassing to think that I’d taken up any of his precious time.  Several years later, and while reading an article about the recently deceased founder of the endlessly excellent magazine National Review, I found out that this most important of men responded to every letter.  Readers might think about that one for a minute, while contemplating the thousands of e-mails they’ve failed to respond to over the years.

Superlatives in no way do Buckley justice.  About him, Kurt Vonnegut wrote “There is a man who has won the decathlon of human existence.” So true, though even Vonnegut was perhaps engaging in understatement.  With Buckley we’re talking about the founder of one of the more consequential magazines of modern times, one that authored a political movement (conservative).  All of this leaves out Buckley’s countless books (fiction and non-fiction), his mastery of words, his television show, his broad knowledge of seemingly everything, his sailing excursions across oceans, his marriage to the much-venerated-in-her-own-right Patricia, and their creation of the funniest writer alive: Christopher Buckley.  If you don’t know about William F. Buckley, you should.  You should read his books, read books about him, and then watch videos of him on YouTube.  For good or bad they’ll make you feel small.

A good starting point for learning about Buckley would be the 2017 book A Torch Kept Lit.  Edited by the great James Rosen, he believes that “One of Buckley’s greatest strengths” is “neglected in his vast catalogue of published works: his mastery of that elusive art form: the eulogy.” As Rosen goes on to explain, “Buckley used his eulogies both to mourn and as a kind of conjuring act: a final chance to savor the deceased as he had.” Torch is a collection of around fifty obituaries written by Buckley over the years; most of them about the people – big and theoretically small – whom he knew.  The Vonnegut quote was taken from Torch.

Buckley’s obituaries were always entertaining, fascinating and educational. With each Rosen offers commentary and history that is frequently as interesting as the obituaries themselves.  So good is Rosen that the reader will sometimes mix editor and author up.  Rosen also plainly had a great sense of the combination of obituaries that would on its own reveal Buckley as one of the most interesting men who ever walked the earth.

Indeed, while his crowd included presidents and top statesmen, Buckley similarly carried on deep friendships with individuals from music, movies and television, literature, the highest of society, the hardest of the left, and even people whom some might view as too “ordinary” to exist in his orbit.  As discerning as his taste in people presumably was, Buckley didn’t discriminate based on ideology, social status, or bank account.

The list of those eulogized by Buckley included Charles Wallen.  In his obituary for him Buckley wrote that this “minor trucking executive” worked “to provide for his wife and three sons and to gain the leisure time to read his books and write his letters to friends.” Wallen viewed Buckley as his best friend, and while Rosen suspects the feeling wasn’t mutual, it didn’t restrain Buckley from giving Wallen his due when he died in 1997.

Fun about Buckley’s obituaries is that in writing about a single person, he often explained so much more.  In his eulogy for President Dwight D. Eisenhower, Buckley noted that Adlai Stevenson, Ike’s vanquished opponent, “was born to be defeated for the presidency.” Reading this, one wishes Buckley had been around in 2016 for the presidential elections. Without speculating on how he would have viewed Donald Trump, it’s not a reach to presume that Buckley would have seen Trump’s Democratic opponent in a Stevensonian light.

About Lyndon Baines Johnson, there was no need to guess as to Buckley’s opinion.  Buckley described Johnson as “a man of his most recent word,” but more important than that, he revealed in his description of a presidency that left so many “dissatisfied” his disdain for Keynesian economics.  Having listed some of Johnson’s endless attempts to fix what he couldn’t with the money of others, Buckley observed that “the money Johnson gave them was the same money Johnson took away from them.” It would be hard to find a more pithy rejection of so-called government “stimulus” than Buckley’s, but then it could be argued that part of his ability to so thoroughly discredit American-style liberalism was a function of how close he kept to it. This is meant as a compliment.

Buckley regularly lunched with the legendary New York Times editor A.M. Rosenthal.  The great conservative in Buckley eulogized him as “the commanding figure in the evolution of serious daily journalism.” About the left-leaning newspaper that Rosenthal brought to new heights, Rosen reports that Buckley “declared the Times ‘the greatest news institution in the history of the world, in the absence of which many of us would stumble about as if without arms or legs.’”

The nearly-always-wrong lefty economist John Kenneth Galbraith was one of Buckley’s closest friends, and an annual skiing partner in Gstaad, despite the fact that they were seeming opposites on everything having to do with policy. But what’s important there is that Buckley perhaps intimately knew why they disagreed after having suffered Galbraith’s opinions for so long.  In his obituary for the sadly influential economist, Buckley wrote, “I for one hope that the next time a nation experimenting with socialism or Communism fails, which will happen the next time a nation experiments with socialism or Communism, Ken Galbraith will feel the need to explain what happened.”

Some will say it’s a reach, but Buckley’s life instructs.  He knew the ideological enemy well.  It says here that this elevated his writing, and just the same, the lack of mixing among the ideologies weakens the reasoning from both sides today.  Just a thought.

Buckley’s obituary for Winston Churchill rates special mention mainly because it may surprise readers in possession of pre-conceived notions about what Buckley might have thought.  Buckley’s veneration of Churchill was in no way absolute.  Though he grandly asserted at eulogy’s beginning that “Winston Churchill will be written about” for “as long as heroes are written about,” Buckley saw warts.  He lamented Churchill’s lack of the “final ounce of strength to deliver Europe from the mess in which he left it after the great war to which he, as much as anyone else, committed the entire world.”

As for his lack of action toward the end of WWII, Buckley regretted that “During those days he stood still for such disastrous fatuities as Franklin Roosevelt’s impetuous call for unconditional surrender, a rhetorical fillip which in the analysis of some military experts may have cost us the unnecessary death of several hundred thousand men, and which was most certainly responsible for the supine condition of much of Europe at the moment when Stalin’s legions took the nations over.”

Concluding about Churchill, Buckley wrote, “May he sleep more peacefully than some of those who depended on him.” Needless to say, Buckley didn’t express his conservativism blindly.  Nor was he a cheerleader.  Heroic as Churchill remains in the eyes of many, including most conservatives, they would be wise to understand better why their foremost thinker lacked their excitement.

After that, this most essential of books will remind the reader of just how witty Buckley was.  Good friends with novelist Vladimir Nabokov, one of their visits took place in the “elegant dining room of the most adamantly unchanged hotel in Europe.” About Eleanor Roosevelt, Buckley wrote that following her “in search of irrationality is like following a lighted fuse in search of an explosion: one never has to wait long.” As for John Lindsay, against whom Buckley ran for New York City’s mayoralty, Rosen reports that Buckley felt Lindsay could best repay the city by withdrawing from public life. People who worship the past are naïve, but at the same time, reading about individuals like Buckley will bring on a bout of nostalgia among even the most forward thinking.

Interesting about this most impressive of men was that in addition to his father, even Buckley looked up to people.  Legendary New Yorker editor William Shawn was one of them.  Buckley always addressed him as Mr. Shawn, plus ever fearful of offending the great editor, he invited him to lunch a second time just so as to not make him think he had no interest in lunching with him another time.  It wasn’t explicit, but Buckley’s eulogy of Shawn didn’t hide how much this man intimidated him.  Notable here is that while most would never have had the nerve or reason to criticize Buckley, Shawn once called him to say, “Mr. Buckley, I really do not think that you know the correct use of the comma.” Imagine that!

And while all of Buckley’s obituaries are excellent, the one about Shawn stands out mainly because people like him seemingly don’t exist anymore? Or maybe they exist, but they’re not editors anymore? Whatever the answer, A Torch Kept Lit will, in addition to entertaining readers, gives them a new sense of great.  James Rosen has edited something incredibly special; something that should be on any list of best books for any year.  It’s just so good.  Buckley was good, and Rosen so good for deciding to take on this project.  To read this unputdownable book is to yearn for what’s next from Rosen, and, if possible, to appreciate William F. Buckley even more.

This article, James Rosen’s Endlessly Excellent ‘A Torch Kept Lit’, was originally published by the American Institute for Economic Research and appears here with permission. Please support their efforts.