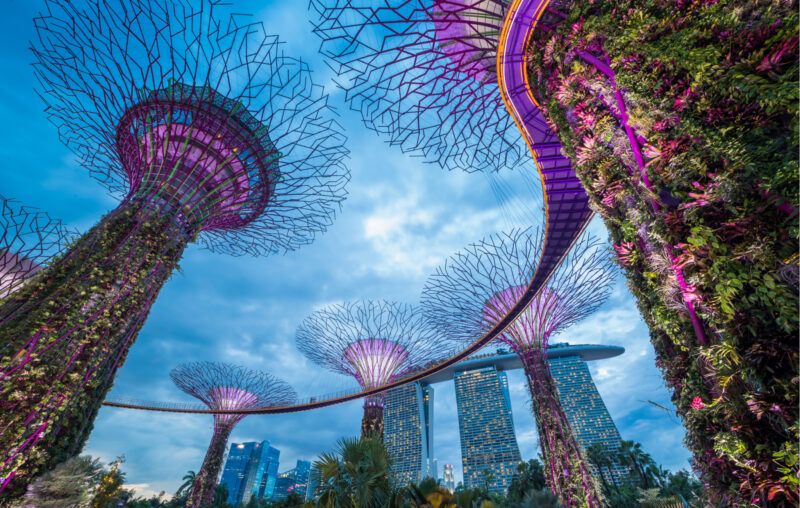 The Heritage Foundation’s Index of Economic Freedom rated Singapore as the most economically free country globally. Further, Transparency International ranked it as being in the top ten of least corrupt countries in the world. Yet, Freedom House ranks the country as only being partly free. For those who believe economic freedom and political freedom go hand in hand, these disparate rankings present a puzzle to be solved. Through a recent publication, Liberalism Unveiled: Forging a New Third Way in Singapore, Bryan Cheang and Donovan Choy hope to solve this puzzle by liberalizing Singapore’s political culture. Given its history, liberalizing Singapore will not be easy.

Managing racial tensions would be one of the first challenges facing the Republic of Singapore. The peculiarity of Singapore’s mixture of freedom and authority is a product of the country’s founding in 1965. Malaysia expelled Singapore from its federation for fear the ethnic Chinese minority would dominate the federation and prevent the Malays from building a polity that met Malay communal interests.

Located between two potentially hostile states, Malaysia and Indonesia, the leadership of Singapore turned its attention to both internal and external security. Internal security required the development of a culture that would promote harmony among the Malay, Indian, Chinese, and expatriate communities living within Singapore. The country’s constitution embraced the principle of non-discrimination to safeguard the rights of religious and ethnic minorities within the society.

External security threats led Singapore to seek guidance from a country in a similar geopolitically hostile position, Israel. The Israelis played an important role in training the Singaporean military and providing the country with a wide range of weapons systems. All male citizens of Singapore and second-generation permanent residents serve two years of active duty in the uniformed services.

The most important pillar of Singapore’s internal and external security is its dynamic economy. With 40 percent of world trade going through the Malacca Straits, Singapore’s decision to allow a flourishing market economy to evolve has made the country a paragon of economic success. It is a well-diversified economy with strengths in financial services, manufacturing, and oil refining. According to Worldometer, Singapore ranks in the top four countries globally in terms of per capita GDP at around $100,000.

Singapore has been a thriving nation, but that success has been achieved within the context of a single party, the People’s Action Party, dominating the political landscape. The supremacy of this party had been justified by the existential danger facing the tiny nation of Singapore. Still, this dominance has involved the heavy-handed use of the law against those who would challenge the leading role of the PAP.

Despite its commanding position, recent elections have witnessed a decline in the PAP’s share of votes, though it still receives a majority of the votes. The opposition Workers, Singapore Democratic, and Reform Parties raise concerns about social equity and propose that Singapore move in the direction of European social democracies. Such a course would mobilize the Singaporean government, a meritocratic technocracy, to figure out how to optimally reallocate society’s wealth.

Bryan Cheang and Donovan Choy’s Liberalism Unveiled advises the establishment and the opposition that there may be a better way to meet the needs of their respective constituencies. The classical liberal position that Cheang and Choy embrace would guide Singapore’s polity away from expanding the state’s role in the economy as the opposition would wish while expanding personal and civil liberties currently opposed by the establishment.

Challenging the Singapore consensus that has led to such great success is no simple task. Both the establishment and the opposition share a belief in the necessity of a coercive monopoly of power to promote social order. Cheang and Choy argue that a classical liberal lens reveals how various institutions, decentralized power, and a variety of rules would contribute to human flourishing better than a coercive monopoly would.

They break their argument into two parts. The first section challenges Singapore’s model of technocratic governance. It explores the relationship of liberal principles to the three pillars of Singaporean political philosophy, including Asian values, meritocracy, and technocratic elitism. The second section challenges the progressive analysis of inequality and how to best deal with poverty and the progressive analysis and proposed policies for considering environmental concerns.

The Asian values the country used as a focus for overcoming ethnic tensions focused on how communal values embedded in Confucianism, Islam, and Hinduism stood in opposition to Western individualism. Later Kishore Mahbubani argued that Singaporean society was more pragmatic and scientific than Western regimes.

Cheang and Choy reintroduce liberalism to Singapore on the sound scientific grounds that many problems and the knowledge necessary to address these problems are not readily available to central planners, and therefore these planners should allow for a plurality of solutions to be tested in the market by both businesses and non-governmental organizations. They argue that this epistemic liberalism, famously articulated by Friedrich Hayek, is compatible with the Singaporean polity since it respects the institutions and culture of its given environment. Epistemic liberalism is the best way to organize diverse multi-ethnic societies.

The authors go on to challenge Singaporean meritocracy decisively. They explore the possibility that an elite can capture the selection mechanisms for elite status and perpetuate norms that hinder the development of society. To overcome this potential defect, Cheang and Choy propose that the state abandon its monopoly on the educational system. By giving up a monopoly on public education and the curriculum, Singaporeans could choose the merit systems that would promote genuine excellence needed to address the complex problems facing Singaporean society.

Cheang and Choy do not propose many solutions in their book. Instead, they are interested in opening a debate about what policies Singapore might advance that could address the problems within Singaporean society by allowing greater individual freedom and personal responsibility.

When addressing growing inequality, Cheang and Choy choose to change the focus away from increasing incomes at the top and how economic growth can eliminate poverty instead of inequality. When exploring how to address environmental problems, they focus on allowing the market and non-governmental actors to make decisions about how to address environmental constraints instead of the highest levels of bureaucracy.

Their work is well referenced, citing both leading left-leaning scholars in Singapore and foundational and contemporary works done in the classical liberal tradition.

Singapore has more citizens than the top ten major global corporations employ combined. Of major corporations, only Walmart, Amazon, Apple, and Berkshire Hathaway have revenues that exceed Singapore’s $340 billion plus GDP. As a nation-state Singapore can set the ceiling for what level of freedom its people can experience and the basement for how much regulation corporations can impose on their workforces. As states and corporations become more data-driven, strong arguments against liberty will be mustered as state and corporate bureaucracies try to optimize their chosen indicators. The amount and quality of freedom in a small city-state and large global corporations should be of interest to us all. Cheang and Choy have opened a dialogue about how greater freedom can compete with the data-driven bureaucracies. At the dawn of the fourth industrial revolution, the advocates of human liberty will need to contend with meritocratic technocracy if liberty is to be preserved. Singapore is at the frontline of that struggle.

This article, Justifying Liberalism in Singapore, was originally published by the American Institute for Economic Research and appears here with permission. Please support their efforts.