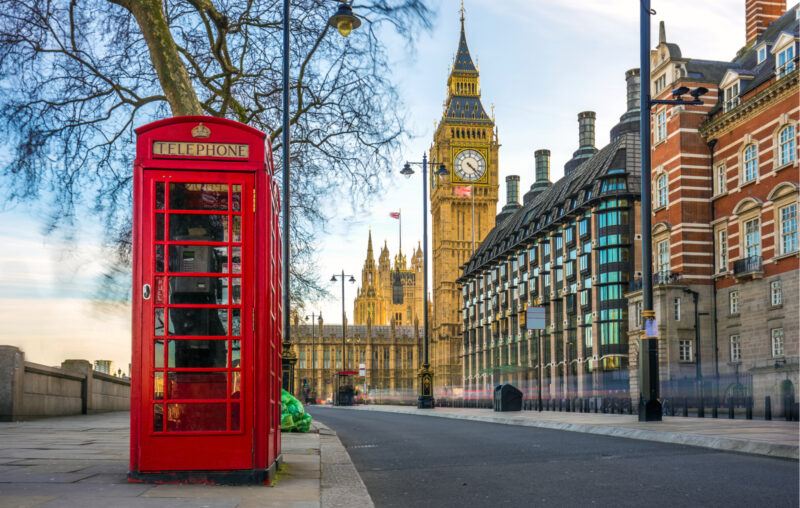 As an economics professor, one concern I have long had is that I don’t want to limit how I train students to manipulate mathematical expressions which are typically unknowable to real world decision-makers (such as what the future demand curve for a firm’s product will be once production is completed, at the time they are making their price and production plans). I believe it is at least as important for students to become adept at street-­corner economics, the ability to understand their day-to-day environment through the application of economic principles.

The power and usefulness of street-corner economics was powerfully driven home to me years ago, when I taught a year in my university’s London program. In such a foreign experience, where many of life’s details that are understood through familiarity “back home” are suddenly different, one is constantly exposed to new and different circumstances. Such experiences are an opportunity to use economic tools in the real world. Even the most basic concepts have many applications. Consider just a few of them illustrated by that overseas experience.

Among the first things a careful observer notices in a foreign country is that relative scarcities are different than where one is from, which would, in the economic way of thinking, imply different efficient responses. Recognizing that protects us from being Ugly American tourists, who criticize the way “they” do things as less efficient (although different, more insulting words are often used) than how “we” do them “back home,” when in fact, they are typically efficient responses to the different circumstances they face.

When my family arrived in London, two things we quickly discovered to be substantially scarcer were living space and electricity. One result was far smaller refrigerators (many had only what we would call dorm or apartment refrigerators). This, in turn, was why we couldn’t find milk in any size bigger than a half-gallon, much less two-gallon packs (which I overheard fellow expatriates complain about multiple times). Refrigerator space was too scarce, and hence valuable, for multiple gallons of milk. And given how frequently even smallish apartments were multi-storied, they often had to be fit underneath a staircase.

Another consequence of more limited, and therefore more costly, refrigerator space was far greater use of non-refrigerated products in aseptic containers. Many products Americans were used to being kept cold, including a substantial percentage of the available milk, were instead kept at room temperature, both in stores and at home, then only cooled before use (after my kid’s first response of “yuck,” they couldn’t tell any difference).

Different relative scarcities were reflected in all sorts of other areas, as well. For example, the showers in homes converted to BnBs were one example. In many, the water temperature was inversely related to volume, leaving users with a tradeoff between a cold shower and a warm drip. But this was simply because most of those quaint old houses were not plumbed for hot water when they were built, and owners decided it would be too costly to retrofit for hot water. So instead, cold water was heated electrically in the pipes on the way to the shower. Given the limited heating capacity involved, hotter water meant less water.

Even going to a movie or play was different. Back home, when we got out of a late show, there was no great hurry to leave. But that was in part due to the fact that we had driven, and could drive home whenever we wanted. But in London, people often emptied out of late theater performances like they were having a fire drill. This was illustrated at the end of our first late performance. My wife and daughter went to the bathroom before we headed home and by the time they were done the only employee left in the theater was the person impatiently waiting for us so he could lock up). The puzzle of why was then solved when we became used to riding the tube (we would call it the subway). The last train home for most areas left around midnight, so missing it would be costly in time and money. Consequently, while Americans were used to strolling to their cars after a show, many Londoners raced for the nearest tube station.

Going to movies in London was different than in American multiplexes, as well. Instead of a single price and self-seating, prices were much higher and differed by seat locations, with ushers enforcing seating assignments. But this just reflected the sort of price discrimination commonly practiced in live theater in America. Different prices for different seats is profit-enhancing only if the difference in values to patrons between seats exceeds the cost of discriminating. Since movies were substantially more expensive and there were greater differences in the value of different seats (a larger fraction of seats had less direct views of the screen) than in the US, it was worth the cost of assigning seats and hiring ushers to enforce that policy.

There were many other economic differences between England and the US at the time. One of the first I noticed was a far greater difference in rental car rates between automatic transmissions and manual transmissions than in the US or in continental Europe at the time. That allowed rental companies to charge tourists who did not want to both drive and shift on the “wrong” side substantially higher prices, while charging locals, who used the manual transmissions, much less. Given how typical automatic transmissions are now, I plan to check if what was true then still persists the next time I go to London.

Another economic fact that often caught Americans by surprise when we went overseas was the huge difference between takeout prices and “sit down” prices for eating in a restaurant. We were used to paying the same price for both types of meals (perhaps a result of conditioning by fast food restaurants). But tourists who chose to dine in, due to sore feet and far less information about alternative places to eat, can pay double or more what the locals, who got takeout, paid. Once, I saw a family double park in front of a restaurant at the South Kensington tube station, then the driver went in to get four “to go” fish and chips specials, then eat them in their double-parked car.

Because of the possibility of transshipping the same goods with sharply different prices between countries, I also often observed the same (or essentially the same) product with a different name in England than in the US. For instance, a camera identical to one my wife had just bought in the US cost 50 percent more. So to prevent diversion of cameras from the lower-priced US market to the higher-priced English market, the camera had a slight cosmetic difference and carried a different model name.

Going to the supermarket to shop in London also revealed other major differences from being at home in America–convenience. In London, I did not have a car, so I walked the mile or so to the nearest supermarket, then had to take a cab back. But that was just part of the difference in the experience from filling up my car with bags of groceries, parking in the garage, and then unloading directly into my ground floor kitchen. In London, not only did I have to pack my own groceries in leftover boxes in the store, I then had to get a cab (which were quite scarce if it was late), load all the boxes around where I would sit in the cab, then unload it in front of the building where my flat was, with the meter still running (usually in the rain), then move the boxes into the building one or two at a time (having to punch a code to get in each time), then have to take the boxes up to the fourth floor where our flat was one or two at a time (because the lift that had been retrofitted into the building was tiny). And that was when access to my block was not denied by police tape around an area that had gotten a bomb threat. That certainly gave me an eye-opening view of just how convenient living in America was.

Americans typically send their college-aged children to Europe for exposure to the art, history, and literature of our Western heritage. That can be of great value to them. But an overseas experience also affords plenty of ways to put the tools and principles of economics students have been taught to work, perhaps the best way to real mastery of “street-corner economics.” Further, it accords very well with Alfred Marshall’s groundbreaking 1890 Principles of Economics text (a later edition of which my father used when he was in college), which opened by saying “Economics is a study of mankind in the ordinary business of life.”

This article, Learning Street Corner Economics in London, was originally published by the American Institute for Economic Research and appears here with permission. Please support their efforts.