Leave Me Alone and I’ll Make You Rich, Part 1 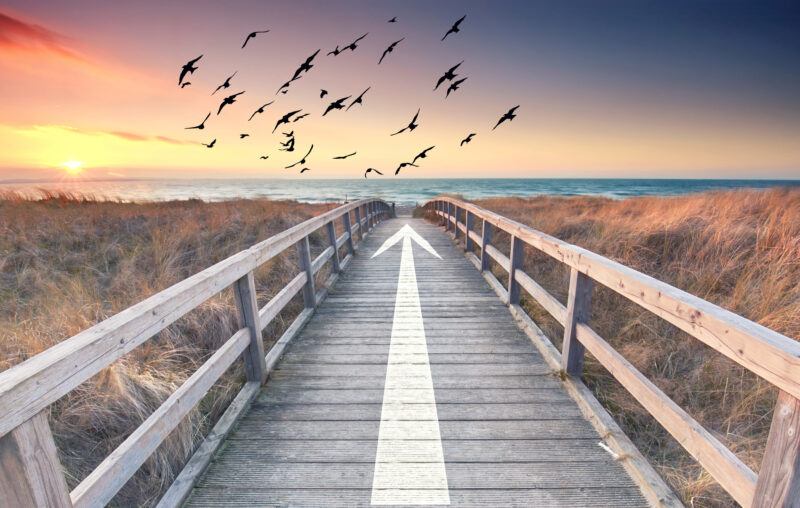 Leave Me Alone and I’ll Make You Rich — How the Bourgeois Deal Enriched the World by Deirdre Nansen McCloskey and Art Carden (University of Chicago Press, 2020.

Throughout almost all of human history, people lived miserably — far worse than even Thomas Hobbes famously said. Improvements? There weren’t any. Happiness? That was only for the rulers. The mass of humanity was expected to endure life without complaining. Rewards might come later.

Then something happened to introduce a strange new concept, namely progress. People began to use ideas to better themselves. Like a chemical reaction starting in a small flask, a revolution in social and economic thinking spread out from a few small places in Europe. As a result, living standards rose and today are some 3,000 percent higher than they were until just a few centuries ago. What, exactly, brought this about?

According to authors Deirdre McCloskey and Art Carden, the answer is that people accepted what they call “the Bourgeois Deal.” The book’s title explains the crucial point, which is that progress will happen when humans (all of them, not just a few) have the liberty to work for themselves. The “betterments” that some will come up with will spill over to benefit everyone else. The catalyst for mankind’s rapid advance was liberty and liberty alone.

It just so happened, the authors (of the University of Illinois at Chicago and Samford University, respectively) argue, that the idea of liberty began in northwestern Europe. The old social order (in Europe and elsewhere) put nobles, clergy, and military men as the people to revere, while merchants, artisans, and farmers were on a low plane. There was no reason why this change had to begin where it did (in the Dutch Republic, ca. 1500), but it was there that people started to think that it was a good thing to produce, trade, and earn profits. Thus began not “capitalism” (a term the authors disdain), but “innovism.” People with a head for business were free to produce and trade, gaining for themselves if they produced what others were willing to pay for, or losing when they did not.

Enrichment comes from liberty. What extinguishes liberty is force, and the worst wielders of force are governments. Write McCloskey and Carden, “Big governments exercise more power over more people — people harmlessly chatting or strumming or knitting or dealing in the economy. We believe, and so should you, that the more involuntary masters the citizens have, the worse they do, materially and spiritually. With too many masters with too much power, they are reduced to children. Absolutely power corrupts absolutely.”

And that is what worries McCloskey and Carden — the possibility that we are moving in the wrong direction, constricting the sphere of liberty. There are lots of people who have grand ideas for fixing what they think is wrong with society, and they intend to accomplish them through government. Some of them are “progressive” statists and others are “conservative” statists, and where they agree is that government is the proper instrument for achieving their goals. Those who oppose their schemes are best called “liberals,” and the authors consistently refer to themselves that way. I applaud them for working to rescue a good word from a century of abuse, while at the same time clarifying our political discourse.

The authors are unabashed optimists. They know that free people will innovate, cooperate, and peacefully solve problems. But they also recognize the power of pessimism to undermine freedom. Their book abounds in challenges to statists, and here is one of my favorites: “You view pessimism as more honorable than optimism. Pessimism says that you really, really care about the world’s poor and les miserables, and really, really want to do more, or at least coerce other people to do more.” That’s exactly right. The most intractable opponents of liberalism in America are the wealthy urban and academic elites who fill up their lives with displays of their compassion, which invariably involve government coercion.

Much of Leave Me Alone is devoted to refuting the common objections that statists have drummed into people’s minds about the imagined dangers of a truly liberal society.

One of those criticisms is that if we allow “too much” economic freedom, the result will be moral and spiritual decline. Harvard philosophy professor Michael Sandel, for one, complains that markets “corrupt” things that he believes should be treated on a higher level than that of “grubby” commerce. McCloskey and Carden respond with vigor:

Sandel worries that the market can crowd out the sacred. A corporate financing of, say, elementary classrooms might crowd out self-critical teaching about innovism. Yet Sandel does not inform his students that financing by the state might crowd out self-critical teaching about the bad results of, say, the unthinking patriotism taught to McCloskey as a child or the unthinking environmentalism taught to Carden.

Another reason why many people reject liberalism is that they believe that economic progress for some must come at the expense of others, specifically, the world’s poor. Americans are told that our wealth should make us feel guilty because it means poverty for “the downtrodden.” Naturally, statists play on that guilt to extract taxes for foreign aid and economic development programs. Those don’t do any good, except for the jobs they create for the fortunate folks who get to run them.

McCloskey and Carden push back against the zero-sum notion that wealth for the few entails poverty for the rest. They write:

For one thing, as we argue, the poor have been the chief beneficiaries of the Great Enrichment, considering that getting enough food to eat is a little more important for human flourishing than another yacht to a billionaire. For another, the Enrichment has not at all been limited to Europe and its overseas extensions…. Even many very poor countries, like Bangladesh are now bettering at a rapid pace.

But what about the environment? If we allow liberalism to work, won’t we despoil the planet, change the climate, and run out of resources? Certainly, we must have strong governmental policies to prevent that, right? The authors answer in the negative. They agree that we need to be concerned about the environment but argue that we do not need massive governmental interference, which is certain to undue much of the gains among the poor if we revert “to the preliberal, zero-sum world implied by populism, whether left or right.”

Still another argument against liberalism is that it will lead to “unacceptable” inequality. The rich will get way too rich, which government must prevent. The authors respond that material equality is not an ethically relevant goal, writing, “What matters is absolute material standards of living, not anger that someone else might be doing better.” Statism thrives on envy, but, say the authors, we must not let it get in the way of progress.

Not only do we not need big government to “save us” from liberalism and enrichment, we need to steer clear of the traps it sets for us. Even “mild socialism,” they write, “puts people under pressure to commit the sins of state-enforced envy or class hatred or environmental imprudence.”

This article, Leave Me Alone and I’ll Make You Rich, Part 1, was originally published by the American Institute for Economic Research and appears here with permission. Please support their efforts.