Lessons From the Bronze Age Collapse 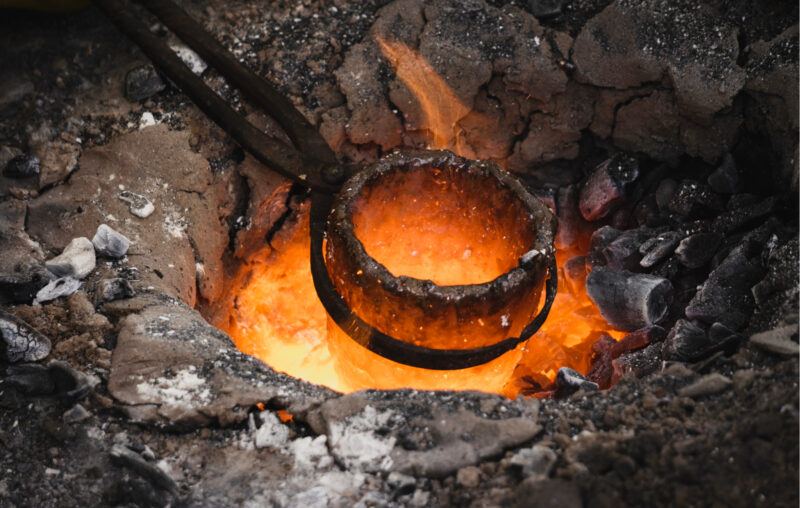 Today’s world is, in some ways, defined and made possible by our globalized network of trade. Goods at every stage of production crisscross the oceans in a complicated, frenzied, and ultimately delicate logistical dance. To a degree unprecedented in human history we have taken advantage of the benefits of the division of labor and achieved a degree of prosperity that was simply inconceivable to our ancestors. However, the extent of the international division of labor has fluctuated over time, and as recent incidents such as the chaos caused by Covid-19 and accompanying state-imposed restrictions, the temporary blockage of the Suez Canal, or even the ongoing chip shortage demonstrate, our current system is not without weaknesses and vulnerabilities.

Fortunately, we can turn to the past in search of potential insight into why relatively developed systems of international trade can be disrupted or even ultimately collapse and attempt to avoid a similar fate ourselves.

One such useful period to examine is the Late Bronze Age (around the second half of the 2nd millennium BC), where the division of labor reached all the way from Mycenae in contemporary mainland Greece to Afghanistan. This international network of trade is what made the “bronze” part of the Bronze Age possible. Bronze is an alloy comprised of roughly 90 percent copper mixed with 10 percent tin (or in some cases arsenic). The island of Cyprus, which literally means copper, was one of the main sources of copper, but the main source of tin was all the way in Afghanistan, a journey of over two thousand miles. Even more impressive, archeologists have ascertained that some tin made its way to the region all the way from mines in contemporary Cornwall. However, it was not just copper and tin that made up the international trade of the era, but all sorts of goods, both plain and luxurious.

This complex system of international trade is examined in great detail by the archeologist Eric H. Cline in his fascinating book 1177 B.C. The Year Civilization Collapsed, (which he summarizes in this excellent lecture) where he lays out the full extent to which trade in all kinds of goods was flowing back and forth.

However, Cline’s primary purpose in explaining this fascinating vision of international trade and what he identifies as an early form of globalism is in order to explain its downfall, and indeed near-total collapse of civilization itself. As you might have guessed from the title of the book, there is not exactly a happy ending.

Because the division of labor had expanded to such a great extent, the Late Bronze Age civilization in the eastern Mediterranean was prosperous and flourishing. However, all of this trade and interconnectedness made for a very complex system that was vulnerable when a tidal wave of bad luck struck the region all at roughly the same time. Cline draws upon several different theories and a wide range of evidence to convincingly argue that an “all of the above” approach brought about the collapse as climatic changes, a series of earthquakes, outside invasions, and internal rebellions all compounded upon one another and plunged the region into a dark age for hundreds of years. Cline warns that “it may have been this very internationalism that contributed to the apocalyptic disaster that ended the Bronze Age. The Cultures of the Near East, Egypt, and Greece seemed to have been so intertwined and interdependent by 1177 BC that the fall of one ultimately brought down the others, as, one after another, the flourishing civilizations were destroyed by acts of man or nature, or a lethal combination of both.”

For one thing, our society is vastly more wealthy and has accumulated large amounts of capital goods. This wealth provides a cushion that can prevent a crisis from becoming catastrophic. Whereas a Bronze Age civilization had little room for error, our abundant wealth means that we can afford mistakes. Similarly, our technological advances have aided humanity in our battle against the natural elements and greatly increased our collective productivity. The truly international scope of our division of labor has hardened us against the kind of regional climatic and social problems that brought about a total systems failure in the Late Bronze Age. In fact, there is even evidence to support the idea that the international division of labor has helped to make pandemics less deadly by spreading cross-immunity to diverse pathogens around the world that results in stronger immune systems.

However, it is all too possible that these advantages could be squandered in the face of a crisis. The division of labor is what gives us a leg up over natural disasters, but instead of embracing this advantage political leaders around the world brought the entire system to a screeching halt through lockdowns. It seems likely that the unintended consequences of the alleged “cure” for the pandemic will, in the long run, be even worse than the disease. The logistical turmoil, social disruption, economic chaos, and monetary inflation all serve to undermine the very advantages that gave us an edge in the face of this crisis compared to the people of the Late Bronze Age.

We are fortunate that our globalized world has managed to survive the pandemic and governments’ inept response to it, but history demonstrates that we may not always be so fortunate. Without the international division of labor, life as we know it could not exist; it has fueled both our prosperity and our unprecedented population. This dependence makes it all the more important that we recognize that our system is not impervious to failure. The only things that prevent us from ending up like the civilizations of the Late Bronze Age are the decisions that are made in the face of a crisis. We survived this time, but the next time a global crisis rolls around we may not be so fortunate if governments continue to pursue their anti-social policies that undermine the social order based upon the division of labor.

This article, Lessons From the Bronze Age Collapse, was originally published by the American Institute for Economic Research and appears here with permission. Please support their efforts.