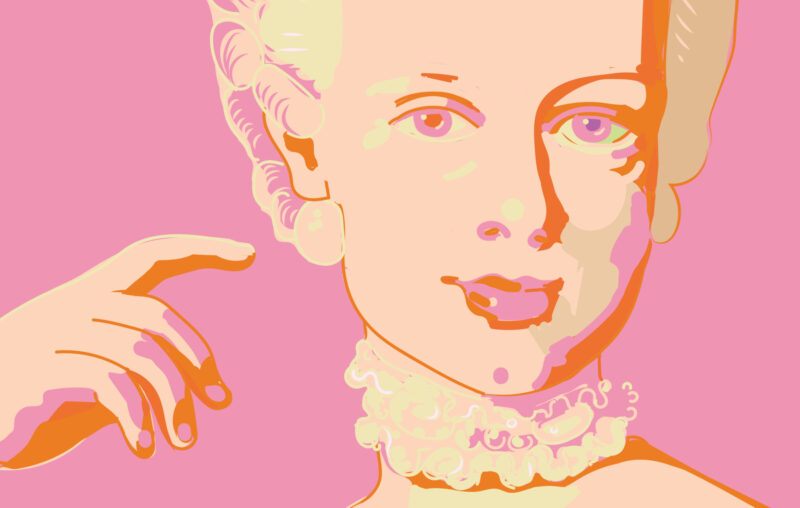 When I learned that Bette Midler’s response to the baby formula supply crisis was “TRY BREASTFEEDING,” I immediately thought of two things, Marie Antoinette’s “let them eat cake” and the end of The Grapes of Wrath (the book, not the movie). North of the Rio Grande, the parents of babies are livid at the Biden administration’s cavalier attitude toward the problem, one that its Food and Drug Administration exacerbated by shuttering a production facility without clear cause.

Babies are reportedly being hospitalized due to the shortage. Reducing tariffs on European imports could solve the problem quickly, but even with a shuttered factory in Michigan due to reopen, shortages will likely remain for some months.

Thankfully, one of our few remaining free domestic markets could reduce the current suffering if people only knew about it. It’s the market for human breast milk.

Yes, Bette, breast milk is good for babies. But new mothers must breastfeed regularly or they will quickly run dry. And for a variety of reasons not all new mothers can, or should breastfeed. In short, baby formula is a better choice for some, especially given that nobody could have magically foreseen that there would be unprecedented and unnecessary formula shortages in the near future.

The aged singer/actress Midler, who starred in Ruthless People opposite Danny DeVito, of Larry the Liquidator fame/infamy, among other roles, was merely chastised for her biologically ignorant comment. Marie Antoinette, the last queen of France, literally lost her head, though it is doubtful that she ever uttered “Qu’ils mangent de la brioche,” or anything similar. The French chopped off her noggin in October 1793 because she had helped her husband, King Louis XVI, wage policy war against the people of France: high taxes coupled with low public benefits and other forms of rent extraction, mixed with highly publicized personal consumption excesses, and some more secretive but heady sex stuff that you can read about in Dangerous Liasions, if you are into that sort of thing.

Whether the Queen told starving peasants to eat brioche or not, the quotation and attribution eventually caught on because it was a very Marie Antoinette sort of utterance, as dismissive of the concerns of everyday people as Midler’s tweet. Of course people don’t sever heads from bodies anymore (with some notable exceptions I won’t link to), we just sever ties with people who tweet insensitive things. But only some people apparently.

Given the economic woes currently facing the economy and the New Deal vibe coming out of the White House, though, The Grapes of Wrath is perhaps an even more disconcerting image elicited by Midler’s tweet. At the end of John Steinbeck’s 1939 best-selling novel, which depicted the struggles of migrant farmworkers during the Great Depression and New Deal, Rose of Sharon breastfeeds a man, a starving stranger, after her baby is stillborn.

Steinbeck’s ending is more radical than the famous 1940 film adaptation directed by John Ford. To avoid the censure and banning that the novel endured, Ford allowed executive producer Darryl F. Zanuck to dilute the ending, which Ford had already altered from the novel, to Ma Joad in the family truck proclaiming that “we’re the people – we go on.” That ending allowed viewers to interpret the movie as one family’s struggle during the Depression instead of Steinbeck’s controversial indictment of capitalism, a system where babies are born dead and grown men must suckle at the breast of women to survive.

The notion that “capitalism” caused the Depression, though, was one of the greatest dismisinfoganda coups of all time. People who misunderstood the role of the stock market saw the bust of 1929 as the cause of the downturn when, in fact, it simply signaled a recession that policymakers later turned into a depression with dumb international trade and monetary policies under Herbert Hoover, and some absolutely disastrous New Deal policies under FDR.

Government work camps helped migrant workers like the Joads but they would not have been needed in the first place were it not for a litany of government policies that I will be describing in the coming year to commemorate the 90th anniversary of the founding of the American Institute for Economic Research in 1933. Then, as now, AIER fights inflationary currency, forced collectivization, and all forms of economic unfreedom, from the New Deal to Build Back Better. Help us to help you and yours by donating here. Due to some distortionary government regulations, every lil bit counts. USD preferred; no breast milk please.

If you do have a full breast of milk, consider donating or selling it to starving babies, though perhaps not directly as wet nurses did in the days of old. It is still legal, for now, even in often crazy California to sell your milk. There is a whole science behind maximizing its production.

This article, Let Them Eat Breast Milk, was originally published by the American Institute for Economic Research and appears here with permission. Please support their efforts.