Let’s Cancel Student Loans – Not Forgive Them, But Cancel the Program 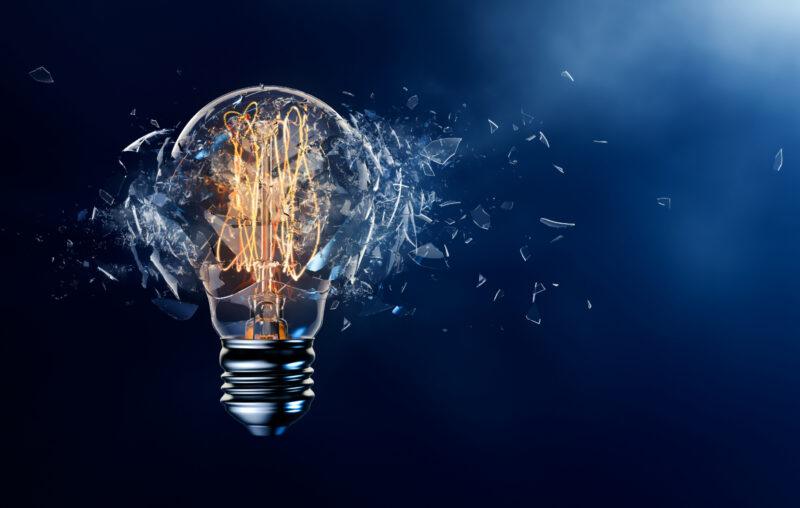 In recent weeks, the tumult in Washington has largely centered on the issue of student loans. Almost every Democrat and left-leaning pundit has come out in favor of some degree of relief for those who have amassed debts to pay for college. Rep. Ro Khanna (D-CA) for example, penned a Washington Post opinion piece with the exhortative title, “President Biden, it’s time to cancel student debt.”

What he wants the President to do is to forgive students of their payment obligations under their federal student loan contracts. It’s highly questionable whether the President has the legal authority to unilaterally forgive student debts, but let’s put aside that problem.

I’m going to argue that Congress should do something it unquestionably has the power to do, namely to repeal a statute. The statute is the Higher Education Act (HEA) of 1965, one of the many laws passed by a giddy Congress at the behest of President Lyndon Johnson. Johnson had a host of ideas for improving America through federal money and regulation—his “Great Society”—and government meddling in education was at the top of his list. Title IV of the Act created the federal student loan program.

The first question that ought to have been raised is whether the HEA was constitutional. Nothing in the Constitution authorizes Congress to legislate with respect to education. Article I, Section 8 sets forth the powers of Congress and education is not included. Education was among the great number of subjects that the Founders thought belonged to “the States or the people respectively” as the Tenth Amendment reads.

Nor does the Constitution anywhere authorize Congress (or the President) to lend money to college students—or to any other group.

If someone had asked James Madison or Benjamin Franklin or any of the other men who drafted the Constitution if it gave the new government the authority to lend money to people who wanted to go to college, the answer would have been an emphatic “No.”

Unfortunately, constitutional questions about federal programs were not being asked in the 1960s. A long series of Supreme Court decisions dating from the mid-1930s on had made it clear that the Court wouldn’t bother with challenges to federal spending and regulation. The “progressive” Justices had given broad interpretations to the General Welfare Clause and the Commerce Clause so that the intended restrictions of Article I, Section 8 were erased.

That’s too bad, because the federal student aid program has turned out to be one of the greatest blunders in our history, right up there with the income tax, the establishment of the Federal Reserve, and the pro-union National Labor Relations Act. It is responsible for the enormous increase in the cost of higher education, a vast throng of poorly prepared and disengaged students entering college, the consequent decline of academic standards, credential inflation (i.e., the requirement by many employers that applicants have college degrees if they want to be considered), and the statist drift of the country, as more and more of the citizenry has been subjected to the proselytizing of zealous faculty and administrators.

If we could take a time machine back to 1965 and show the legislators and voting public what the HEA would do, I think that it would not have been enacted.

Returning to the student debt “crisis,” it too is an unintended consequence of the HEA. It isn’t really a crisis, since most student debtors are able to handle their payments, but there are some true horror stories—students with six-figure debts who can’t even pay the mounting interest. Nevertheless, the burden of paying for very expensive college credentials that many students didn’t really want and don’t use in their work is a big economic drag.

What is the solution?

It certainly is not to decree a general forgiveness of college loan debts. That would do nothing to alleviate the problem of too many people attending too expensive colleges to obtain degrees of too little utility. It would, however, confer a great windfall on many heavily indebted graduates who have high-paying jobs in law, medicine, and other professions. They can and should pay off their loans.

A better solution that some people have advocated is to once again allow graduates who find themselves drowning in debt to have their student loan debts discharged in bankruptcy. That was permissible until 2005, when Congress decided to revise the bankruptcy law so as to make student loan debts extraordinarily difficult to escape.

Writing in the May 10 Wall Street Journal, Richard Schinder correctly observes, “Comprehensive student debt forgiveness is bad public policy. A legal regime—the federal bankruptcy system—already exists for those who truly need debt relief, with rules and consequences that are well-established.”

If student loans could be discharged in bankruptcy, the worst horror stories would be addressed. I would favor that, especially if it were coupled with a requirement that if a student discharges his student loan debts in bankruptcy, the college or university that educated him (or at least took his money in exchange for various courses) would have to cover the loss to the taxpayers. That would make schools think long and hard before they admitted academically weak students who can only make it through by taking raft of Mickey Mouse classes.

Those changes would go far toward alleviating the student loan mess, but they wouldn’t solve it. Federal student aid money would continue to prop up needlessly high tuitions and lure many marginal students into college because the financing is easy.

The solution is to eliminate federal student aid funding entirely. (And yes, I would include college assistance for military veterans.) The HEA repeal bill might be written so that five years after the date of enactment, all federal loans and grants would cease, thereby giving students and institutions time to adjust. Alternatives such as Income Share Agreements (where funders provide most or all of the money the student needs for college in exchange for a contractual commitment obligating the student to repay a percentage of his earnings for some years after graduation) would emerge. Colleges would find many ways to shed costs that add little or no educational value, like “diversity” offices.

Higher education in the US is bloated and dysfunctional because federal meddling turned it into a mass entitlement. Turn off the federal spigot and it will rapidly improve.

This article, Let’s Cancel Student Loans – Not Forgive Them, But Cancel the Program, was originally published by the American Institute for Economic Research and appears here with permission. Please support their efforts.