Leveling Down to Utopia 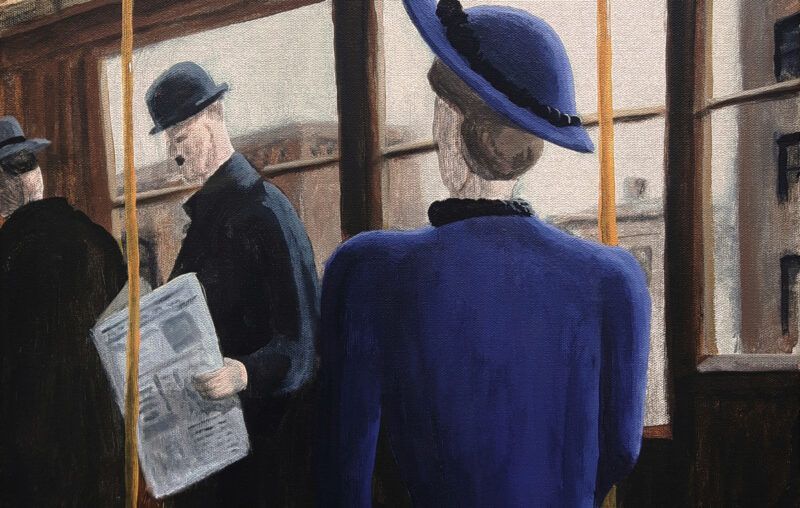 Decades ago, F. A. Hayek warned that socialism was the Road to Serfdom. He explained not only why central planning was impossible but how the attempt destroys morality: planning leads to misery and increasing control, then totalitarianism, the corruption of truth, and finally even the ability to articulate it.

Today we are heading down a similar path, recast as the freeway toward “equity” and “justice.” No student should be forced to repay loans, no retiree should be deprived of free hearing aids, and no Asian-Americans should have an advantage in college admissions based on outstanding records.

This is not, we are reassured by Democratic Socialists, the route mapped by the old, mean authoritarians, but a new way toward equal outcomes planned by the Enlightened and the Majority.

Never mind how slim the Congressional Majority might be. Never mind that some of the Enlightened promoting equity are unable to master basic grammar (“CRT is a verb”), much less math. These experts know how to fix things.

Let’s grant the possibility that they do. Let’s grant that democratically elected officials could magically solve the knowledge problem and lead us down this road in which equal outcome would follow equal outcome until no disparities existed in health, wealth, or achievement. Where would we be? What would we be?

One answer appears in “The New Utopia” (1891), Jerome K. Jerome’s response to similar socialist visions in the late nineteenth century. Jerome captures not only the appeal of those visions but their inevitable result: the leveling down of the human race.

Jerome’s tale begins with delicious irony. While savoring stuffed pheasant and a bottle of Chateau Lafitte at the Nationalist Socialist Club, the narrator learns of “the coming equality of man and the nationalization of capital.” With what Hayek would later call fatal conceit, the narrator’s friends declare that while the world had been going wrong for millennia, “in the course of the next few years or so, they mean to put it right.”

Back home, the narrator reflects on the beauty of this vision:

There would be no more of this struggling and striving against each other, no more jealousy, no more disappointment, no more fear of poverty! The State would take charge of us from the hour we were born until we died. . . . There would be no more hard work . . . no poor to pity, no rich to envy. . . nothing to think about except the glorious destiny (whatever that might be) of Humanity!

The narrator, in a satirical twist on Edward Bellamy’s Looking Backward (1888), falls asleep and awakens a thousand years later to the New Utopia. Gone is the “massive wealth and income inequality” censured by socialists then and millionaire socialist Senator Sanders now. Everything is equal.

That’s right: everything. As the narrator’s guide explains, to prevent inequalities, every person sleeps in a block of a thousand citizens, rises at the same time, dons the same grey ensemble, and eats the same vegetarian meal. If Pheasant and a glass of Bordeaux are forbidden, at least one can savor the equal privation of 999 roommates.

Furthermore, everyone’s hair is the same (black, of equal length). “What would become of our equality if one man or woman were allowed to swagger about in golden hair, while another had to put up with carrots?” the narrator’s guide demands. “Men have not only got to be equal in these happy days, but to look it, as far as can be.”

And when cosmetic adjustments are insufficient, bodies must be altered, not simply handicapped as in Kurt Vonnegut’s later “Harrison Bergeron” (1961). The government equalizes strong, handsome men by lopping off their arms, while surgically softening the brains of the intelligent.

In the New Utopia, however, the narrator’s guide admits they have few problems with superiority anymore: “I have sometimes thought . . . that it was a pity we could not level up sometimes, instead of levelling down; but, of course, that’s impossible.”

The Tyranny of the Majority

Indeed. To level up would require individual thought and achievement, impossibilities in a society determined to minimize hurt feelings and maximize the majority’s power.

For make no mistake: in Jerome’s tale, every decision is made by vote. “The MAJORITY” determines what is correct, even if it means literally cutting people down to size. As the guide explains, “A minority has NO rights.”

And that majority never ceases to find sources of envy and discomfort. Once everyone was equal in wealth and appearance, sports had to go, because “competition led to inequality.” Then any books reminding people of “the wrong notions” had to be destroyed, just as educators drop Shakespeare and Homer today. New art and literature were banned, too, “as such things tended to undermine the principles of equality. They made men think, and the men that thought grew cleverer than those that did not want to think.”

In fact, people did not want to do much of anything and made sure their neighbors didn’t, either. Even marriage was banned for its “antisocialistic”– what the Smithsonian recently called “White”–tendencies: “Each house was a revolutionary centre for the propagation of individualism and personality.”

Waking Up to Life

In such a “Utopia” without love or art or individuality, what is left?

Certainly not choice. The State manages all activities, from the propagation of the species (every spring, like cattle) to bathing, since unequal habits led to “two distinct classes, the Clean and the Dirty.”

Nor is progress conceivable. Apart from three hours of work a day, the citizens sit around discussing the Destiny of Humanity, which is “to go on being like we are now, only more so—everybody more equal . . . and everybody to have two votes instead of one.”

In fact, the narrator sees “a patient, almost pathetic, expression upon” all their faces. It then occurs to him why it was familiar: “It was just the quiet, troubled, wondering expression that I had always noticed upon the faces of the horses and oxen that we used to breed and keep in the old world.”

This is Jerome’s greatest insight: even if a society could miraculously create equal outcomes, the process of doing so would dehumanize the race.

The alternative is what the narrator faces when he awakens from the nightmare. Outside his window are men striving, “laughing, grieving, loving, doing wrong deeds, doing great deeds,—falling, struggling, helping one another—living!” It is these individual, human choices that make us alive.

As Hayek concludes in The Road to Serfdom, “A policy of freedom for the individual is the only truly progressive policy.” Even if the problems of planning could be solved, even if equality could be achieved through democracy, we would only be lumbering down a far worse path: the Road to Stupidity.

This article, Leveling Down to Utopia, was originally published by the American Institute for Economic Research and appears here with permission. Please support their efforts.