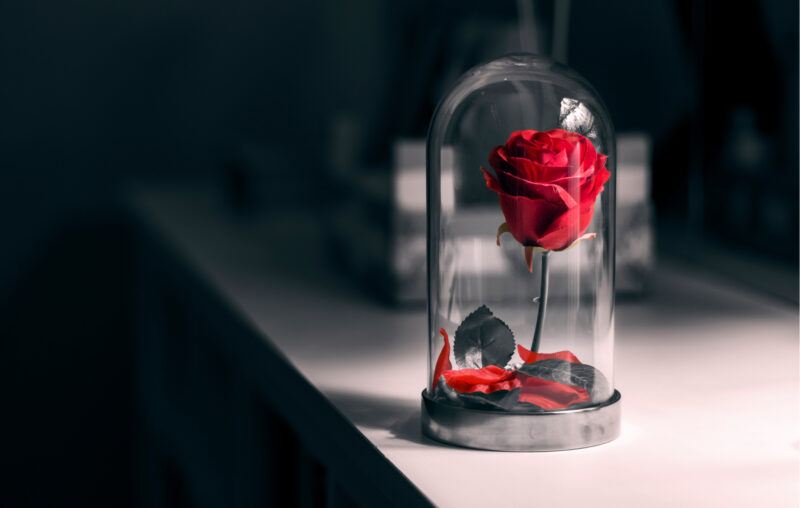 The election of Joe Biden as president magically transformed all federal agencies, ensuring that their iron fists no longer posed any peril to the American people. Or at least that seems to be what many Biden supporters, liberals, and Democrats now believe.

I stumbled upon that new catechism on a cold morning last November. I ambled online after breakfast and saw that “Deep State” was a Twitter trending topic. I tossed out my two cents: “Don’t forget how NYTimes & many liberals heaped praise on the Deep State in 2019 for its role in the first Trump impeachment.” I attached a link to my 2019 USA Today article headlined, “As the deep state attacks Trump to rave media reviews, don’t forget its dark side.” New York Times editorial writer Michelle Cottle had hailed the Deep State as “a collection of patriotic public servants,” and Washington Post columnist Eugene Robinson captured the Beltway’s verdict: “God bless the Deep State!”

The mob rules on social media

Alas, I quickly learned that I was a hopeless reactionary. Apparently, since President Trump condemned the Deep State, that proves that it doesn’t exist. And since a Democrat now occupies the White House, any mention of the Deep State is apparently a grave offense. Twitter user DoinTimeOnEarth responded to my tweet: “Why don’t you shut up & do some good instead of spreading lies?”

Twitter is a fount of wisdom because so many of its users are omniscient. Someone with the Twitter name “What?” howled: “USATODAY has gone crazy…. And no, I am not going to read a bunch of jackass nonsense before re-tweeting with this comment.” My story had 23 links to news stories, analyses, and government reports on the Deep State scandals, including Bush-era torture, National Security Agency abuses, drone killings of innocent foreigners, and other abuses of power and secrecy. The piece included links to three New York Times articles confirming the Deep State’s role in spurring the first impeachment of President Trump.

Twitter user herself “Nom of the Plume” huffed: “Liberals don’t believe in the ‘deep state.’ It goes against our radical values of being sane and educated.” I replied: “So being a smug ‘educated’ liberal means believing federal agencies don’t pervasively violate the law & Constitution? When did gullibility become a badge of political sophistication?” My response failed to placate my critics. Nom of the plume commented: “No I won’t try to have a rational conversation with irrational people…. You are extremists and terrorists.” The fact that the Justice Department Inspector General concluded that FBI agents deceived the Foreign Intelligence Surveillance Court to justify illegally surveilling the 2016 Trump presidential campaign had apparently been expunged from all historical memory — at least among progressives.

On Twitter, “likes” are the highest form of logic, and re-tweets are irrefutable truth.     Some Twitter users refuted my articles by posting rows of laughing emojis. Others debunked my errors with meme photos such as a photo of a screw next to a baseball. Some of the names of Twitter respondents reeked of piety. “Covfefe_au_lait is FULLY VAXXED+BOOSTER” sneered that “anyone who uses the phrase [Deep State] sounds ridiculous.” Mike Burridge scoffed: “I see the Right has no supply chain disruptions for stupidity. Shelves fully stocked with ignorance.” Another user growled: “Did you brew your coffee with paint thinner this morning? This is the most absolutely ridiculous thing I’ve seen this week.”

But it wasn’t simply that I was ignorant. Instead, my comment on the Deep State was sufficient proof of my mental illness. Almost 40 people liked a reply declaring: “It does not exist. It is a construct of your collective imagination lead by a diseased mind.” @NygrooveX smirked: “It must be ‘Deep State Day’ in Crazytown Today.” MindyLouAgain scoffed: “you are deranged.” Gerald Slaby summed up: “Don’t blame us [liberals] for your ignorance and insanity.” DocB wrote “don’t forget to take your medication or you end up like this.” Twitter user @antifashyst cackled: “Get professional help, Jimmy.” Where is Thomas Szasz when you need him?

I would not be surprised if almost none of the hostile respondents clicked through to read that 2019 USA Today piece. @PupperMum declared: “Please share examples. Should be easy.” You mean aside from the 20+ links in the first article? I replied to her by posting a link to an American Conservative article I wrote in February 2021 that detailed the FBI’s machinations with the Steele dossier (condemned by the Justice Department Inspector General) and the CIA’s skulduggery bankrolling terrorist groups to fuel the Syrian Civil War (Trump’s attempts to withdraw from Syria were covertly torpedoed by his Pentagon appointees). That piece concluded: “Vast secrecy means that the political system … is based on blind trust in officialdom. Pervasive secrecy defines down self-government: people merely select their Supreme Deceivers.” That received zero substantive responses from the Twitter mob.

From anti-government to pro-Deep State

That Twitter throng symbolized the sea change among Democrats in the last five years. In the 1970s, a Senate Select Committee chaired by Sen. Frank Church (D-Idaho) courageously exposed shocking abuses by the FBI COINTELPRO program and CIA spying on American citizens. In the wake of the 9/11 attacks, Sen. Russ Feingold (D-Wis.) was one of the most penetrating critics of the Bush administration’s civil liberties violations and its attempts to exempt federal law enforcement agencies from almost any restraint. In 2014, Sen. Dianne Feinstein (D-Calif.) valiantly defeated the Obama White House suppression effort to publish the summary of a Senate Intelligence Committee report exposing the CIA’s post-9/11 torture regime. Feinstein was vilified by many Republicans for exposing U.S. government crimes, but she persisted regardless.

But after Donald Trump was elected president, Democrats changed their stripes and swooned for secretive, nearly all-powerful federal agencies. A 2018 Pew survey found that 77 percent of Democrats now approve of the FBI, and 63 percent approve of the CIA. I wondered how many of the folks enraged by my tweet had bought those votary candles to pray for former FBI chief and Special Counsel Robert Mueller, whose investigation failed to prove that Trump was a Russian tool.

The fact that top CIA and FBI officials had made false allegations against the Trump presidential campaign was irrelevant as long as the resulting investigations undercut the most hated president since Richard Nixon.

The rise of the Covid gods

The same pro-Leviathan bias has radiated in liberals’ response to the Covid-19 pandemic. Government officials vastly overstated the mortality risk and then exploited Covid fears to inflict “previously unimaginable restrictions on individual liberty,” as Supreme Court Justice Samuel Alito declared. Governors in state after state effectively placed hundreds of millions of citizens under house arrest — dictates that former Attorney General Bill Barr aptly compared to “the greatest intrusion on civil liberties” since the end of slavery. The New York Times set the tone for media coverage when it announced that the task for government was to “learn how to frighten [citizens] into acting for the common good.” Shutting down entire states was the equivalent of burning witches or sacrificing virgins to appease angry viral gods.

Joe Biden was elected president in part because liberals wanted a more forceful response to the pandemic. Last August, Biden decreed that any employee of a private company with more than 100 employees must be injected with a Covid vaccine. The response from liberals and Democrats was almost entirely supportive. The fact that Biden’s order had no basis in the Constitution or federal law was irrelevant: instead, all that mattered was that the president was coming to the rescue. Washington Post editorials praised the mandates for “working” because they resulted in many individuals submitting to getting vaccinated in order not to lose their jobs. Federal appeals court rulings striking down the mandates as illegal and unconstitutional were derided or ignored by Democrats.

Similarly, Democrats have been prone to confer sainthood on Covid Czar Anthony Fauci, regardless of his endless flip-flops and his false congressional testimony about federal funding of dangerous research at the Wuhan Lab in China. Early in the pandemic, Fauci became the incarnation of coercive good intentions. Liberals posted lawn signs proclaiming “I believe in science” — implying that anyone who did not venerate Fauci and cheer politicians’ Covid crackdowns was a hopeless Neanderthal. On November 28, Fauci announced on a Sunday talk show that Republican senators who criticized him were “really criticizing science because I represent science. That’s dangerous.” On the day after Fauci effectively proclaimed “L’Science, C’est Moi,” FDA’s former top vaccine experts warned in the Washington Post that “the push for boosters for all could actually prolong the pandemic.” But liberal supporters of Fauci and Biden ignored the split in scientific opinion on Covid policy. Instead, Fauci’s job title apparently was the highest scientific evidence imaginable.

Fauci and other policymakers chose to pretend that natural immunity did not exist in the 150 million Americans who had had Covid and recovered. Instead, the federal response to COVID became like
a socialist command-and-control economic plan in which the only thing that mattered was how many arms had received multiple injections. Even though federal and state policies failed to stop the continued spread of the virus, anyone who opposed the policies was presumed to be either idiotic or misanthropic.

Liberal organizations and Democratic candidates profited massively from opposing President Trump. But was “Orange Man Bad” the sum of their political philosophy? Did the antipathy to Trump erase all historical memories?

The liberal devotion to Leviathan is especially peculiar considering the current president’s role in spawning some of the worst law enforcement abuses and prosecutions of the modern era. When he was chairman of the Senate Judiciary Committee, Biden co-wrote the 1994 crime bill, which the New York Times noted in 2019 “contributed to the explosion of the prison population.” Biden had no sympathy for anyone who violated any law Congress decreed: “Lock the S.O.B.s up!” Biden boasted in 1994 that “every major crime bill since 1976 that’s come out of this Congress … has had the name of the Democratic senator from the State of Delaware: Joe Biden.” But Biden’s role in the arrest and jailing of hundreds of thousands of Americans vanished into the Memory Hole for liberals anxious to bow to the feds.

Perhaps nothing symbolizes the new liberal creed more vividly than the New York City Council’s recent unanimous vote to remove the statute of Thomas Jefferson from New York City Hall, where it had resided for more than a century. In 1799, Jefferson warned fellow Americans: “Let no more be heard of confidence in man, but bind him down from mischief by the chains of the constitution.” It is regrettable that many liberals now have as much hostility to constitutional restraints on presidents and federal agencies as they had to that statue of Jefferson.

This article, Liberals’ Love Affair with Leviathan, was originally published by the American Institute for Economic Research and appears here with permission. Please support their efforts.