Liberals Turning Against the Lockdown Left 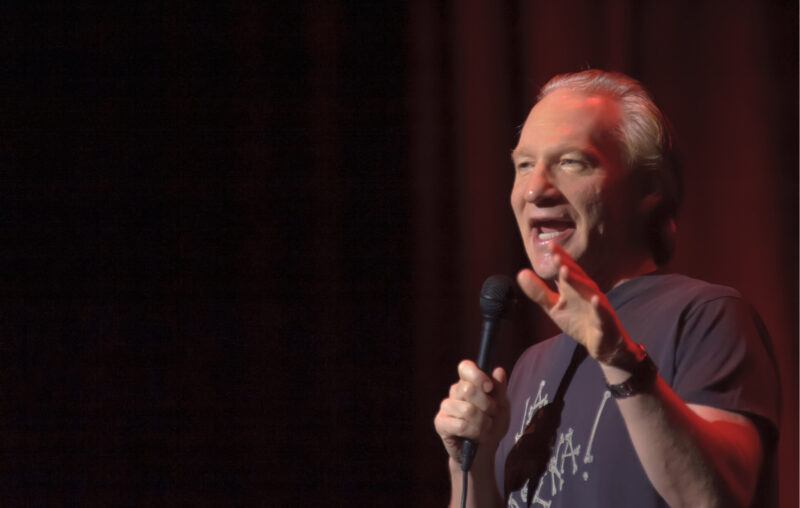 Science issues unfortunately sometimes become political issues, the most prominent example of which, as polls show, is “global climate change.” It’s not a flat “I believe; I don’t believe,” as the mainstream media would have you think, but distinctions are clear. Likewise, aspects of Covid-19 have also become politicized, including vaccines but most especially lockdowns and the various mechanisms of anti-social distancing.

The left, including the U.S. mainstream media, has always pushed a hysterical approach to both Covid spread and severity. But chinks in the armor are now appearing as it becomes clear that many want a permanent Covidocracy – lockdown forever and ever, amen.

Writing in the May 4, 2021 Atlantic, “The Liberals Who Can’t Quit Lockdown,” Emma Green admits what many of us suspected, including anti-Trumpers, that “For many progressives, extreme vigilance was in part about opposing Donald Trump.” Indeed, a survey that Bill Maher would later cite of American media coverage of the pandemic showed a significant fall-off of the “We’re all gonna die” articles right after the election.

She also gently chides some of her fellow liberals stating, “Even as scientific knowledge of Covid-19 has increased, some progressives have continued to embrace policies and behaviors that aren’t supported by evidence, such as banning access to playgrounds, closing beaches, and refusing to reopen schools for in-person learning.”

Green says this may actually be encouraging a sort of backlash on the right. “Those who are vaccinated on the left seem to think overcaution now is the way to go, which is making people on the right question the effectiveness of the vaccines.” Maybe you and I don’t think that way, but there is a logic to it.

She also takes a swipe at the National Institutes of Allergies and Infectious Diseases director, who regardless of his personal politics, has become quite the liberal Covid guru. “Anthony Fauci recently said he wouldn’t travel or eat at restaurants even though he’s fully vaccinated, despite CDC guidance that these activities can be safe for vaccinated people who take precautions.” He’s giving ammo to those reaching into their pouches.

Citing a poll this spring from the University of North Carolina’s Marc Hetherington, Green notes that “43 percent of very liberal respondents believed that getting the coronavirus would have a ‘very bad’ effect on their life,” compared to a third of those identifying as liberals and moderates.” This is not a political question and therefore it appears that those on the far left are simply more afraid of… something. That is, perhaps Covid-19 specifically, viruses generally, germs generally – or maybe of life. Maybe that could help explain their apparent eagerness to forfeit freedoms for safety or the perception of safety.

Indeed, “For this subset, diligence against Covid-19 remains an expression of political identity—even when that means overestimating the disease’s risks or setting limits far more strict than what public-health guidelines permit,” she says. She goes on to show polling data indicating that liberals apparently aren’t just acting more scared, they truly are. Fear is in the liberal makeup, as it were.

And she does acknowledge that, quoting a liberal analyst, “Some progressives believe that the pandemic has created an opening for ambitious policy proposals. “Among progressive political leaders around here, there’s a lot of talk around: We’re not going back to normal, because normal wasn’t good enough.”

Too bad she didn’t use this quote that’s been making the rounds, courtesy of “award-winning poet, activist, author & leader” Sonya Renee Taylor: “We will not go back to normal. Normal never was. Our pre-corona existence was not normal other than we normalized greed, inequity, exhaustion, depletion, extraction, disconnection, confusion, rage, hoarding, hate and lack.” So yes, support for another “right-wing conspiracy theory” that at least some on the left see in the pandemic as the equivalent of the resignation of the Czar during the dark days of World War I and therefore it serves their purpose to exaggerate the threat.

But fortunately Sonya Renee Taylor is no Lenin, nor has a Trotsky at her right hand. Meanwhile, “the empire” might be a bit shaken but it’s not collapsing, so it’s hard to say that such sentiments are either widespread or influential. Only that, yes, they certainly exist and yes, as I have noted elsewhere, public health groups and authorities often have a Marxist bent. Heck, the Director-General of the WHO is a Marxist, and his predecessor was almost certainly a member of the CCP.

Meanwhile Bill Maher, who often plays the role of the anti-left liberal, struck somewhat harder than The Atlantic’s Green. Last August he concluded his HBO show, Real Time with Bill Maher, with a swipe at those ignoring the Covid-19 and obesity connection, out of a sense of political correctness. He specifically criticized Fauci, National Institutes of Health Director Francis Collins, then surgeon general Jerome Adams, Deborah Birx, and CDC Director Robert Redfield.

But it wasn’t until his April segment, “Give it to Me Straight, Doc,” that he unlimbered his formidable big guns. He said the pandemic was being presented as “World War Z,” and railed against the “scared straight approach,” which he also characterized as “You can’t handle the truth!” a la Jack Nicholson’s famous line in A Few Good Men. “If you lie to people even for a very good cause, you lose their trust,” Maher observed.

He noted (as I observed above) that a recent analysis by the National Bureau of Economic Research showed that while other countries had a mix of Covid news (specifically as high as 60 percent early last year to less than 40% this year), the U.S. national media reported more than 90 percent bad news for most of the pandemic, falling somewhat to 80% after.

“When all of our sources have an agenda to spin us, yeah, you wind up with a badly misinformed population,” he said, and while he mocked some extreme conservative views he lashed out hardest on liberals as supposedly the “high information, by the science people.” He noted that a December Franklin-Templeton Gallup survey showed Democrats fared much worse with the question “What are the chances that a person infected with Covid must be hospitalized?” declaring “Almost 70% of Democrats are wildly off on this key question.” He added, “Shouldn’t the liberal media have to answer for ‘Why did your audience wind up believing such a load of crap about Covid?’” (Republicans also overguessed the risk, but not by nearly as much.)

“I don’t want politics mixed in with my medical decisions,” he said.

The media’s two favorite Covid-19 demons are the Texas and Florida governors, but Maher pointed out “Texas lifted their Covid restrictions recently and their infection rates went down, in part because of people getting outside … letting the sun and wind do their thing.” (Emphasis his.) I have written on the apparent protective effect of Vitamin D against Covid. He also lauded Florida’s governor as obviously highly knowledgeable about Covid-19 and that GOP governors generally “protected the elderly way better than the governor of New York,” alluding to Mario Cuomo ordering that Covid patients be put into long-term health care facilities.

He then returned to the obesity-Covid connection that I had just addressed in another publication as “The Third Rail of Covid,” using the same expression. It not only shows that overweight and obese people are more likely to be hospitalized or die with Covid, but – this just in! – research shows they’re also more likely to contract the virus – meaning they’re not just suffering, they’re spreading the suffering. Endangering others takes this to a whole new level.

“I think a lot of people died because talking about obesity has become a third rail in America,” he said. “Imagine how many lives would have been saved if there had been a national campaign,” encouraging weight loss as a defense against Covid he said. “But we’ll never know because the last thing we want to do is say something insensitive.”

He concludes by repeating his message about the Covid-obesity connection being essentially ignored: “Instead, we were told to lock down. Unfortunately, the killer was already in the house. Her name was Little Debbie.”

Still, as Maher noted, there’s been a good amount of Covid kookiness on the right, and indeed some on the right have embraced pandemic hysteria. An influential right-wing writer friend promotes the view of “Global Cosmopolitans,” a self-described group of “elites,” urging a rapid campaign to vaccinate the entire world against Covid-19. Never mind that it took 25 years to eradicate smallpox, a rather more serious disease, and The Polio Eradication Program is now in its 33rd year. Decades behind schedule, it’s now been set back even further by, yes, the Covid focus.

No political persuasion has a monopoly on pushing an agenda or on the mass psychogenic illness (mass hysteria) we’ve been seeing over the last 14 months and unfortunately, that will continue to plague us.

This article, Liberals Turning Against the Lockdown Left, was originally published by the American Institute for Economic Research and appears here with permission. Please support their efforts.

NewsWatch: U.S. stocks trade near records to kick off August on a positive note